Advanced Search
Davido, or David Adedeji Adeleke, is an American-born Nigerian singer, songwriter, and music producer. He earned a name with his first single, ‘Back When,’ and became a star after the release of his hit second single, ‘Dami Duro.’ Born in Atlanta, US, he attended school in Lagos, Nigeria, and then joined ‘Oakwood University,’ Alabama, US, to study business administration. However, he quit studies to concentrate on music and played with the group ‘KB International.’ He returned to Nigeria in 2011, and released his singles soon. Later, on his father Chief Adedeji Adeleke’s advice, he joined ‘Babcock University’ and obtained a degree in music. His debut album, ‘Omo Baba Olowo,’ fetched him several awards and nominations. He has a number of hit singles to his credit, including ‘Gobe,’ ‘One of a Kind,’ ‘Skelewu,’ ‘If,’ and ‘Fall.’ Davido was also part of the song created to support the ‘Africa Rising’ campaign. The versatile artiste is a co-owner of the label ‘HKN Music’ and has produced music for artists such as Skales, Tiwa Savage, Naeto C, and Sauce Kid. The singer has two daughters. Ugly God
DID WE MISS SOMEONE?
CLICK HERE AND TELL US
WE'LL MAKE SURE
THEY'RE HERE A.S.A.P
Quick Facts

Nigerian People
Record Producers
Lyricists & Songwriters
Black Record Producers
Black Lyricists & Songwriters
Childhood & Early Life
Davido was born on November 21, 1992, in Atlanta, Georgia, to Nigerian billionaire businessman Chief Adedeji Adeleke and his wife, university lecturer Dr. Veronica Adeleke. He is the third-born child of his parents. He has an older brother, Adewale Adedeji, and two sisters, Sharon and Ashley Coco. His mother died in March 2003. His father is the founder-president of ‘Adeleke University’ and the CEO of ‘Pacific Holdings.’ Davido and his siblings are on the board of directors of his father’s company.
Davido studied at ‘The British International School,’ Lagos. He began making music at the age of 11. According to him, he had inherited the love of entertaining people from his mother, so he names her as the inspiration behind his musical journey. He joined ‘Oakwood University,’ Alabama, to study business administration. At the university, he developed a keen interest in music. He later dropped out to focus on music. While at the university, he was part of the music group ‘KB International.’
He then went to London, where he worked on his vocals. In 2011, Davido returned to Nigeria, joined the ‘Babcock University’ on his father’s persuasion, and acquired a degree in music (2015). Reportedly, his father had helped the university financially to start a music department.
Continue Reading Below
Music Career
Davido began his music career in 2011, even before completing his studies. His first single, ‘Back When,’ was released on May 7, 2011, as the lead single of his debut album, ‘Omo Baba Olowo.’ It featured Naeto C and became quite popular. The singles ‘Dami Duro,’ ‘All of You,’ and ‘Overseas’ featured Sina Rambo, while ‘Ekuro,’ ‘Gbon Gbon,’ and ‘Feel Alright’ had Ice Prince in them.
His second single, ‘Dami Duro,’ released in October 2011 and became a major hit, turning him into a star. The video of this single, which was released in January 2012, was also appreciated. Davido’s debut album was released in 2012, and it won the ‘Best R&B/Pop Album’ and the ‘Hip Hop World Revelation of the Year’ awards at ‘The Headies 2013.’ It was also nominated for ‘Album of the Year’ award. It was nominated for the ‘Best Album of the Year’ at the 2013 ‘Nigeria Entertainment Awards.’ His singles ‘Overseas’ and ‘All of You’ were released in 2012.
Davido started working on his second studio album, ‘The Baddest,’ in 2013 and released its lead single, ‘Gobe,’ in February 2013. The song and its video were well-received and reached the second place on the ‘Premium Times’ list of ‘Top 10 of 2013.’ His next singles were ‘One of a Kind’ (May 2013), ‘Skelewu’ (August 2013), and ‘Aye’ (February 2014). The fifth single, ‘Tchelete (Good Life),’ featuring South African duo ‘Mafikizolo,’ was released in April 2014.
In June 2014, Davido worked with singers Lola Rae, Mi Casa, Tiwa Savage, and Diamond Platnumz to record a song for the ‘Africa Rising’ campaign. The song was meant to motivate his countrymen to participate in a community-based social-investment project.
Davido has signed endorsement contracts with ‘MTN’ and the mobile brand ‘Infinix Mobile.’ He signed a deal with ‘Guinness Nigeria’ and performed at the ‘Guinness World of More’ concert.
In 2016, he signed a recording contract with ‘Sony Music.’ Following this, he launched his own label, ‘DMW – Davido Music Worldwide.’ The same year, he signed with ‘RCA Records,’ an affiliate of ‘Sony,’ and released an EP named ‘Son of Mercy.’ The EP had five singles, including ‘How Long,’ ‘Gbagbe Oshi,’ and ‘Coolest Kid in Africa.’ Later, he explained that a few issues regarding creative control had prompted a renegotiation of his contract with ‘Sony Music.’
In 2017, Davido released the singles ‘If’ and ‘Fall,’ both of which were hits, with ‘Fall’ becoming the longest-charting Nigerian pop song on the ‘Billboard’ charts. During the later part of 2018, he toured the US and performed at concerts and shows in various cities.
Awards
Davido has won a number of awards. He won the ‘Best African Act’ at the ‘MOBO Awards’ (November 2017). He also won a ‘BET Award’ in 2018. Some of the other awards won by him are ‘The Headies Award,’ the ‘Nigeria Entertainment Award,’ the ‘MTV Award,’ the ‘African Music Award,’ the ‘African Music Magazine Award,’ and the ‘Kora Award.’
Family & Personal Life
Davido has two daughters. His ex-girlfriend, Sophia Momodu, gave birth to his first daughter, Aurora Imade, on May 14, 2015. After the two broke up, there were allegations and controversies over the custody of the child. His second daughter, Hailey Veronica, from his American girlfriend, Amanda, was born in May 2017. He is currently in a relationship with his university friend Chioma Avril.
Owing of his aggressive behaviour, he has been involved in some controversies with law enforcement agents.

See the events in life of Davido in Chronological Order 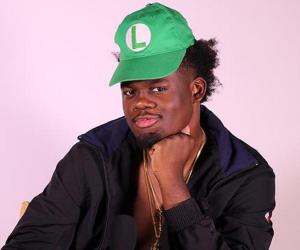