David Zayas is a Puerto Rican actor who has earned popularity for his roles in TV shows such as ‘Dexter’ and ‘Gotham.’ He has also appeared in movies like ‘Annie’. He was born in Puerto Rico and raised in New York. Before embarking on his acting career, he was in the United States Air Force, and later an officer in the NYPD. He began his acting career mostly playing law enforcement officers. His early works included guest roles in TV shows such as ‘Law & Order’ and ‘Feds’. His most important role so far was in the crime drama series ‘Dexter’, which was about a forensic technician who also lives the life of a vigilante serial killer. The series was a hit, and Zayas earned a Satellite Award in the ‘Best Supporting Actor’ category. He is also known for his role in the TV series ‘Gotham’, which is a prequel to the story of the popular superhero Batman. His performance in the musical comedy film ‘Annie’ was appreciated as well. Image Credit
https://www.youtube.com/watch?v=dcnyAvJGm7A
(Art of the Drink)
Previous   Next

Angelo Pagan
DID WE MISS SOMEONE?
CLICK HERE AND TELL US
WE'LL MAKE SURE
THEY'RE HERE A.S.A.P
Quick Facts

American People
Puerto Rican People
Puerto Rican Men
Leo Actors
American Actors
Actors Who Are In Their 60s
Career
David Zayas’s acting career began with guest roles in episodes of TV shows such as ‘Law & Order’, ‘Feds’, ‘Third Watch’, and ‘NYPD Blue’. His first recurring role was in the drama series ‘The Beat’. The series explored the day-to-day lives of two uniformed police officers. His early works on the big screen include ‘Scar City’ (1998), ‘Bringing Out the Dead’ (1999), ‘Sam the Man’ (2001), and ‘Washington Heights’ (2000).
His next recurring role on TV was in the drama series ‘Oz’. The series aired from 1997 to 2003, and Zayas made his appearance in 2000-03. The series received much appreciation from the critics. He also continued to appear in guest roles in TV shows like ‘Law & Order: Special Victims Unit’ and ‘Guiding Light’. His popularity reached new heights after he started portraying Angel Batista, one of the lead characters in the crime drama thriller series ‘Dexter’. The series was about a forensics officer who also lives a double life as a vigilante serial killer. It was praised by the critics and the audience alike. David Zayas won a Satellite Award for Best Supporting Actor for his role. He also earned a nomination for a Screen Actors Guild Award.
In 2007, he had a small role in the legal thriller film ‘Michael Clayton’. The film, which earned several awards, was also a major commercial success. His next important work on the big screen was in the action film ‘The Expendables’. The film was directed by Sylvester Stallone. The reviews were mixed to negative. However, the film was a huge success commercially. It earned over $270 million on a budget of $80 million. He appeared in several movies like ‘Shadowboxing’ (2010), ‘Samuel Bleak’ (2013) and ‘Ride’ (2014) in the ensuing years. He also made guest appearances in several TV shows, such as ‘Grimm’ and ‘The Following’. He had a recurring role in the crime drama series ‘Gotham’ in 2014 and 2015.
In 2014, he also had an important role in the musical comedy film ‘Annie’, which was directed by Will Gluck. The film was a commercial success, though its reviews were mostly unfavorable. His next significant works on TV were ‘Bloodline’, ‘Shut Eye’ and ‘Blue Bloods’. Meanwhile, he continued appearing on the big screen and played a role in ‘Shine’, a biographical drama film.
Recommended Lists:

Puerto Rican Actors
American Film & Theater Personalities
Puerto Rican Film & Theater Personalities
Leo Men
Continue Reading Below
Family & Personal Life
David Zayas was born on 15th August 1962, in Ponce, Puerto Rico, US. Not much is known regarding his early life.
He worked in the US Air Force as well as in the New York City Police Department before he became an actor. He has been married to Liza Colon-Zayas since 1998. 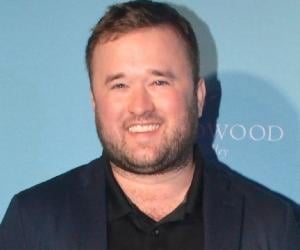