(Actor and Producer Best Known for His Films ‘The Usual Suspects’, ‘Basquiat’ and ‘Snatch’)

Advanced Search
Benicio Del Toro is a Puerto Rican born American actor and film producer who rode into the hearts of his fans with his portrayal of the Mexican cop Javier Rodríguez in ‘Traffic’ that won him an Academy Award for Best Supporting Actor. Before entering mainstream cinema, he was a television actor playing the roles of small-time villains in T.V serials. As a teenager, he was influenced by his lawyer father to study business at the University of California. He, once, took a class in acting by chance and got hooked to it. He dropped out of his business course without telling his father and began studying acting at the Circle in the Square Professional Theatre School, New York. He began working as a T.V actor gradually moving in to films. As a 21 year old, he played one of the henchmen in the James Bond movie ‘Licence to Kill’, becoming the youngest ever actor to be cast as a Bond henchman. He got a big breakthrough in ‘The Usual Suspects’ and his portrayal of the wisecracking Fred Fenster cemented his reputation as a character actor. His role as the former convict, Jack Jordon, in the drama film ‘21 Grams’ was much appreciated by fans and critics alike and earned him many awards and nominations. Marcel Ruiz
DID WE MISS SOMEONE?
CLICK HERE AND TELL US
WE'LL MAKE SURE
THEY'RE HERE A.S.A.P
Quick Facts

Puerto Rican People
T V & Movie Producers
Puerto Rican Men
University Of California, San Diego
Tall Celebrities
Childhood & Early Life
Benicio Del Toro was born in Puerto Rico to Gustavo Adolfo Del Toro and Fausta Genoveva, who were both lawyers. He is of mixed ancestry and was raised a Roman Catholic.
His mother died when he was nine years old and his father relocated to Pennsylvania, U.S, from where he completed high school.
At the advice of his father, he enrolled for a degree in business at the University of California but after taking a class in acting he realized that he wanted to pursue drama as a full-time career.
He dropped his business course and started attending classes in the Circle in the Square Professional Theatre School without telling his family. He then went to study at the prestigious Stella Adler Conservatory on a scholarship. 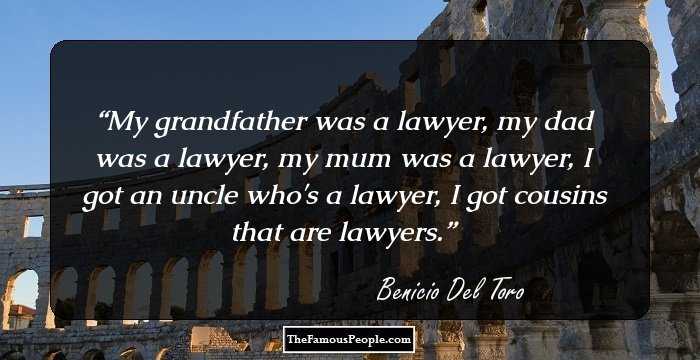 Continue Reading Below
Career
Del Toro began his acting career by playing a small role in the T.V program ‘Miami Vice’ in 1987. He acted in other programs as well, mostly playing the part of a small-time thug or villain.
He made his movie debut in ‘Big Top Pee-wee’ as Duke the Dog-Faced Boy in 1988 but the film did not do well. He got noticed in his second film ‘Licence to kill’ (1989) for his role as Dario, a henchman.
He acted in ‘The Indian Runner’ (1991), ‘Fearless’ (1993), ‘Money for Nothing’ (1993), and ‘Swimming With Sharks’ (1994) over the next few years.
He got a big breakthrough in ‘The Usual Suspects’ released in 1995 for his role as Fred Fenster. He got noticed for his acting skills and also earned his first Academy Award nomination.
He received many acting offers post his success in ‘The Usual Suspects.’ He did four films in 1996 - ‘The Funeral, ‘The Fan’, ‘Basquiat’ and ‘Joy Ride.’
In 2000, he played the role of Javier Rodr�guez in ‘Traffic’, a crime drama that explores the illegal drug trade from different angles. The film was a critical as well as a commercial success.
He did two other movies in 2000, ‘The Way of the Gun’ and ‘Snatch.’ He appeared in a cameo as himself in ‘Bread and Roses.’
His film ’21 Grams’ was released in 2003. He played the role of a former convict who accidentally kills a man and his children in an automobile accident. The film received positive reviews.
Over the next few years, he acted in films like ‘Sin City’ (2005), ‘Che’ (2008) and ‘Somewhere’ (2010). He is a busy actor and has many upcoming films lined up for future release.
Continue Reading Below 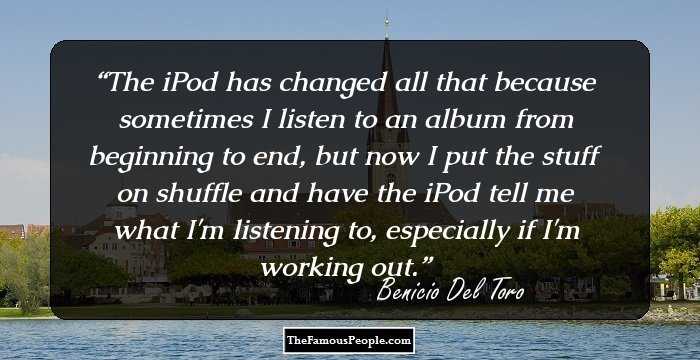 Major Works
Del Toro’s most successful film so far has been ‘Traffic’ (2000). He played the role of a conflicted though honest police officer, Javier Rodriguez. He received critical appreciation for his performance and won many awards for this role, including his first Academy Award.
His portrayal of a born-again Christian ex-convict, who kills a family in an automobile accident in ‘21 Grams’ (2003), was quite appreciable. The film was a critical as well as a commercial success and earned many awards and nominations.
Awards & Achievements
He won the Academy Award for Best Supporting Actor for his role of Javier Rodr�guez in the 2000 crime drama film ‘Traffic.’ He also won a BAFTA Award for Best Actor in a Supporting Role for the same.
He was named the Best Supporting Actor by the Los Angeles Film Critics Association in 2003 for his role of Jack Jordan in ‘21 Grams.’ He received an Academy Award nomination for Best Supporting Actor for this film.
He won the Best Actor Award at The Cannes International Film Festival in 2008 for the portrayal of Che Guevara, in the 2008 biopic ‘Che.’ 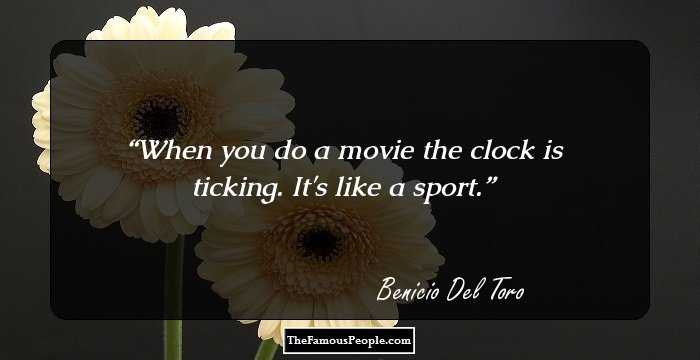 Quotes: Like
Personal Life & Legacy
Del Toro is not married but has a daughter named Delilah with Kimberly Stewart.
Trivia
He is related to basketball player Carlos Arroyo and singers Rebeca Del Toro and Eliseo Del Toro.
He is jokingly called the "Spanish Brad Pitt."
In Spanish, the term "Del Toro" means "of the bull". 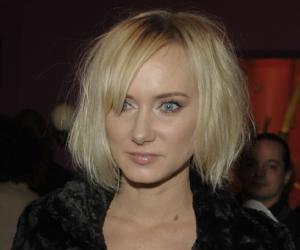