David Tennant is a well-known Scottish actor and voice actor known for his roles of the Tenth Doctor in the British TV series 'Doctor Who', Alec Hardy in the crime drama series 'Broadchurch', and Kilgrave in the Marvel web TV series ‘Jessica Jones.’ He also had a role in the film 'Harry Potter and the Goblet of Fire', the fourth film in the popular Harry Potter movie franchise. Born in West Lothian, Scotland, he decided to become an actor at a very early age, after being inspired by the British sci-fi series ‘Doctor Who’. He used to act during his school days as well. He also started taking Saturday classes at the Royal Scottish Academy of Music and Drama to hone his skills and frequently collaborated with the Royal Shakespeare Company. After appearing in small but challenging roles in several stage productions and TV series, he eventually bagged his first major role in the drama series ‘Takin' Over the Asylum.’ In the ensuing years, he successfully established himself as a talented actor with powerful performances both on the small and the big screen. 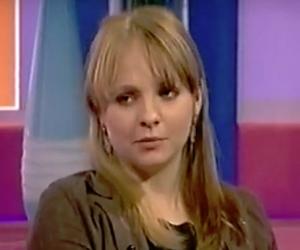 British People
Scottish People
Voice Actors
British Men
Scottish Men
Tall Celebrities
Childhood & Early Life
David Tennant was born as David John McDonald on 18th April 1971, in the Bathage section of West Lothian, Scotland. His father was Alexander McDonald, a minister, and his mother was Helen McLeod. He has one sister and one brother.
He was fond of watching TV from his childhood. He became a huge fan of the sci-fi series ‘Doctor Who,’ in which he would eventually play the lead role one day.
He appeared in school plays at the Ralston Primary and Paisley Grammar School. Later on, he was accepted into the Royal Scottish Academy of Music and Drama. Since there was already another David McDonald in the actors’ Equity union, he had to change his last name to Tennant. During his early years, he mostly appeared in advertisements.
Continue Reading Below
Career
David Tennant was still in high school when he made his professional acting debut. His first role on TV was in an episode of the British TV series ‘Dramarama’. His first important role was in the British TV series ‘Takin’ Over the Asylum’, which was about a hospital radio station in a Glasgow psychiatric hospital.
He earned critical acclaim for his collaborations with the Royal Shakespeare Company. He was appreciated for his role in the 1996 production of ‘As You Like It’. In cinema, his first lead role was in the 1998 romantic comedy drama film ‘L.A. Without a Map’, which was directed by Mika Kaurismäki.
His next important work on the big screen was in the 2005 fantasy film ‘Harry Potter and the Goblet of Fire’, which was the fourth installment of the famous Harry Potter film series. He portrayed a death eater named Barty Crouch Jr. The film was a huge commercial success, and also won multiple awards.
He reached the peak of his career after he started playing the lead role of ‘The Doctor’ in the popular British TV series ‘Doctor Who’. The show, which originally aired from 1963 to 1989, was very popular in Britain and had also acquired a cult status in other countries. It was re-launched in 2005, with Tennant in the lead role.
His other popular works include the British TV series ‘Casanova’, which aired in 2005. He appeared in many TV shows over the years, mostly in guest roles. He played important roles in shows, such as ‘Single Father’, ‘Broadchurch’, and ‘The Escape Artist’. Over the years, he also acted in several films, such as ‘Glorious 39’ (2009), ‘Fright Night’ (2011), ‘The Decoy Bride’ (2011), ‘Danger in the Manger’ (2014) and ‘Mad to be Normal’ (2017).
Major Works
David Tennant played the lead role in the British sci-fi series ‘Doctor Who’, when it was re-launched in the year 2005. The series revolved around the adventures of a Time Lord called ‘The Doctor’, a being from a different planet, who explores the universe in a time travelling spaceship. The show earned huge popularity and won numerous awards including the British Fantasy Awards and the National Television Awards.
Tennant played the role of a death-eater in the fantasy film ‘Harry Potter and the Goblet of Fire’, the fourth film of the popular Harry Potter franchise. Directed by Mike Newell, the film was a huge commercial success, earning nearly $900 million on a budget of $150 million. The film won several awards and nominations as well, including an Oscar nomination in the ‘Best Art Direction’ category.
He played one of the main roles in the horror comedy film ‘Fright Night’. Directed by Craig Gillespie, the film was about a teenage boy who discovers that his neighbor is actually a vampire. This leads to a battle between the two. The film was an average success commercially, earning $41 million on a $30 million budget. The film was met with positive reviews.
Awards & Achievements
David Tennant has received numerous awards in his career. His performance in ‘Doctor Who’ won him several awards, such as the National Television Awards for ‘Outstanding Performance’ (2006) and ‘Most Popular Actor’ (2007) as well as the BAFTA Cymru Award for ‘Best Actor’ (2007).
Other awards won by him include the Royal Television Society Program Award for his role in the TV series ‘Single Father’ (2011), an Emmy Award for his voice role in ‘Star Wars: the Clone Wars’ (2012), and a BAFTA Scotland Award for his role in the thriller TV series ‘The Escape Artist’ (2014).
Personal Life
David Tennant married actress Georgia Moffett on 30 December 2011. They have four children, including one child from Moffet’s previous relationship who Tennant has adopted.
Though he has not revealed much about his religious beliefs, he has stated that he goes to the church occasionally.

See the events in life of David Tennant in Chronological Order