Advanced Search
David Irving is a British discredited historian, Nazi apologist, and author who became infamous for being a Holocaust denier. Growing up neglected by his father, he had to overcome scarcity and deprivation. As a historian, he researched the military and political history of World War II, especially Nazi Germany. He has authored books like ‘The Destruction of Dresden’, ‘The Mare’s Nest’, ‘Hitler's War’, ‘Churchill's War’, ‘Goebbels: Mastermind of the Third Reich’, etc. For most part of his career, he advocated the idea that Hitler had never ordered the ‘Final Solution’ or genocide of the Jews and that the gas chambers of Auschwitz were a myth. Such radical statements landed him in legal trouble in countries like Austria and Germany where Holocaust denial is a serious offence. He was barred from visiting these countries and had to spend some time in prison. He was also fined heavily after he lost the defamation case against historian Deborah Lipstadt. By the turn of the century he was declared bankrupt. Although most of his books have now lost credibility, he continues to give lectures to selective like-minded audiences. Richard Dawkins
24th March In History
DID WE MISS SOMEONE?
CLICK HERE AND TELL US
WE'LL MAKE SURE
THEY'RE HERE A.S.A.P
Quick Facts

British People
Imperial College London
University College London
Aries Writers
Male Writers
Childhood & Early Life
David Irving and his twin brother Nicholas were born in Essex, England on March 24, 1938 to parents Beryl and John Irving. John served in the Royal Navy while Beryl wrote and illustrated children’s books. The twin brothers also had two other siblings.
After surviving a war incident at sea in 1942, John Irving abandoned his family and the children grew up amidst deprivation and hardships.
David completed A level at Brentwood School. He then studied Physics at Imperial College and Political Economy at University College, London but had to quit both times due to monetary shortage.
He was editor of ‘Carnival Times’, a student magazine of the University of London Carnival Committee. In 1959, he added a controversial article in the magazine glorifying Hitler and attempted to avoid disparagement by holding up the magazine’s “satirical” nature. 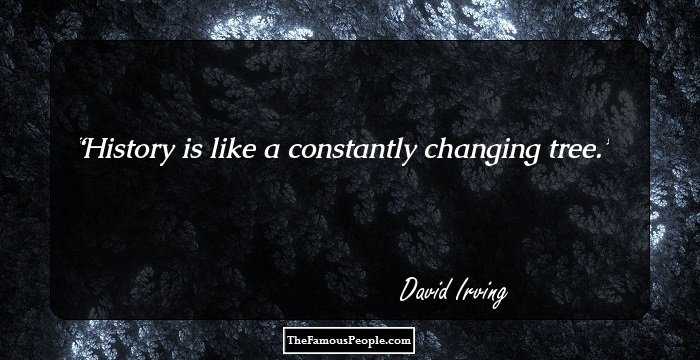 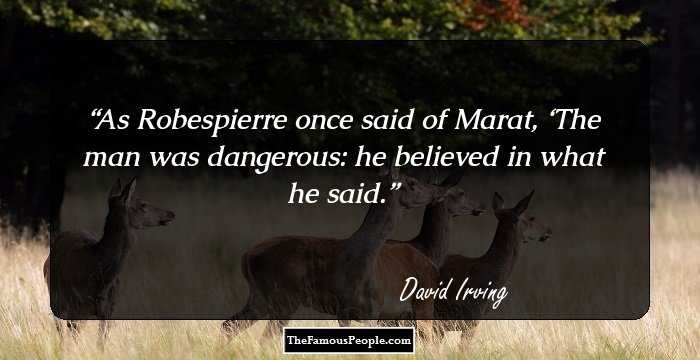 Major Works
‘The Destruction of Dresden’ (1963), an international best seller, is an account of the Allied bombing of Dresden in February 1945, during World War II.
‘The Mare's Nest’ (1964), is an account of the German V-weapons campaign of 1944–45 and the efforts of the Allies to counter it (Operation Crossbow). The book details both sides of the story. It continues to be well received by reviewers although Irving himself has lost much credibility.
‘Hitler's War’ (1977), the first of his two-volume biography of the German Führer, is his “flagship” work covering three decades of research. It describes World War II from Hitler’s point of view. It was followed by the prequel ‘The War Path’ (1978).
Family & Personal Life
In Spain 1961, David Irving met and married María del Pilar Stuyck; the couple had four children together. They divorced in 1981.
In 1992, David Irving entered a relationship with a Danish model, Bente Hogh. Their daughter was born in 1994.

See the events in life of David Irving in Chronological Order