David Michael Hasselhoff, also known by his nickname 'The Hoff', is a famed American actor, singer, producer, as well as a businessman. He first came to prominence with his role in the American TV soap opera 'The Young and the Restless'. The show was a huge success not only in America, but also in other countries. He gained further popularity for his role in the American action drama series 'Baywatch'. The show became one of the most watched shows in TV history. Though he is mostly known for his roles in television, Hasselhoff has also acted in several films. He played an important role in films such as 'Click', an American science fiction film which was directed by Frank Coraci. The film earned an Oscar nomination. He also appeared in 'DodgeBall: A True Underdog Story,' an American sports comedy film which was written and directed by Rawson Marshall Thurber. As a singer he has released several studio albums such as 'Looking for Freedom', 'Everybody Sunshine' and 'This Time Around'. The awards he has won include the 'Bravo Otto' award, and the 'People's Choice Award'. He had also set a Guinness World Record as the most watched man on TV at the height of his career. Dwayne Johnson
17th July In History
DID WE MISS SOMEONE?
CLICK HERE AND TELL US
WE'LL MAKE SURE
THEY'RE HERE A.S.A.P
Quick Facts

American People
T V & Movie Producers
American Men
Maryland Actors
California Institute Of The Arts
Childhood & Early Life
David Michael Hasselhoff was born on 17th July 1952 in Baltimore, Maryland, in the United States. His father Joseph Vincent Hasselhoff worked as a business executive, and his mother Dolores Therese was a homemaker.
Hasselhoff mostly grew up in Jacksonville, Florida and later in Atlanta, Georgia. He did his schooling from Marist High School. At the age of seven, he made his theatrical debut in the popular play ‘Peter Pan’. Since then, he had wanted to have a successful career on Broadway.
In 1970, he graduated from Lyons Township High School. Then he attended Oakland University for his higher studies. Later Hasselhoff attended the California Institute of the Arts, from where he graduated with a degree in theatre. 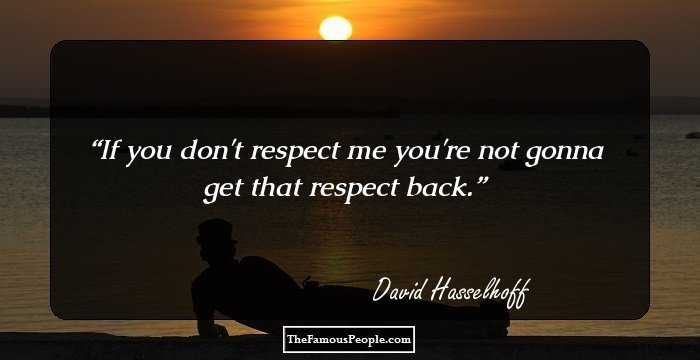 Continue Reading Below
Acting Career
David Hasselhoff first came to fame with his portrayal of Dr. Snapper Foster in the popular American soap opera ‘The Young and the Restless’. Created by William Bell and Lee Philip Bell, the show earned huge popularity not only in America but also internationally. It won nine Emmys. Hasselhoff left the show in 1982.
He next played the lead role in the American sci-fi TV series ‘Knight Rider’. The show, which was created as well as produced by Glenn A. Larson, starred him as a modern day crime fighter who is equipped with high technology. The show earned a lot of popularity and appreciation.
David Hasselhoff’s popularity increased after he played the lead role in the American action drama series ‘Baywatch’. The show started airing in 1989 on NBC. Even though the show was cancelled for some time, it was later revived and eventually became one of the most watched TV shows in the world.
Along with his appearances in successful TV shows, Hasselhoff has also appeared in several movies. He played the lead role in the 1988 Italian horror film ‘Witchery’, which was directed by Fabrizio Laurenti. In 1991, he appeared in the TV movie ‘Knight Rider 2000’. The film was a sequel to the TV series ‘Knight Rider’, where he had played the lead role.
In 2000, he made his Broadway debut with the play ‘Jekyll and Hyde’ adapted from the famous novel by RL Stevenson named ‘The Strange Case of Dr Jekyll and Mr Hyde’.
The movies he appeared in the next few years include ‘Dear God’ (1996), ‘Legacy’ (1998), ‘Fugitives Run’ (2003) and ‘Click’ (2006). He has also worked in popular TV shows such as ‘Dancing with the Stars’ and ‘America’s Got Talent’.
Some of his latest works are his role in ‘Piranha 3DD’, a 2012 American 3D comedy horror film, which was directed by John Gulager, and his role in the 2017 action comedy film ‘Baywatch’ which is based on the TV series of the same name. His latest appearance on TV was in ‘Sharknado: The 4th Awakens’, where he played a supporting role. 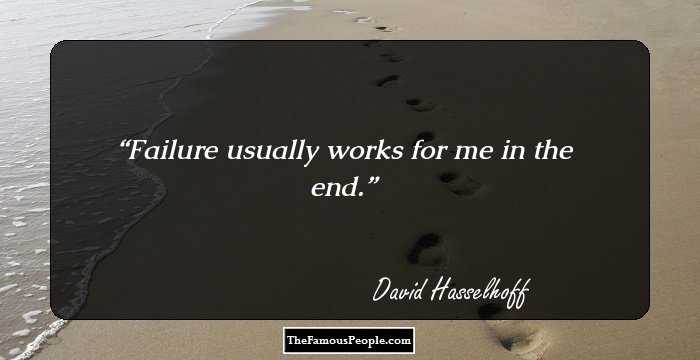 Musical Career
In 1985, he released his debut studio album ‘Night Rocker’. It peaked at the first position on the Austrian Albums Chart and at thirtieth position on the German Albums chart. He released several other studio albums over the next few years including ‘Looking for Freedom’ (1989), ‘David’ (1991) and ‘Everybody Sunshine’ (1992).
Continue Reading Below
Hasselhoff’s latest album ‘This Time Around’ was released in 2012.
Major Works
David Hasselhoff first came to popularity for his role in ‘The Young and the Restless’, a popular American soap opera which was created by William J. Bee and Lee Philip Bell. The story revolved around two families, one very wealthy and the other working class. The show earned huge popularity not only in America but in several other countries as well. It won a total of nine Daytime Emmy Awards.
‘Witchery’, one of David Hasselhoff’s early films, was an Italian horror movie, directed by Fabrizio Laurenti. With Hasselhoff in the lead role, the movie also starred Linda Blaire, Catherine Hickland and Annie Ross. The story was about a man and his lady friend who visit an island to do research on witchcraft. However, because of a severe storm they are unable to leave the island. They also come across a witch who tries to kill them at any cost.
Hasselhoff’s role in ‘Baywatch’ can be regarded as the most important work in his career. The show was created by Michael Berk, Douglas Schwartz and Gregory J Bonann. The story revolved around a team of lifeguards and their work which involved saving people from shark attacks, earthquakes, storms, etc. ‘Baywatch’ became popular all over the world, and eventually it became one of the most watched shows on TV.
He played a supporting role in the 2006 sci-fi comedy film ‘Click’. The movie was directed by Frank Coraci, and the cast included Adam Sandler, Kate Beckinsale, Christopher Walken, and Henry Winkler alongside David Hasselhoff. The movie was a commercial success and received average reviews. It was nominated for an Oscar as well. 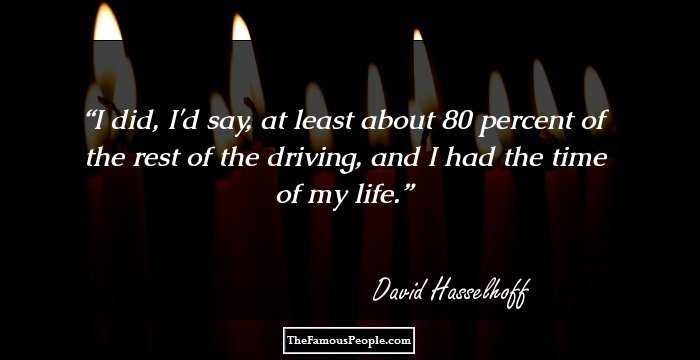 Awards & Achievements
David Hasselhoff has won the ‘Brave Otto Award’ a total of four times. He has also won the ‘People’s Choice Award’ and the ‘TV Land Award’.
He was given a star on the Hollywood Walk of Fame in 1996.
In 2005, he won the ‘Bollywood Movie Award’ for ‘International Star of the Year’.
Personal Life
David Hasselhoff married actress Catherine Hickland in March 1984. They divorced after five years.
His second wife was actress Pamela Bach, whom he married in 1989. They had two daughters. The couple divorced in 2006.
He has been dating Hayley Roberts since 2013.

Quotes By David Hasselhoff | Quote Of The Day | Top 100 Quotes

See the events in life of David Hasselhoff in Chronological Order