David Bale was an English businessman and social activist. He initially worked as a commercial pilot with the British Airways. Later, he became an entrepreneur and ran a commuter airline in England and dealt in imported jeans and skateboards. However, he is better known for his social activism and his passion about the protection of environment and the welfare of animals. His relentless effort towards raising awareness about animal rights and environment degradation and his numerous humane undertakings is his real legacy. He was also passionate about the spread of adult education in developing countries. Social equality and justice was something close to his heart and he was once banned from returning to South Africa during the days of apartheid as he had opposed racial segregation at that time. David Bale was highly respected and admired for the tireless work that he did for education, environment and animals. He was on the board of the animal rights group Ark Trust, which was later renamed the Hollywood office of the Humane Society of the United States. HSUS focuses on animal welfare and raises awareness about issues such as factory farming, animal blood sports and wildlife abuse.

He also supported the cause of gorillas and worked for safeguarding their natural home. He was a board member of the Dian Fossey Gorilla Fund International, which worked for the prevention of poaching of the mountain gorillas.

His empathy for animals, regularly saw him tending to injured animals and taking them to clinics in the United States and finding homes for stray animals. Things like providing water for the birds of New York during heat wave, trying to save wetlands for migrating birds from developers and fighting to prevent the cutting down of trees on the Manhattan Beach for real estate development was regular part of his existence.

David Bale was an educationist too and was a board member of World Education Inc, a Boston-based organisation which ran non-formal adult education programs in less developed parts of the world.

David Bale was born in South Africa on September 2, 1941 and his full name was David Charles Howard Bale. His parents hailed from England and he was their only child. David Bale grew up in England, Egypt and the Channel Islands. In 1990 he moved to Los Angeles, America.

David Bale was thrice married. His first marriage was to Sandra Kreunen which ended in a divorce in 1964. His second marriage, which took place in England in 1972, was to Jenny James. That too ended in a divorce in 1991. He has four children. His eldest daughter Erin is from the first marriage and Louise, Sharon and Christian are his children from the second marriage.

His son, Christian Bale, is a well-known actor and he won an Oscar for the best supporting actor for the 2010 film, The Fighter. Christian he too is an activist and supports Sea Shepherd Conservation Society, Greenpeace and the World Wildlife Fund.

David Bale married for the third time in September 2000, to a well-known American journalist, feminist, activist and author, Gloria Steinem. She was one of the faces of the American feminist movement in the late 1960s and early 1970s. She also co-founded the Ms. magazine.

The wedding took place in Oklahoma. However, their marriage was short-lived as he died of brain cancer on 30 December 2003. No funeral or memorial service was held in his memory as per his wishes.

David Bale had been facing deportation from the United States for overstaying his visa in 2000 and some reports said that he had married Gloria Steinem in view of his immigration status. However, both of them denied the allegations. He was initially granted ‘conditional residency’ which allowed him to stay in America for two years.

Some questions were also asked about Gloria Steinem’s past views on marriage, as she had been critical about the institution in the past and had called it a model for slavery law. However, after marrying Bale, she said that she had not changed, but times had changed and an equal marriage was possible in the given circumstances.

See the events in life of David Bale in Chronological Order 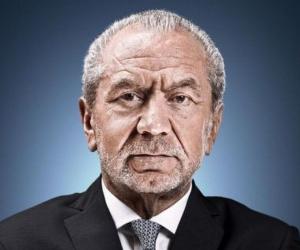