For more than six decades now, David Attenborough has been the voice of natural history programs around the world. His contribution towards broadcasting and wildlife film-making are unparalleled. His penchant for taking on new projects and turning them into universally acclaimed broadcasts is what makes him a legend in his field. Even his most vehement critics cite his programs as the epitome of public service broadcasting. He is the first known broadcaster to have treated this subject with a great deal of sincerity. He researched the latest discoveries, gained the trust of the scientific community, introduced innovative shots, focused on events, and consciously restricted his on-screen presence. Such is the impact of his wildlife series that he has been hailed as ‘the great communicator’ and ‘the peerless educator.’ However, he has received criticism for presenting a very false picture of idyllic wilderness, which draws the attention away from the threat of encroachment that humans pose on wild flora and fauna. He cites overpopulation and creationism as primary causes for environmental problems and the decline of wild life diversity. British People
British Men
Male Scientists
Male Biologists
Taurus Scientists
Childhood & Early Life
David Attenborough was born on May 8, 1926, in Isleworth, Middlesex, England, to Mary and Frederick Attenborough, the principal of the ‘University College,’ Leicester. At a young age, he became interested in collecting fossils, stones, and natural specimens.
He was educated at the ‘Wyggeston Grammar School for Boys.’ In 1945, he won a scholarship to ‘Clare College’ of ‘Cambridge University’ from where he obtained a degree in natural sciences.
In 1947, he was called up for national service in the ‘Royal Navy’ and spent two years stationed in North Wales and the Firth of Forth. 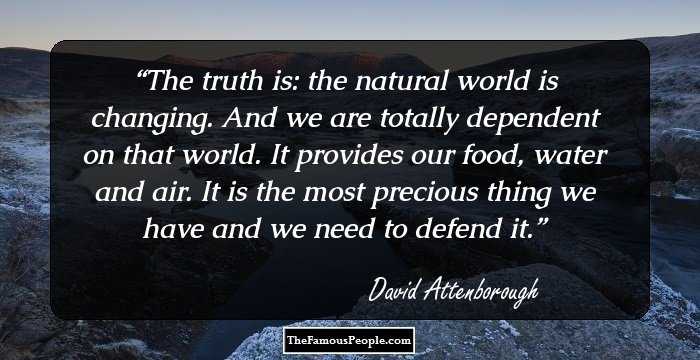 Quotes: Need
Continue Reading Below
Career
After his stint in the Navy, he joined the ‘BBC’ in 1952 and subsequently became a producer for the Talks department. His earliest projects included a series titled ‘Animal, Vegetable, Mineral? and Song Hunter.’
A three-part series ‘The Pattern of Animals’ led to a series about an animal-collecting expedition. ‘Zoo Quest’ was first broadcast in 1954 and became the first of his many ‘Natural History Unit’ productions under ‘BBC.’
Following the establishment of the ‘BBC Natural History Unit’ in 1957, he formed the ‘Travel and Exploration Unit’ to help him front ‘Zoo Quest’ as well as ‘Travellers' Tales’ and ‘Adventure’ series.
In the early 1960s, he resigned from ‘BBC’ to study social anthropology at the ‘London School of Economics,’ but returned to ‘BBC’ as controller of ‘BBC Two.’
In 1965, he became the controller of ‘BBC Two.’ He included music, arts, entertainment, archaeology, experimental comedy, travel, drama, sport, business, science, and natural history in the schedule.
In 1967, when ‘BBC Two’ began its color broadcast, he introduced televised snooker and the ‘BBC2 Floodlit Trophy’ to television.
In 1969, he was promoted as director of programs, responsible for the output of both ‘BBC’ channels. However, he denied the opportunity and returned to his first love, which is broadcasting.
In 1975, he presented ‘The Tribal Eye,’ ‘The Explorers,’ and ‘Fabulous Animals.’ A year later, ‘BBC’ signed a co-production deal with ‘Turner Broadcasting’ to move ‘Life on Earth’ into production.
‘Life on Earth’ and ‘The Living Planet,’ broadcast in the 70s, were researched and broadcast using computer technology, thereby etching his name in broadcasting history and generating huge international sales for the ‘BBC.’
Continue Reading Below
In the early 1990s, he presented ‘Life in the Freezer’ and ‘The Private Life of Plants.’ The latter used time-lapse photography to show the sped up version of the growth of plants.
‘The Life of Mammals,’ broadcast in 2002, used low-light and infrared cameras to reveal the behavior of nocturnal mammals. ‘Life in the Undergrowth’ exploited macro photography to capture natural behavior of very small creatures.
‘Life in Cold Blood,’ broadcast in 2008, showcased reptiles and amphibians, thereby completing his collection of programs on all major groups of terrestrial animals and plants.
He has worked on 3D documentaries for ‘Sky 3D,’ a two-part series on the origins of vertebrates. He has also done another 3D project ‘Conquest of the Skies,’ tracking the evolution of flight in animals.
He has been a part of BBC Radio 4’s ‘Tweet of the Day’ as a presenter since 2014. He also presented the popular documentary series ‘Blue Planet II’ (2017).
He was the narrator of the five-part series ‘Dynasties.’ He also narrated Netflix’s eight-part documentary series ‘Our Planet’ (2019). The same year, he narrated the natural history documentary ‘Wild Karnataka.’ 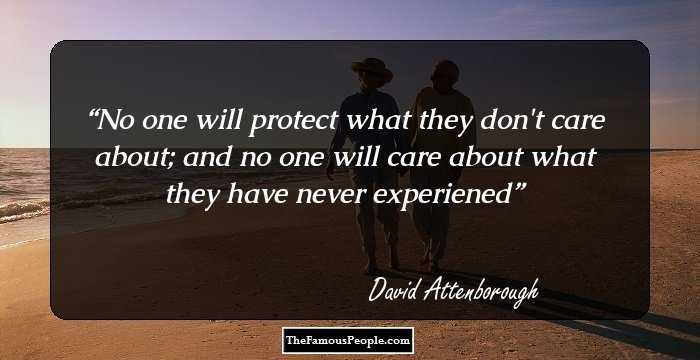 Quotes: Never, Will
Major Works
The ‘Life’ series, which began in 1979, forms a comprehensive survey of all life forms on the planet – the 96 natural history programs, written, presented, narrated, and produced by him, are immeasurable in terms of sales or impact.
He narrated every episode of ‘Wildlife on One,’ a ‘BBC One’ wildlife series which ran for 253 episodes between 1977 and 2005. At its peak, it drew a weekly audience of eight to ten million.
Continue Reading Below
‘Life on Air,’ his autobiography, was published in 2002. It is one of his many works available as a self-narrated audiobook.
He has contributed forewords and introductions to ‘Planet Earth,’ ‘Frozen Planet,’ ‘Africa,’ and other ‘BBC’ series.
Awards & Achievements
In addition to honorary Doctor of Science awards from the ‘University of Cambridge’ and ‘University of Oxford,’ he is the recipient of 32 honorary degrees from various British universities.
A 2002 ‘BBC’ poll named him among the ‘100 Greatest Britons.’ He is also one of the top ten ‘Heroes of Our Time’ according to ‘New Statesman’ magazine.
A 2006 ‘Reader’s Digest’ poll named him the most trusted celebrity in Britain. The following year, he won The Culture Show's ‘Living Icon Award.’
In the 1970s, he won the ‘BAFTA Desmond Davis Award,’ the Royal Geographical Society's ‘Cherry Kearton Medal and Award,’ and was awarded the ‘Commander of the Order of the British Empire’ (CBE).
In the 1980s, he received a ‘BAFTA Fellowship’ and a Knighthood and was named a ‘Fellow of the Royal Society’ (FRS).
In the 1990s, he was awarded the ‘Commander of the Royal Victorian Order’ (CVO) for producing Queen Elizabeth II's Christmas broadcast for a number of years.
Some of the distinguished awards that he received in the 2000s are ‘Michael Faraday Prize,’ awarded by the ‘Royal Society,’ ‘Descartes Prize’ for ‘Outstanding Science Communication Actions,’ and the ‘Order of Merit’ (OM).
Continue Reading Below
He was honored with a fellowship by the ‘Royal Photographic Society’ in 2008. He received medals from the ‘Queensland Society’ in 2010 and from the ‘Society for the History of Natural History’ (SHNH) in 2011. He also received a ‘Phillips Memorial Medal’ from the ‘International Union for Conservation of Nature’ (IUCN) in 2012.
In 2017, he was made an ‘Honorary Member of the Moscow Society of Naturalists.’ The following year, he won a ‘Primetime Emmy Award’ for ‘Outstanding Narrator.’ 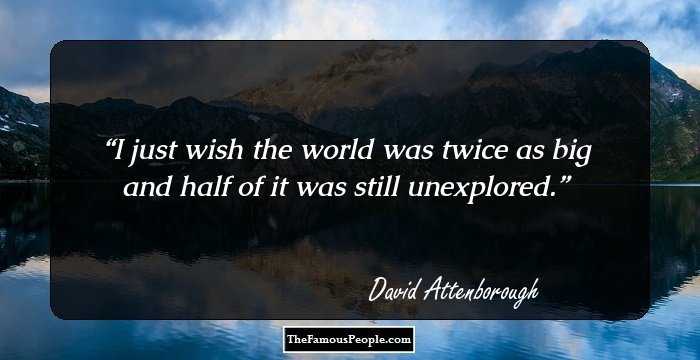 Quotes: I
Personal Life & Legacy
His older brother Richard Attenborough was an actor, while his younger brother John was an executive at ‘Alfa Romeo.’ His parents fostered two refugee girls from Europe.
In 1950, he married Jane Elizabeth Ebsworth Oriel and the couple was blessed with two children, Robert and Susan. While Susan is a former school headmistress, Robert is a senior lecturer in bioanthropology at the ‘Australian National University.’
In 2005 and 2006, he backed a ‘BirdLife International’ project to stop the killing of albatross by longline fishing boats, and gave public support to WWF's campaign to save rainforest area.
He is the vice-president of ‘BTCV,’ vice-president of ‘Fauna and Flora International,’ president of ‘Butterfly Conservation,’ and president of ‘Leicestershire and Rutland Wildlife Trust.’
A long-term supporter of ‘BBC,’ he has often lent his support to issues related to the television license and public broadcasting.
Trivia
Computerized airline schedules enabled this acclaimed broadcaster to visit several locations around the globe in each episode, sometimes even changing continents midway.
This broadcaster is the only person to have won a ‘BAFTA’ in black and white, color, HD, 3D, and 4K television.
There are several species named in Attenborough’s honor.
Recommended Lists:
Media Personalities #1

See the events in life of David Attenborough in Chronological Order 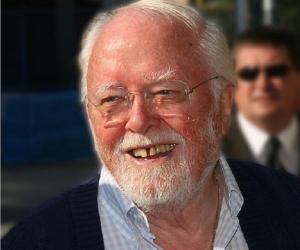