Daniel Michael ‘Danny’ DeVito, Jr., popularly known as Danny DeVito, is an American actor, comedian, director, and producer. Bullied for his small stature at school and by neighboring kids, DeVito took a lot of lumps while growing up, but proved his mettle with his talent and passion for acting. He started out by doing off-Broadway musicals and later earned his first major role in ‘NBC’ series ‘Taxi.’ The portrayal of a tyrannical yet endearing taxi dispatcher for the fictional ‘Sunshine Cab Company’ made him a popular figure on American television and landed him roles in Hollywood movies. He has always been admired for his comic timing and charming humor. However, he did not restrict himself to only humor and experimented with other roles as well. DeVito not only graced Hollywood with his acting and comedy but also directed movies starring major actors like Michael Douglas, Jack Nicholson, Robin Williams, etc. The genre close to his heart is black comedy and almost all of his directorial ventures belong to this genre. DeVito is also a producer and has produced famous projects like ‘Pulp Fiction,’ ‘Erin Brockovich,’ ‘Reno 911!,’ etc. 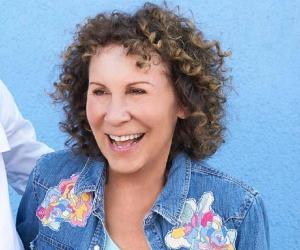 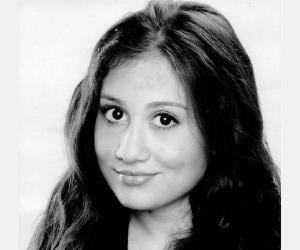 He attended a boarding school and went to the ‘Oratory Preparatory School’ in Summit, New Jersey. He then attended the ‘American Academy of Dramatic Arts’ and graduated in 1966. 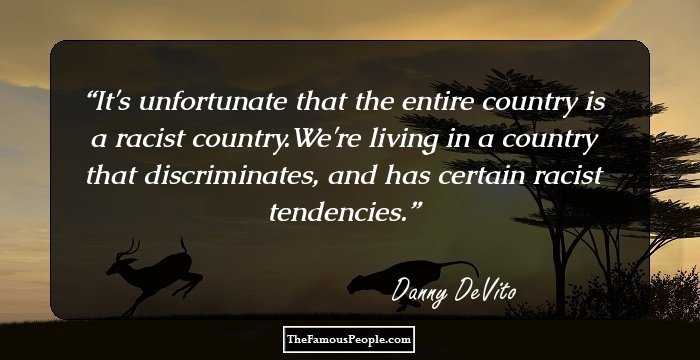 Continue Reading Below
Career
Right after his graduation, DeVito started working at the ‘Eugene O'Neill Theater Center’ in Waterford, Connecticut. After seeing an advertisement, he auditioned for a role in the film version of ‘In Cold Blood.’
DeVito did not get the part in the movie and started working as a car parker to earn his living. He soon moved back to New York, where he got parts to play in several off-Broadway plays.

In 1971, Danny DeVito landed the role of Martini in the stage production of ‘One Flew Over the Cuckoo's Nest.’ Four years later, Michael Douglas produced its film version and asked him to reprise his stage role.

DeVito auditioned for a new ‘NBC’ series titled ‘Taxi’ in 1978, and landed the part of the endearingly oppressive cab dispatcher, Louie De Palma. The show ran for five years and he won an ‘Emmy Award’ for ‘Best Supporting Actor.’

After ‘Taxi’ was taken off air, DeVito’s Hollywood career started with ‘Terms of Endearment’ in 1983. The movie, which starred actors like Shirley MacLaine, Debra Winger, and Jack Nicholson, won five ‘Academy’ awards.
Now that his Hollywood career had started, DeVito gradually gained popularity among filmmakers. He became part of another successful venture titled ‘Romancing the Stone’ in 1984. The film was an action-adventure romantic comedy, starring his friend Michael Douglas and Kathleen Turner.
The following year, a sequel to ‘Romancing the Stone’ titled ‘The Jewel of the Nile’ released where all the actors reprised their respective roles. The movie turned out to be a commercial hit but failed to impress the critics.

In 1987, DeVito came up with his first directorial venture ‘Throw Momma from the Train,’ a dark comedy in which he also played a role. Inspired by Hitchcock’s ‘Strangers on a Train,’ the movie also starred actors like Billy Crystal and Rob Reiner.

Danny DeVito once again joined hands with Michael Douglas for his next directorial venture ‘The War of the Roses’ in 1989, which was another black comedy. The movie was based on Warren Adler’s novel of the same name.

Continue Reading Below
In an attempt to avoid being stereotyped as a comedy actor, he starred in movies like ‘The Rainmaker’ (1997), ‘Hoffa’ (1992) – a biographical film which he also directed, ‘Heist’ (2001), etc.
During 2002-2003, DeVito directed two movies, ‘Death to Smoochy’ (2002), starring Robin Williams and Edward Norton, and ‘Duplex’ (2003), starring Ben Stiller and Drew Barrymore. Both the movies were black comedies, a genre close to DeVito’s heart.
As DeVito was always interested in documentaries, he got into a partnership with Morgan Freeman's company ‘ClickStar’ in 2006, which gave him an opportunity to host a documentary channel called ‘Jersey Docs.’
In 2012, he debuted at the ‘West End’ in a play titled ‘The Sunshine Boys’ by Neil Simon. He acted in the play along with Richard Griffiths. The play previewed at the ‘Savoy Theatre’ for a 12-week season.
From 2012 to 2019, DeVito played many characters with different shades in several movies like ‘Hotel Noir’ (2012), ‘All the Wilderness’ (2014), ‘Weiner-Dog’ (2016), and ‘Dumbo’ (2019).

He returned to direction with the 2016 short comedy film ‘Curmudgeons’ in which he starred alongside David Margulies.

In 2019, he was cast to play important roles in movies like ‘Jumanji: The Next Level’ and ‘Harry Haft.’ He was also selected to voice a character named Bob in a fantasy film titled ‘The One and Only Ivan.’ 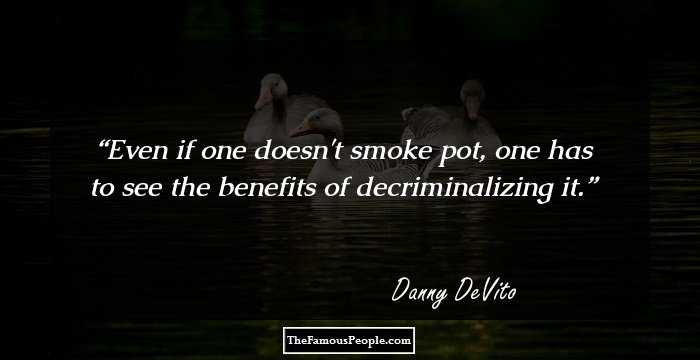 Major Works
The portrayal of a despotic yet endearing taxi driver named Louie De Palma in the series ‘Taxi’ in 1978, made DeVito what he is today. The role increased his popularity, which was essential for him to get into films.
Awards & Achievements

DeVito received a star on the ‘Hollywood Walk of Fame’ in 2011, for his rich contribution towards American television. 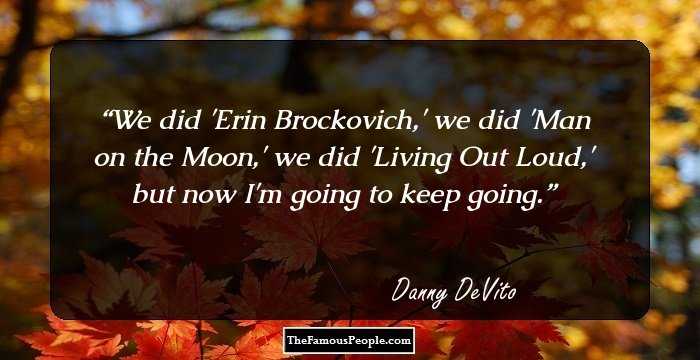 Danny DeVito met the love of his life Rhea Perlman during the showcase of one of his plays, ‘The Shrinking Bride.’ They started an affair and got married in 1982. They have three children––Lucy, Grace, and Jacob.

The couple parted ways in October 2012 after 30 years of marriage, but soon reconciled by mid-2013. However, they got separated again in March 2019. They have chosen to remain friends and don’t intend to file a divorce.
Trivia
DeVito is a vegetarian and an animal lover, so much so that he once refused to kill cockroaches on the sets of ‘Taxi.’
When DeVito had not joined the acting academy, he joined his sister at her salon and worked as a hairdresser for some time.

Quotes By Danny DeVito | Quote Of The Day | Top 100 Quotes

See the events in life of Danny DeVito in Chronological Order