Daniel Jacob Radcliffe is an English born actor who achieved his fame and name by working in the Hollywood adaptation of J K Rowling’s ‘Harry Potter’. He did seven movies for the ‘Harry Potter’ series, which made him a Hollywood superstar. He was born and brought up in London in a working class family. His mother is a casting agent for BBC and his father is a literary agent. He has always been inclined towards acting and by the time he was 10 he was casted in BBC’s ‘David Copperfield’. From there onwards he was recognized as a known child artist from England. He worked on the Harry Potter series from 2002 to 2010, which established him as a talented actor and the richest teenager in England. He is a winner of National Movie Award and has been nominated several times for the MTV Awards. He has done many theatre productions like Martin McDonagh’s ‘The Cripple of Inishmaan’ and ‘The Play I Wrote’. Some of the other movies that he has acted in until now are ‘The Woman in Black’, ‘My Boy Jack’ and ‘Kill Your Darlings’. His upcoming movies are ‘Frankenstein’ and ‘Tokyo Voice’. Will Poulter
Actors #104
Film & Theater Personalities #255
23rd July In History
DID WE MISS SOMEONE?
CLICK HERE AND TELL US
WE'LL MAKE SURE
THEY'RE HERE A.S.A.P
Quick Facts

British People
British Men
Leo Actors
British Actors
Actors Who Are In Their 30s
Childhood & Early Life
Daniel Radcliffe was born in West London, England to Alan George Radcliffe and Marcia Jeannine Gresham. His father is a literary agent and his mother worked as a casting agent for BBC.
Radcliffe belonged to a working class family; his father is a profuse protestant and his mother belonged to the Jewish faith. Both her parents had acted in small acting projects when they were children.
He was interested in acting professionally from the age of five but it was when he was finally ten years old that he got a role in BBC adaptation of Dickens’ book ‘David Copperfield’.
Radcliffe attended two different private schools in England namely: Sussex House School and City of London School. He suffered from bullying in the school after he started getting famous through his movies.
It became difficult for him to attend school owing to his busy acting schedules and he decided to not pursue college or university as he knew already that he wants to write and act and college education would come in the way. 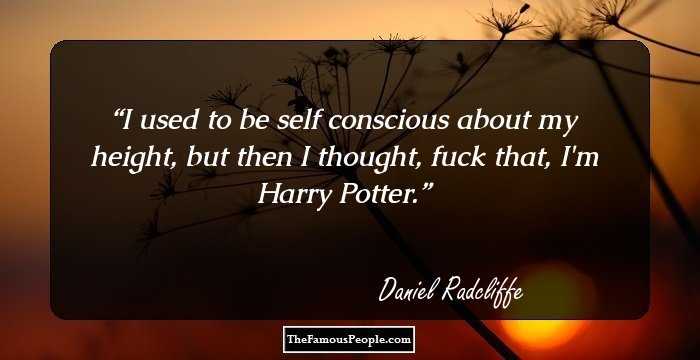 The Hottest Male Celebrities With The Best Abs
Career
In 1999, when Radcliffe was 10 years old, he bagged the lead role in the BBC adaptation of Charles Dickens’ ‘David Copperfield’. He gave quite a few auditions for the role before he was finally signed on the project.
In 2000, Radcliffe got an offer to audition for the role in the movie ‘Harry Potter and the Philosopher’s Stone’. His parents were insistent on not sending him for the auditions because the contract required him to do all the seven movies in Los Angeles.
The writer of the series J.K. Rowling wanted Radcliffe to play the lead role in the movie. After several auditions he was selected for the movie. Initially, he signed a two-movie contract and was promised that the shooting will take place in the UK.
The movie was finally released in 2001 and Radcliffe a seven figure salary for it. It was the highest grossing movie of the year. His performance was critically acclaimed. In the same year, he did ‘The Tailor of Panama’.
In 2002, ‘Harry Potter and the Chamber of Secrets’ was released and Radcliffe received positive critical appreciation for it. The movie was the second highest grossing film of the year worldwide.
In 2004, ‘Harry Potter and the Prisoner of Azkaban’ was released and got the highest acclaim out of all the movies from the series till date. It was the lowest-grossing movie out of the whole series.
In 2005, ‘Harry Potter and the Goblet of Fire’ came out and it was directed by Mike Newell and produced by Warner Bros. Pictures. The movie was nominated for an Academy Award in the category of Best Art Direction.
In 2007, ‘Harry Potter and the Order of the Phoenix’. For this movie he got many award nominations and he was awarded the National Movie Award for the category of Best Male Performance. He also made an appearance in ‘December Boys’.
In 2007, Radcliffe did a movie called ‘My Boy Jack’ along with the Hollywood star Carey Mulligan. It was a television movie that was broadcasted on ITV. His acting in the movie got critical acclaim.
Continue Reading Below
In 2009, ‘Harry Potter and the Half-Blood Price’ was released as the second last movie of the series. He was nominated for the Best Male Performance and Global Superstar at the MTV Movie Awards.
In 2010, ‘Harry Potter and the Deathly Hallows – Part 1’ was released and the movie did well comparatively in the UK. The movie achieved average reviews from the media.
In 2011, the final movie out of the series ‘Harry Potter and the Deathly Hallows – Part 2’ was released. The movie got the biggest first-day opening and the biggest weekend. It is considered to be the 4th highest grossing movie of all time.
In 2013, Radcliffe starred in ‘Kill Your Darlings’, a thriller drama which was directed by John Krokidas. He also did ‘The F Word’ and ‘Horns’ in the same year. He did ‘The Cripple of Inishmaan’ at the Noel Coward Theatre. 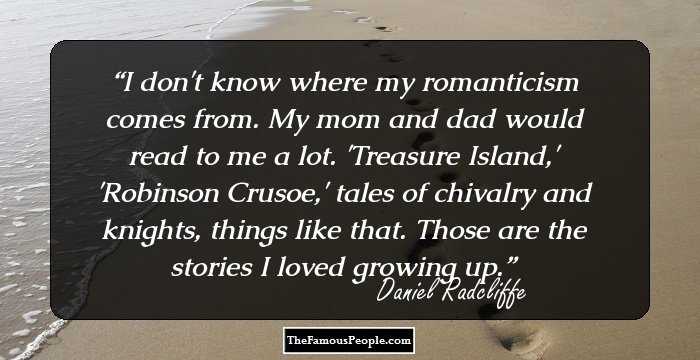 Quotes: Me, Like, I
Personal Life & Legacy
He met Rossane Coker in 2007 while she was assisting on the sets of ‘Harry Potter and The Half-Blood Prince’. She is 23 years old and he claims that he is in love with her and they are taking it one step at a time.
In 2008, Radcliffe told the media that he suffers from a neurological disorder development coordination disorder. He said that it gets so bad that he cannot even do day to day activities.
Trivia
Radcliffe is an atheist and claims that he is very proud of being Jewish.
He has been ranked as the ‘Most Valuable Young Stars’ by the Forbes magazine.
Radcliffe is considered to be the richest teenager in England. 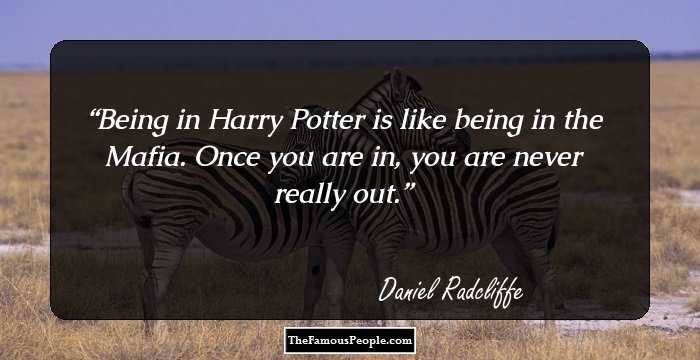 Quotes By Daniel Radcliffe | Quote Of The Day | Top 100 Quotes

See the events in life of Daniel Radcliffe in Chronological Order