A popular British YouTube personality, especially famous among kids, Daniel Middleton aka DanTDM is a professional gamer and the owner of the YouTube Channel "The Diamond Minecart", which is a very successful one. The Diamond Minecart mainly focuses on the popular game Minecraft. Daniel's channel hit 12 million subscribers in August 2016. It is now listed among the top YouTube channels in the United Kingdom. The Business Insider has estimated Middleton's income as somewhere between $2.13 million and $2.15 million in 2014. The following year, his channel was officially recorded as one of the topmost ones in terms of viewership. 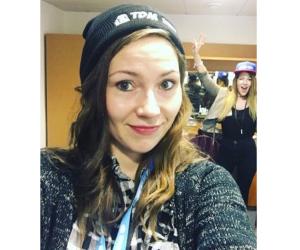 Alastair Aiken
Gamers #16
Social Media Stars #16
DID WE MISS SOMEONE?
CLICK HERE AND TELL US
WE'LL MAKE SURE
THEY'RE HERE A.S.A.P
Quick Facts

British People
British Gamers
Male Youtubers
Scorpio Youtubers
British YouTubers
The Meteoric Rise to Stardom
Middleton was born on 8 November 1991 in Aldershot, England, as the elder of two siblings. His father was in the army and the family moved often. A traumatic incident in his childhood was his parents’ divorce. He attended Northampton University and started a YouTube channel dedicated to Pokémon while at university, in which he called himself "PokemanDanLv45". Middleton created the channel The Diamond Minecart in 2012. It is a more professional, children-focused gaming channel. The name of the YouTube channel was eventually changed to TheDiamondMinecart / DanTDM. Thus, from being a mere child born in a middle class family in a British military town, Dan has now become the owner of one of the most popular YouTube Channels. Talking about gaming, Dan's original passion, he won the Guinness World Record for "Most goals scored in a game of Rocket League for a team of 2" and "Most goals scored in a game of Rocket League (team of three)." He is famous for the ‘Let’s Play’ series and has uploaded over 2000 videos till date.
Recommended Lists:

Who Is The Most Popular BTS Member?
Continue Reading Below
What Makes Daniel Middleton So Special
According to Daniel, he likes to keep his daily schedule pretty simple. He gets up around 9am and starts working on the video an hour later. He checks for Minecraft updates, edits the videos in the afternoon, and uploads the finished product at 8:30pm, after which, he checks for comments. In spite of this simplicity, Dan Middleton has more YouTube followers than the BBC! This transformation from an ordinary graduate to one of the most famous names in the YouTube world with more than 12 million subscribers in just a few years makes Daniel Middleton quite a personality to look out for in the future!

Behind The Curtains
Daniel’s father worked in the army and hence the family had to move houses a lot. By the time he was ten, he had already been enrolled in ten different schools. He did not have many friends while growing up. Later, when his parents got divorced he started attending another school, where he made friends and met Jemma. They got married on 17 March 2013. Jemma also enjoys Minecraft (JemPlaysMC) and they spend a lot of time gaming together. They have also done several videos together. Both of them love dogs and have two pugs named Ellie and Darcie.

Beyond Fame
Daniel Middleton started his Channel in July 2012. December 2013 saw the subscriber list hitting the one million. However, the growing popularity of the DanTDM channel made sure that he reached his next 11 million subscribers in just two more years. Talking about this now, Dan may seem extremely modest explaining his daily schedule to be simple, but, as any achievement to be reached, it needed a combo of hard work and talent.
Daniel has had many ups and downs in his life, right from the constant moving in his early childhood days and his parents' divorce to a broken hand in the recent years. However, Dan did not let that bother him in his journey to be one of the most talked about personalities in the YouTubers' world. According to him, he has a well-balanced diet that helps him keep himself fit. He avoids alcohol and smoking as he thinks it makes him ill and is not a good sign for his young subscribers.