Cotton Mather was one of the most significant among the New England Puritan ministers who supported the old order of the clergy. He was also a well-known author and pamphleteer. He combined an interest for the modern science along with a strong belief in mysticism. He created the groundwork for the infamous Salem witch trials and was a vehement supporter of the trials and defended the use of spectral evidence in them by stating "the devils have sometimes represented the shapes of persons not only innocent, but also the very virtuous." His father opposed the trials and his son’s involvement in them. This created further ruptures in the already strained father-son relationship. Cotton Mather is also noted for the scientific legacy he left through his defense of the inoculation experiment in preventing smallpox. He confronted the superstition that inoculation is against the Puritan principles. In this regard, he communicated constantly with the noted scientist Dr. Zabdiel Bolyston. He wrote more than 450 books and pamphlets. Historians say that literature to Mather, was a way of personal redress. His literary works compelled America to recognize him as one of the most powerful religious leaders. Charles Grandis...
DID WE MISS SOMEONE?
CLICK HERE AND TELL US
WE'LL MAKE SURE
THEY'RE HERE A.S.A.P
Quick Facts

American People
Harvard University
American Preachers
Aquarius Men
Childhood & Early Life
Mather was born on February 12, 1663 at the Massachusetts Bay Colony in Boston to Maria and Increase Mather. He was the grandson of John Cotton and Richard Mather, who were both important Puritan leaders.
He attended Boston Latin School and in 1678, at the age of 15, he graduated from the Harvard University.
In 1685, he was formally ordained and joined his father as an assistant pastor of North Church.
In 1660, he was made a fellow of Harvard College. Throughout his life he remained involved in the affairs of the college. 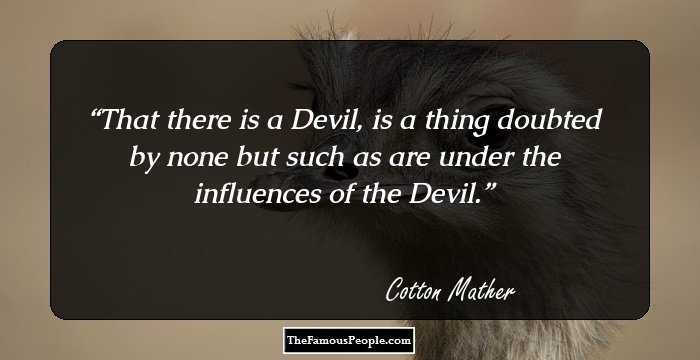 The Hottest Male Celebrities With The Best Abs
Career
He was very influential in both secular and spiritual occurrences in New England. He had a prominent role to play in the revolt organized against Sir Edmond Andros, the governor of James II, in 1688.
He was a one of the helping hands behind the prosperity of Elihu Yale (now Yale College).
Cotton Mather had always been interested in science. In 1710 he was awarded a doctorate of divinity from the University of Glasgow in Scotland. In 1713 he was also elected to the Royal Society of London.
He was greatly inspired by Robert Boyle’s ‘The Usefulness of Experimental Natural Philosophy’. In 1716, he conducted a hybridization experiment on corn plants which was duly recorded.
He took an important step in the prevention of the smallpox disease which was rampant during those times. He came to know about the process of inoculation as an effective treatment for the disease. From 1716, he tried communicating with local physicians and Boston doctors to take on the practice of inoculation. He gained support from Dr. Zabdiel Bolyston who practiced inoculation successfully on a few subjects.
Mather preached against the belief that inoculation was ‘unlawful’ as its reference is not available in the Bible. He maintained that since God had blessed people with a cure for this malignant disease, it should be embraced open heartedly.
It is said that Mather was most influential in creating the foundation for the Salem witch trials. He came to the conclusion that witchcraft practiced by an Irish washerwoman named Mary Glover, was accountable for the possession of the children of the Goodwin family. He then decided that he would "never use but one grain of patience with any man that shall go to impose upon me a Denial of Devils, or of Witches."
He played an important role in constructing the court for the trials. Through the connections of his father, he made sure that William Stoughton was appointed as lieutenant governor, one whom he identified as a supporter of church affairs.
Cotton Mather was one of the ministers whose opinion was taken regarding whether or not to allow spectral evidence during the witch trials. Historians say that letters written by Mather reveal that he forbade putting more stress on spectral evidence than is necessary. He wrote a report ‘Return of the Several Ministers’ which said that the devil could take up the shape of a harmless person and so spectral evidence should not be given much importance. This made the prosecutions continue more vehemently.
Even after the trials stopped, Mather and Stoughton remained staunch defenders of them. 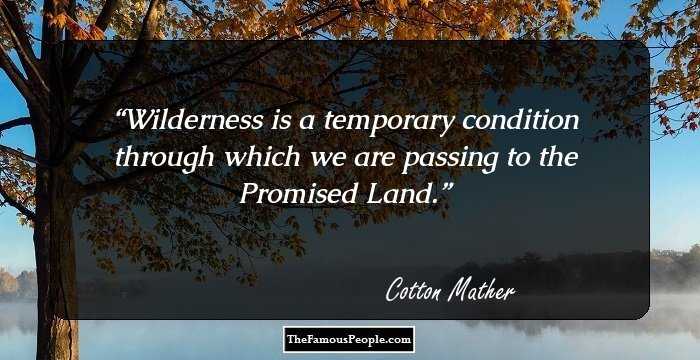 Major Works
Cotton Mather wrote a number of books that dealt with subjects like modern science, religion, philosophy, biography, sermons, poetry. He wrote in seven languages and even knew the Iroquois Indian language.
His book ‘Biblia Americana’ revealed his interpretations of the Bible. ‘Boston Ephemeris’ and ‘The Christian Philosophers’ are treatises on science. Other important books include ‘Wonders of the Invisible World’, ‘Magnalia Christi Americana’, ‘The Negro Christianized’.
Personal Life & Legacy
His personal life was marked by disappointment. His first wife was Abigail Philips, whom he married in 1686. They had nine children together. After her death, he remarried twice. His last wife was Lydia George, whom he married in 1715.
He had fifteen children from three marriages, but most of them died in their childhood. Only two of his children outlived Mather.
He died on February 13, 1728, on his 65th birthday. He was buried on Copp’s hill, near Old North Church. 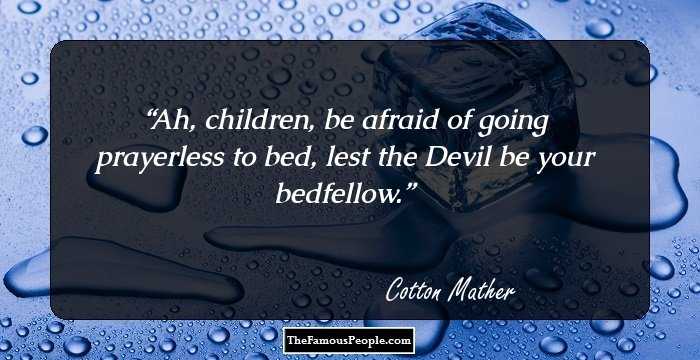 See the events in life of Cotton Mather in Chronological Order