Corey Scot Feldman is a well-known American actor and singer. He started his career at the age of three. He did so well in his first commercial that it went on to win the CLIO award. Encouraged by his success his parents pushed him in this line. Very soon he started appearing in number of commercials, televisions series and films. Corey Scot Feldman has said that he did not really have any choice; it was his parents who forced him into it. Nonetheless, his acting talent was beyond doubt and he made a name for his roles in different sitcoms and films as early as in 1980s. However, his personal life was not at all happy. He was hurt by his parents, who were more interested in making money out of his acting caliber. Neither did he have any friend. Some time now, he met Michael Jackson, who not only befriended him, but also became his mentor. Later however, Michael Jackson got bored with Corey and abandoned him. Corey was so hurt by this turn of event that it almost ruined his life. Although he had been sexually abused many times, he gave Michael Jackson a clean chit in this matter. Image Credit
https://www.youtube.com/watch?v=Qcw5ajgRH64
(The Awakening of the mind)

Taylor Swift
16th July In History
DID WE MISS SOMEONE?
CLICK HERE AND TELL US
WE'LL MAKE SURE
THEY'RE HERE A.S.A.P
Quick Facts 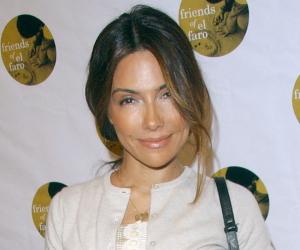 See the events in life of Corey Feldman in Chronological Order