Advanced Search
Colleen Ballinger is an American comedian, actress, singer and YouTube personality best known for her quirky alter-ego, Miranda Sings. Not only do comedy lovers all over the world love her one-woman act as the egocentric and talentless Miranda who sings and dances badly, her prowess as a YouTuber has also won her numerous awards. Interested in music from a young age, she fell in love with theater as a little girl. As a teenager she enrolled in the Azusa Pacific University’s vocal-performance program but did not enjoy her college years. Fun loving and unconventional, she wanted to do something really exciting which led her to an acting career. Eventually she turned to the YouTube through which she would ultimately enjoy unprecedented success as a comedian. Her character of Miranda Sings has catapulted Colleen to the status of a YouTube superstar with millions of views to boot. Her internet fame has also translated into a highly successful career as a live comedy performer. Anna Akana
DID WE MISS SOMEONE?
CLICK HERE AND TELL US
WE'LL MAKE SURE
THEY'RE HERE A.S.A.P
Quick Facts

American People
California YouTubers
Female YouTubers
Scorpio Youtubers
American YouTubers
The Meteoric Rise to Stardom
After a stint at Disney in California, she starred in the popular show ‘High School Musical’ which set the pace for an acting career. Always interested in comedy, she made up the character of Miranda Sings, an egocentric lady who is arrogant and rude despite her obvious lack of talent. Partly based on young women she knew in college, the character was initially meant to be an inside joke within her group of friends. Just for fun, Colleen made videos of her portraying Miranda and uploaded them on YouTube, starting from 2008. Her channel surprisingly began getting popular, especially after a video called ‘Free Voice Lesson’ quickly became a sensation in 2009. The video—meant as a satire of bad performers doling out unsolicited advice to others—drew sharp criticisms from those who believed it to be a serious one. This gave Colleen an idea, and she began exaggerating the very aspects of Miranda that people hated, and posted more videos. The audience soon grew to love to hate the narcissistic and egocentric Miranda who is also an irritable, ludicrously self-absorbed, and socially awkward character. The rising popularity of her YouTube channel led to more opportunities for Colleen Ballinger as a comedian and she was often invited to portray Miranda in live performances. Boosted by her growing success, Colleen started a second Miranda YouTube channel, ‘Mirandavlogz’, in which she posted videos from 2010 to 2012. She also has a personal channel, ‘PsychoSoprano’, in which she features comedy, question and answer videos. Colleen Ballinger’s already famous career peaked at newer heights following her marriage to fellow YouTuber Joshua David Evans— the video of his proposal has garnered more than 6 million views on YouTube and the couple's wedding video has been watched more than 11 million times. Colleen is the recipient of several awards including Teen Choice Awards-Choice Web Star: Comedy (2015) and Streamy Award - Performance Awards: Best Actress (2015).
Recommended Lists:

Female Comedy Youtubers
American Women YouTubers
Female Social Media Stars
American Comedy YouTubers
Continue Reading Below
What Makes Colleen Ballinger So Special
As soon as Colleen’s Miranda Sings videos started becoming popular, she noticed that some people did not understand that the videos were satires. Some viewers thought Miranda Sings was a terrible singer who despite her lack of talent was hoping for a big break. Thus people began sending Miranda hate mail in which they told her in very unkind words how despicable she actually was. The harsh criticisms she received made Miranda a "hero of the anti-bullying movement” as she is seemingly unaffected by the negative feedback and continues being the person she is. Through the character of Miranda, Colleen Ballinger conveys to her young fans that it is very important for girls to be self-confident and it does not matter if they don’t dress stylishly or try to fit in with the crowd.
Recommended Lists:

American Social Media Stars
American Female Comedy Youtubers
American Women Social Media Stars
Scorpio Women
Beyond Fame
The increasing popularity of the character of Miranda prompted Colleen to expand the Miranda Sings franchise. In 2009, she released a Christmas EP titled ‘Christmas With Miranda Sings’. She also sells merchandise such as T-Shirts and mugs on her website http://mirandasings.com/default.html. Ballinger, as Miranda, has been featured in radio, television and internet interviews, has also appeared on benefit concerts and award shows. While Colleen Ballinger is most famous for her online portrayal of Miranda Sings, she is also interested in expanding her repertoire beyond Miranda and explore other avenues of comedic performances.
Behind The Curtains
Colleen Ballinger was born in Santa Barbara, California, as one of the four children of Tim Ballinger, a sales manager, and Gwen, a homemaker. After completing her schooling from San Marcos High School, she attended Azusa Pacific University, graduating in 2008. She became engaged to fellow singer/YouTuber Joshua David Evans in 2014 and married him in 2015. 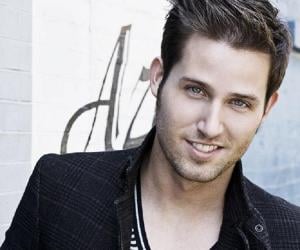 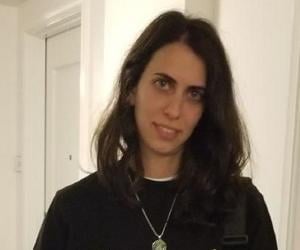 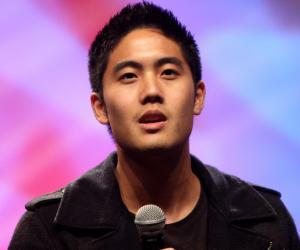