Aidan Turner is a popular Irish actor known for his portrayal of Kili in ‘The Hobbit’ trilogy. He started his acting career in theatre with significant roles in the stage plays produced mostly by The Abbey, Ireland’s national theatre. One of his first appearances as an actor was in 2005 with Barbican Theatre’s stage play ‘The Plough and the Stars’ portraying the role of Corp. Stoddard. His transition into television came through in 2007 when he played Bedoli in the first episode of ‘The Tudors’, though he was not credited for the role. However, this helped him bag the lead role of Ruairí McGowan in the 2008-2009 series ‘The Clinic’. Turner’s tryst with the movie world started in 2007 with the short films ‘The Sound of People’ and ‘Matterhorn’. His big break came through in 2015 when he signed BBC’s adaptation of Winston Graham’s ‘The Poldark Novels’ to play Ross Poldark. For this role, he won the Radio Times Champion Award in the Drama Champion category for three consecutive years in 2014, 2015 and 2016. Over the years, Turner has garnered a reputation for predominantly portraying supernatural beings. In 2016, he was voted the ‘Sexiest Man in the World’ by UK Glamour magazine. Irish People
Tall Celebrities
Tall Male Celebrities
Gemini Actors
Irish Actors
Childhood & Early Life
Aidan Turner was born on 19, June 1983, in Dublin, Ireland. His father is an electrician. He is an alumnus of St Mac Dara's Community College and Firhouse Community College.
He assisted his father as an apprentice electrician before enrolling into Gaiety School of Acting, Dublin, and graduated with a degree in 2004.
He is a trained dancer in Latin American and Ballroom dancing and was into competitive dancing early on in his life.
In his initial days as an actor, he played various roles in stage plays such as Barbican Theatre’s ‘The Plough and the Stars’, Abbey Theatre’s ‘A Cry from Heaven’ and Focus Theatre’s ‘Suddenly Last Summer’, all in 2005.
Continue Reading Below
You May Like

Who Is The Most Popular BTS Member?
Career
Aidan Turner’s role in ‘The Clinic’ during 2008-2009 and his appearance in 2008’s mainstream movie ‘Alarm’ helped him clinch the lead role of Dante Gabriel Rossetti in ‘Desperate Romantics’ on BBC.
His next successful television venture was the portrayal of John Mitchell, the lead role in ‘Being Human’. He was with the show from 2009 through 2011 across its three-season run. It was around this time, that Turner landed a role a ‘Hattie’, BBC’s top rated movie for television.
In 2011, Aidan signed to portray the role of Kili in the movie adaptation of JRR Tolkien’s ‘The Hobbit’ directed by the accomplished director Peter Jackson. The first movie in the trilogy ‘The Hobbit: An Unexpected Journey’ released in 2012 and garnered huge success.
In 2013, Turner appeared in the second movie of the Hobbit trilogy ‘The Hobbit: The Desolation of Smaug’ and Cassandra Clare’s acclaimed movie ‘The Mortal Instruments: City of Bones’. The final chapter in the Hobbit series ‘The Hobbit: The Battle of the Five Armies’ released to huge success in 2014.
In 2015, Turner followed up the success of ‘The Hobbit’ trilogy with his next venture ‘The Secret Scripture’ playing Jack McNulty and ‘Look Away’ playing Russell. The same year, he also appeared in the television mini-series ‘And Then There Were None’ and his biggest success until date ‘Poldark’. ‘Poldark’ was a huge hit in the UK, Europe and Australia to warrant a second and a third series, which premiered in 2016 and 2017 respectively.
Major Works
Before landing the lead role in ‘The Clinic’, Turner appeared in a number of stage plays such as ‘Yokohama Delegation’ and ‘Titus Andronicus’ in 2005, ‘The Crock of Gold’ and ‘Drive-by’ in 2006, ‘La Marea’ and ‘Cyrano’ in 2007. His last venture on stage as of date remains Abbey Theatre’s ‘Romeo and Juliet’ in 2008, where he essayed the role of Paris.
In 2017, he lent his voice to the character of a boatman in the movie ‘Loving Vincent’.
He is currently filming for the fourth series of ‘Poldark’, scheduled to premier during early 2018.
Awards & Achievements
Aidan Turner won his first award in 2014 in the Best Male Newcomer bestowed by Empire Awards for ‘The Hobbit: The Desolation of Smaug’.
Continue Reading Below
During 2011 and 2012, he received nominations in the Best Sci-Fi Actor and Sexiest Male category at the SFX Awards for his role of John Mitchell in the popular television series ‘Being Human’.
During 2016 and 2017, he received nominations for his role in ‘Poldark’ across various categories in Irish Film and Television Awards, National Television Awards, Monte-Carlo Television Festival and TV Choice Awards amongst others. In 2016, he won the Best Actor and Star of the Year at the Inaugural Gossie awards.
In 2016, he won the Impact Award at the National Television Awards, Best TV Actor award at GQ Men of the Year, Drama Champion Award at the Radio Times Champion awards and The Breakthrough Award at the Broadcasting Press Guild Awards, all for his portrayal of Ross Poldark in the television series ‘Poldark’.
Personal Life & Legacy
Aidan Turner is currently single after he ended his year old relationship in 2016 with artist Nettie Wakefield. As per the reports, both of them attributed the split to their hectic schedules.
He was earlier dating actress Sarah Greene, but called off this relationship of five years in 2015 despite rumors of the two being secretly engaged.
Trivia
Turner is one of the very few celebrities not to have an active social media profile as he believes the social media accounts to be fake and artificial
Aidan Turner was a jury member at the Odessa International Film Festival 2017.
He claims not to have auditioned for the role of Ross Poldark and that the role landed at his doorstep as the director of the series wanted him in the role.

See the events in life of Aidan Turner in Chronological Order 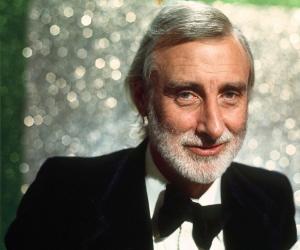