Cody Bellinger is an American professional baseball player who mans the first base and plays as an outfielder for the ‘Los Angeles Dodgers’ of ‘Major League Baseball’ (MLB). Born to a father who was a major league player himself, Cody has taken the world of baseball by storm. He became one of the three ‘Dodger’ players to have hit the maximum number of home runs in a calendar month ever, in his first season of major league games. He was named the ‘Player of the Week’ and ‘Player of the Month’ in May 2017. He set a record by becoming the first ‘Dodger’ player to have hit 2 home runs in 2 consecutive games. Even though he has played only 3 seasons of major league baseball, Cody has reached new heights with every season. In April 2019, he had the most impressive baseball statistics to have ever been achieved in any season before May 1. 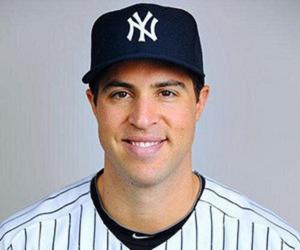 American People
Male Sportspersons
American Sportspersons
American Baseball Players
Cancer Men
Childhood & Early Life
Cody James Bellinger was born on July 13, 1995, in Scottsdale, Arizona, to Clay Bellinger and Jennifer Bellinger. His father, was an ‘MLB’ player for the ‘Yankees’ from 1999 to 2001 and won the ‘World Series.’ After he left the ‘Yankees,’ Clay Bellinger was with the ‘Anaheim Angels’ (2002) and the ‘Baltimore Orioles’ for brief periods of time, before retiring in 2004. He is a volunteer firefighter for the town of Gilbert.
Cody’s mother, Jennifer, is a ‘Cabi’ stylist who helps women find their own sense of fashion. He has an older sister, Ashli, who played volley ball for her college team at ‘Vanguard University,’ California, and has a master’s degree in counseling from ‘Grand Canyon University.’ Cody’s younger brother, Cole, was drafted by the ‘San Diego Padres’ in 2017.
Both Cody and Cole attended ‘Hamilton High School’ in Chandler, Arizona, and played baseball for their school team.
Continue Reading Below
You May Like

The Sexiest Men Of 2020, Ranked
Career
Cody played for the ‘Chandler Arizona’ team in the 2007 ‘Little League World Series.’ He was a ‘Rawlings-Perfect Game Second-Team All-American.’ The ‘Los Angeles Dodgers’ drafted Cody in the fourth round of the 2013 ‘MLB’ draft and signed him on June 13, 2013, for a signing bonus of $700, 000.
He played his first professional game with the ‘Arizona League Dodgers,’ batting .210 in 195 plate appearances. It was not an impressive season for Cody, with 46 strike-outs in 47 games. He was promoted to the ‘Ogden Raptors’ of the ‘Pioneer League’ in 2014, where he was able to redeem himself by batting .328 in 46 games, despite a shoulder injury that summer.
In 2015, he was selected for the ‘California League All-Star’ team, as part of the mid-season and the post-season ‘All-Star’ teams, after beginning the season with the ‘Rancho Cucamonga Quakes.’ He batted .264, with 30 home runs, in the 128 games that he played. He also had a league lead of 97 runs, with 103 RBIs.
In 2016, he was invited to the ‘Dodgers’ spring training even though he was not on the roster. He started the season with the ‘Double-A’ ‘Tulsa Drillers,’ as part of the ‘Texas League.’ He hit .264, with 23 home runs, 59 walks, and 65 RBIs, which led to a late-season promotion to the ‘Triple-A’ ‘Oklahoma City Dodgers,’ where his performance was impressive. After the season, he was assigned to the ‘Glendale Desert Dogs’ for the ‘Arizona Fall League’ and played in the ‘Fall Stars Game.’
Cody started the 2017 season with the ‘Oklahoma City Dodgers.’ However, he was called for his first major league game on April 25, 2017. He played against the ‘San Francisco Giants’ in his debut game, where he struck his first major-league hit in three at-bats and one intentional walk. He became the third player from ‘Dodgers’ to be intentionally walked in his debut game.
He hit his first and second home runs in a major-league game against the ‘Philadelphia Phillies,’ on April 29, 2017, and with that, he joined the ranks of Charlie Gilbert (1940) and Yasiel Puig (2013), becoming the third ‘Dodgers’ player to have scored 2 home runs in his first 5 starts. He hit his first grand slam on May 6, 2017, against the ‘San Diego Padres,’ with 5 RBIs, which is the highest in his major-league career so far. He struck 9 home runs in May 2017, and became one of the three ‘Dodgers’ rookie players (after Joc Pederson in May 2015 and James Loney in September 2007) to have hit the maximum number of home runs in a calendar month.
Cody hit 2 home runs each in 2 consecutive games, on June 11, 2017, and June 13, 2017, against the ‘Cincinnati Reds’ and ‘Cleveland Indians,’ respectively, making him the first ‘Dodger’ to achieve that feat after Adrian Beltre (2004) and Bob Horner (1978). He hit 2 home runs against the ‘New York Mets’ in a game on June 19, becoming one of the players to have hit the first 20 home runs in the least number of games.
On June 25, 2017, he played his sixth multi-home run game, against the ‘Colorado Rockies.’ Owing to his tremendous performance as a rookie, he made it to the list of the 2017 ‘MLB All-Star Game,’ in the reserve category. He competed in the ‘Home Run Derby,’ and on July 15, 2017, he became the first ‘Dodgers’ rookie to hit for the cycle against the ‘Miami Marlins.’ He made his first ‘National League’ record by hitting his 38th home run on September 16, 2017, followed by another one, against the ‘San Francisco Giants,’ on September 22, 2017.
He played in all of the ‘Dodgers’ post-season games, with an average of .219, 9 RBIs, and 3 home runs. In the 2017 ‘World Series,’ Cody’s 3-run-home-run in the fifth game put the ‘Dodgers’ in the lead temporarily. He made a major-league record, with 29 strikeouts, out of which 17 were in the ‘World Series.’
He played 162 games with the ‘Dodgers’ (2018 regular season) and was positioned at the first base and as an outfielder. He had 145 single-hit games and 41 multi-hit games, with 25 home runs, 76 RBIs, 7 triples, 28 doubles, and 14 stolen bases. With his 40th home run on April 1, 2018, he became the third-fastest player to have reached this milestone in the least number of games. He hit home runs in all 3 games against the ‘Pittsburgh Pirates’ in the June 2018 series.
Cody has had a promising start in the 2019 ‘MLB’ season. He has scored 97 total bases, 37 RBIs, and 47 hits, which have set a new ‘MLB’ record for the highest statistics held by any player before May 1.
Awards & Achievements
Cody put up an excellent score board, with a batting average of .267, 39 home runs, and 97 RBIs in the 132 games he played in his first major-league season. He became the first ‘Dodgers’ player to have hit5 home runs within the first 11 games. In May 2017, he was named the ‘National League Player of the Week’ after achieving the feat of maximum homes runs in the first 11 games. He was subsequently named the ‘National League Rookie of the Month’ for May 2017.
Cody was selected as the ‘National League Rookie of the Year’ in 2017.
He was named the ‘Most Valuable Player’ in the ‘2018 NLCS,’ after his walk-off single in the 13th innings of the post-season fourth game.
In April 2019, Cody was selected as the ‘Player of the Month’ for his impressive scores at the start of the season, before May 1.
Family & Personal Life
Cody Bellinger is in a relationship with Melyssa Perez, a law student at the ‘University of Texas.’ She makes frequent appearances with Cody at his games. Melyssa works as a volunteer at ‘American Gateway,’ a company that offers legal help to immigrants with less financial resources.

See the events in life of Cody Bellinger in Chronological Order