Claudio Ranieri is a football manager, coach, and former professional player hailing from Italy. He played as a defender for various Italian clubs and later chose to become a manager. He started his career with a little-known club called Campania Puteolana and moved to Caligari in 1988. The club soared and won the Coppa Italia Serie C in 1989. Later, Ranieri moved to Napoli and helped the club score remarkable wins against veritable giants. After this, he progressed to other teams and enjoyed a rewarding stint at Fiorentina where he guided the team to victories in the Coppa Italia and Supercoppa Italiana in 1996. His impressive record at Fiorentina helped him land a job in the Spanish league. His two-year stint at Valencia saw the team qualify for the UEFA Champions League and win the UEFA Intertoto Club. This set the stage for his entry to the coveted English Premier League. As the coach of Chelsea for the next four years, Ranieri laid the foundation of the champion side that dominated Europe for many years. After his tenure with Chelsea got over, Ranieri joined Leicester City and ensured a historical win for them, thus immortalizing his name. Overall, Ranieri remains one of the most respected managers in the world of football, distinguished by his tactical knowledge and acumen in the game. 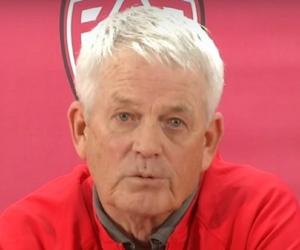 Dennis Erickson
Coaches #32
Sportspersons #981
DID WE MISS SOMEONE?
CLICK HERE AND TELL US
WE'LL MAKE SURE
THEY'RE HERE A.S.A.P
Quick Facts

awards: Grand Officer of the Order of Merit of the Italian Republic

Italian People
Tall Celebrities
Tall Male Celebrities
Italian Coaches
Male Sportspersons
Childhood & Early Life
Claudio Ranieri was born on 20 October 1951 in San Saba, Rome. His upbringing instilled in him a love for football early in his life. His family lived in Formello, and Ranieri practiced football at a local church.
In his early days, he signed up as a football player for the club, Roma. Despite being around for two years, he was seen in only six matches. He was also associated with the Italian club, Siracusa. Ranieri’s position was mostly of a defender.
He played for Catanzaro from 1974 until 1982 before moving to Catania, where he remained until 1984. Towards the tail end of his career, he played for Palermo from 1984 to 1986. He decided to switch to a managerial career after 1986.
Continue Reading Below
You May Like

See the events in life of Claudio Ranieri in Chronological Order 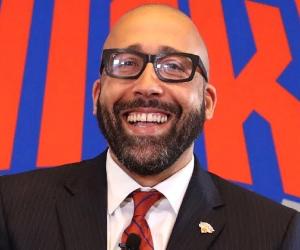 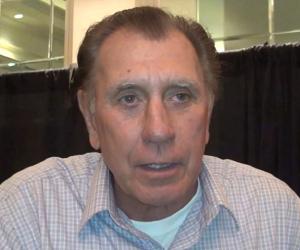