Claire Crosby is an internet sensation, known for her singing prowess. She first gained prominence when her cover version of ‘Part of Your World’ from Disney’s ‘The Little Mermaid’ went viral on the internet. Thereafter, she came up with cover versions of many Disney inspired songs, including a famous number from ‘Frozen.’ Claire Crosby’s YouTube channel, ‘Claire and the Crosbys,’ has already accumulated more than a million subscribers. She is also famous on other social media platforms, such as Instagram and Twitter. Her Instagram account ‘tinymusician,’ which is packed with cute photographs and videos, has gathered more than 270,000 followers. Claire was also cast in a movie titled ‘The Little Mermaid,’ in which she played a minor role. She has even appeared in a couple of TV shows like ‘Little Big Shots’ and ‘The Ellen DeGeneres Show.’ Jayla Marie
DID WE MISS SOMEONE?
CLICK HERE AND TELL US
WE'LL MAKE SURE
THEY'RE HERE A.S.A.P
Quick Facts

American People
Libra Youtubers
Female YouTubers
American YouTubers
Female Youtube Singers
Childhood & Career
Claire Crosby was born on October 5, 2012, in the United States of America. She was raised by her parents, Dave and Ashley. Her parents noticed that Claire had a flair for singing when she was just a year old.
Recommended Lists:

American YouTube Singers
American Female YouTubers
American Female Youtube Singers
Libra Female
According to her father Dave, who appears in most of her videos, Claire was playing a keyboard just a few days after her first birthday. She was seen playing the same note over and over again, and was also singing the exact same note.
Claire’s parents realized that their daughter could sing and encouraged her to sing songs from various Disney movies. They introduced her to songs from ‘Frozen’ and ‘The Little Mermaid.’ When they made her to listen to ‘Part of Your World,’ she simply fell in love with the song and started singing it without any flaws.
Claire’s father then came up with the idea of posting her videos on YouTube and hence created a channel named ‘Claire and the Crosbys.’ Her channel, which was created on January 9, 2016, started gathering a decent number of views and subscribers.
With more than a million subscribers and over 189 million views, Claire’s YouTube channel is one of the fastest growing channels. Some of her most viewed videos include ‘You’ve Got a Friend in Me,’ ‘Part of Your World,’ and ‘Gethsemane – Claire Ryann at 3 Years Old.’
She appeared in the famous TV show, ‘The Ellen DeGeneres Show.’ After the show, Ellen DeGeneres took to her official Facebook page and posted a video of Claire and her father Dave, who was seen playing the guitar.
Claire became a local superstar as she appeared in another show titled ‘Little Big Shots.’ She also appeared in a local news channel, in which she was seen answering a few interesting questions. She was also cast in a movie titled ‘The Little Mermaid,’ in which she played Rose.
Continue Reading Below
Personal Life & Family
Claire’s parents, Dave and Ashley, have so far been a pillar of support in her musical journey. Her father Dave, who is a musician himself, is seen in almost all her videos. She spends a lot of time with her siblings Carson and June.
She is a huge fan of Disney movies. Princess Sleeping Beauty, Elsa, and Ariel are her favorite Disney princesses. When it comes to colors, blue, lavender, white and pink are her favorite colors.
Though she is a great singer, she does not want to pursue a career in singing when she grows up. Instead, she wants to become a hair trimmer girl for princesses! With a natural flair for singing, Claire would disappoint many of her fans, should she not choose to become a singer when she grows up! 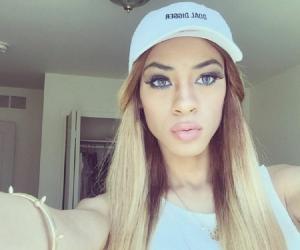 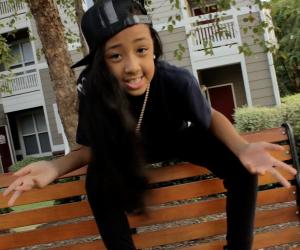 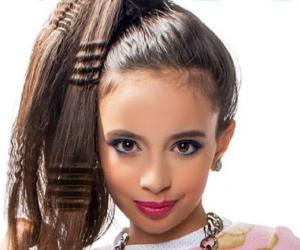