Camille and Kennerly Kitt are American identical twin actresses, harpists, and famous YouTubers. In addition to 4 cover albums, they have released over 80 singles online. Camille and Kennerly Kitt are popularly known as the Harp Twins. They are a bundle of talent and have proved their skills as actress, music arrangers and harpists. They are identical twins who have acted in many films, TV shows and commercials. The Kitt twins have acted in films like Delivery Man, Politics of Love, The End of Lost Beginnings, Inside America, blacktino, SuperForce 5, Elephant Medicine. In ‘Blactino’, a dark teen comedy, they played the role of “The Marcille Twins” as vocal and harp performers and in the short film ‘Inside America’, they performed as “Allyssa and Elisa Harp” as lead actresses. They have performed as soundtrack writers, music arrangers and actresses for the film ‘Politics of Love’ and have worked with renowned directors like William Dear, Oliver Dear, Jeff Manimbo, Jordan Barker and production houses like Dream Works and NiteStar . They have also worked in television programmes like ‘Attack of the Show’, ‘Twins: What You Never Knew’ and ‘Much On Demand’ and have performed in the musical theatrical ‘A funny Thing Happened on the Way to the Forum’ as “The Geminae (Principal)”. Onision
DID WE MISS SOMEONE?
CLICK HERE AND TELL US
WE'LL MAKE SURE
THEY'RE HERE A.S.A.P
Quick Facts

American Female YouTubers
American Female Youtube Singers
The Kitt twins have done duet musical harp arrangements of songs by metal rock artists like Iron Maiden, Megadeth, Aerosmith, Ozzy Osbourne, Metallica, Guns N’ Roses, Led Zeppelin, AC/DC, Scorpians, Beatles, Evanescence, Bon Jovi, Pink Floyd, Rolling Stones, Aerosmith, Coldplay, Rihanna, U2.
Theyhave performed on songs like “Fear of the Dark”, “Nothing Else Matters”, “It’s My Life”, “Send Me an Angel”, “Sweet Child O’Mine”, “Zombie”, “Paint It Black” which have been loved world over.
They play on Electric Harps and Concert Grand Harps to create these harmonies. They are an example of freethinking and unconventional artists who make music without any record labels, backtracks, studio or production crew. They have also performed and arranged musical covers and soundtracks for Television, Anime, Video Game hits and Movies. The most loved of these arrangements are for “Game of Thrones”, “Misty Mountains( The Hobbit)”, Star Trek”, “Lord of the Rings medley”, “Star Wars”, “Downtown Abbey”, “Doctor Who Theme”, “Hedwig’s Theme -Harry Potter”, “The Legend of Zelda: Ballad of the Goddess” and Pirates of the Caribbean”.
They have also released 4 Harp covers cd’s titled “Harp Attack”, “Harp Attack 2”, “Harp FantasyI” and “Harp Fantasy II” and they have been commercially successful . The Harp Twins have also released more than 80 singles online and on YouTube they have posted 69 musical videos.
By July 2015 they had received more than 50 million views and above 421,999 subscribers to their account. Further, “THE WALKING DEAD Theme”, “SMOKE ON WATER”, “DREAM ON”,“EYE OF THE TIGER” etc. are some of their harp YouTube videos which have been viral with over 500 thousand views each.
They have also performed in many corporate, private, public, philanthropic, political and cultural events and have featured as musicians at concerts attended by political and corporate guests like Obama, Laura Bush, Elon Musk, Dick Cheney.
The Kitt Twins also represented the US in the World Harp Festival (2016 and 2014, Paraguay) as performers and master class teachers. They have performed in the pre-opening event of Jean Paul Gaultier couture exhibition.
They even featured in commercials for brands like ORKIN pest control, CHUPA CHUPS, TOSHIBA tablet and have modelled for many clothing designer houses and seventeen magazines have casted them as prom-wear runway models.
Their estimated net worth at present is $1 billion making them financially successful mainstream celebrities. They have uploaded some originals on YouTube which have been very popular .One such musical video is “North” and it is a masterpiece. Theywere appreciated by many mainstream media like “The Huffington Post Chicago “, “Metal Hammer Magazine”, National Geographic”, “ CBS News”, “ABC News”, “The Telegraph UK”, “ Daily Mail, Yahoo! News”.
Continue Reading Below
Behind The Curtains
The Harp Twins are from Chicago. They started to play harp in junior high school. They have been Piano Guild Compettitors for 10 years and have sung in soprano in collegiate choir for 4 years. Both have taken acting training Acting I and II and Honours Improvisational Acting from College of Dupage, Amelia Barett. They graduated as Bachelorof Music in Harp specialization “Summa Cum Laude” certificate from Conservatory of Music, Wheaton College.
Both of them are Tae Kwon Do third degree belt holders and instructors for 6 years. Their other interests are swimming and horse riding and they know American sign- language and have volunteered at Deaf/Hard-of-Hearing social gathering for many years. They have even volunteered as companions for the special needs teens, childrenand have supported under-privileged children. The Kitt Twins are experts in Rifle Marksmanship and have received “Anti-Bully of the Year” award in 2016. 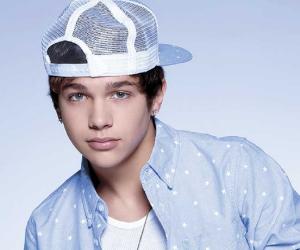