Christian Contreras is an American actor and writer, who is married to English actress Jodie Whittaker. In contrast to his childhood ambition of becoming a soccer player, Contreras pursued music and drama. It was in the drama school that he first met his future wife, Jodie Whittaker. The couple worked together in a play and went on to date for a few years before tying the knot in 2008. Showing off her wedding ring, Whittaker stated that her wedding day is still one of the best days of her life. Unlike his successful actress wife, Contreras has only bagged supporting roles in movies. He appeared in minor roles in movies, such as ‘The Fifth Estate’, ‘Halo: Nightfall’, ‘Fury’, ‘Snowden’, and ‘Zero Dark Thirty’. As a screenplay writer, he has worked on the movie, ‘City of Lies’ and the TV series, ‘Coming Up’ American People
Spanish People
American Men
Spanish Men
Spanish Actors
American Actors
Career
After college, Christian Contreras dabbled into theatre and appeared in short roles in several movies. He played the role of a guard in the 2012 movie, ‘Zero Dark Thirty’ where he had just one scene. The movie tracked events following the 9/11 attacks. It fared decently at the box office. He then worked alongside Benedict Cumberbatch in ‘The Fifth Estate’ which came out in 2013. In 2016, he played a small role of a psychiatrist in ‘Snowden’. The movie that was based on the life of a former CIA employee, Edward Snowden, failed to impress the audience. In the same year, he was seen in Robert Mazur’s autobiography, ‘The Infiltrator’ as Lee Palmer. Robert Mazur was an undercover agent working to expose Pablo Escobar’s unethical businesses. The movie was well-received by viewers and bagged a couple of awards.
On the writing front, Contreras has worked on a short film titled, ‘City of Lies’ featuring Johnny Depp and Forest Whitaker. The film is an adaptation of Randall Sullivan’s book, ‘Labyrinth,’ which covers the police investigation in murders of rappers, Tupac Shakur and Biggie Smalls. Currently, he is working on the TV series, ‘White Dragon’ and two movies, ‘The Rapture’ and ‘The Hurricane Heist’.
In 2015, Contreras reportedly sold his film pitch of ‘Principia’ to Warner Bros for what is considered to be an exorbitant price by an unestablished writer.
You May Like

Spanish Screenwriters
Spanish Film & Theater Personalities
American Film & Theater Personalities
Continue Reading Below
Family & Personal Life
Christian Ryan Contreras grew up in Belize, Central America. As a child, he showed keen interest in soccer. His parents hoped for him to make it big as a professional football player. However, Contreras decided to pursue acting instead. He enrolled at the University of North Carolina in Wilmington to complete his BA in English. He completed his BA (Hons.) in Acting from Guildhall School of Music and Drama, London. Apart from acting, Contreras also showed interest in writing, and has worked as a screenwriter with the Royal Court Theatre.
After secretly dating Jodie Whittaker for a few years, Contreras got married to her in 2008 in Arizona before with his family and friends in attendance. Their daughter was born in April 2015. Whittaker has stated that she is extremely proud of her husband whom she married because she found him attractive and charming. The couple is fiercely private and they both refrain from discussing their private life in public. 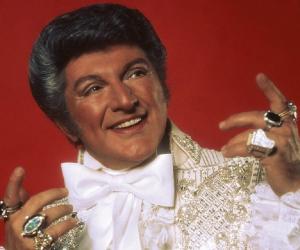 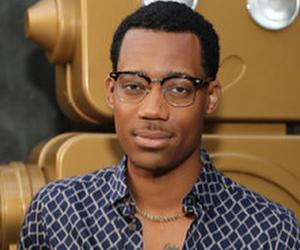