Terrina Chrishell Stause is an American actress who became famous after appearing as ‘Amanda Dillon’ in the American television soap opera ‘All My Children,’ which aired on ABC. She also played the character of ‘Jordan Ridgeway’ in the NBC daytime soap opera ‘Days of Our Lives.’ Stause made her film debut in ‘Scaring the Fish’ (2008), in which she played the role of ‘Robin.’ She then went on to become successful as a television actress and has played some very popular characters on television, including ‘Justine Befort’ in ‘Body of Proof,’ ‘Jules’ in ‘Curse of the Crimson Mask,’ ‘Zoey Miller’ in ‘Youthful Daze,’ and ‘Bethany Bryant’ in ‘The Young and the Restless.’ At present, her film career seems to be on a roll as she was cast in her first leading role in the thriller movie ‘Eve of Abduction’ which released in 2018. Jennette McCurdy
21st July In History
DID WE MISS SOMEONE?
CLICK HERE AND TELL US
WE'LL MAKE SURE
THEY'RE HERE A.S.A.P
Quick Facts 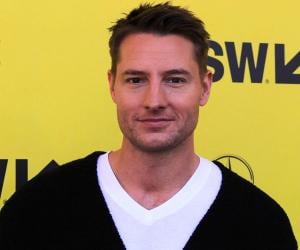 Chrishell Stause started her career with a role that helped her establish in the industry. She debuted on television, portraying the character of ‘Amanda Dillon Martin’ on the ABC soap opera ‘All My Children’ in May 2005. The show was a long-running soap opera, with over ten thousand episodes in over 40 years. She played the character of ‘Amanda’ for over six years, taking over from Alexis Manta. The show ended in 2011.

She was offered the role of ‘Robin’ in the film ‘Scaring the Fish.’ She then appeared as ‘Jules’ in ‘The Crimson Mask.’ She also appeared in the American medical drama television series ‘Body of Proof’ where she played a guest role in 2011. After doing a couple of short films, Stause signed up for the role of ‘Jordan Ridgeway’ on the NBC daytime soap opera ‘Days of Our Lives.’ She played the character for two years before leaving the show in 2015. It was announced in 2018 that Stause would be reprising the role as ‘Jordan Ridgeway.’

After her successful campaign with the show, she took up the role of ‘Zoey Miller’ in the television series ‘Youthful Daze.’ She started appearing in the series as a regular in 2014. While working in ‘Youthful Daze,’ she also portrayed several other roles in various television shows, including ‘Meanwhile...’ in 2014, ‘Mistresses’ in 2015, and ‘Misguided’ in 2015. She appeared in the film ‘Another Time’ as ‘Julia Practor’ in 2015. Stause also appeared in a recurring role in the daily soap opera ‘The Young and the Restless,’ which was created by William J. Bell and Lee Phillip Bell.

In 2017, she was cast in a thriller film titled ‘Eve of Abduction,’ which released the following year. She was then seen in an unscripted documentary series titled ‘Selling Sunset,’ which first aired on March 21, 2019 as part of an eight episode season.

Terrina Chrishell Stause was born on July 21, 1981, in Draffenville, Kentucky, USA. There is an interesting story behind how she got her unique name ‘Chrishell.’ Her mother was at a ‘Shell’ station when she went into labor, and the attendant who called for help was named ‘Chris,’ and thus she was named ‘Chrishell.’

She went to ‘Murray State University’ and received her bachelor’s degree in theatre in 2003. Stause was in a relationship with actor, dancer, and singer-songwriter Matthew Morrison and the duo got engaged in 2006. However, the engagement was broken off in 2007. In 2017, she married actor Justin Hartley after dating him for over three years. In November 2019, Hartley filed for divorce, stating irreconcilable differences. In December 2019, Stause filed for dissolution of the marriage.