Christopher Wallace is a reputed American journalist, and television news anchor, best recognised as host of the Fox network aired Sunday morning talk show ‘Fox News Sunday’. Son of noted American journalist and media personality Mike Wallace, Chris is often compared with his father for his tough and wide-ranging interviews. He assisted Walter Cronkite during the 1964 Republican National Convention in his teens and served as a national reporter for ‘The Boston Globe’. He later shifted his focus on broadcast news and worked as a White House correspondent for NBC. He then served as a weekend anchor of ‘NBC Nightly News’; host of ‘Meet the Press’; and anchor of ‘Primetime Thursday’ and ‘Nightline’. He gained widespread fame hosting ‘Fox News Sunday’ since 2003. Chris has interviewed imminent politicians on the show including Barack Obama, Vladimir Putin and Donald Trump; and was selected to moderate the final 2016 United States presidential debate between Donald Trump and Hillary Clinton, and the first 2020 United States presidential debate between President Trump and Joe Biden. Chris received several awards including three Emmy Awards and a Peabody Award. 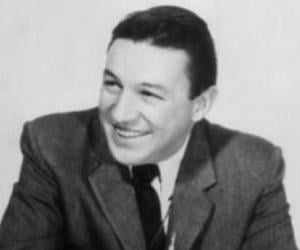 Christopher Wallace was born on October 12, 1947, in Chicago, Illinois, US, in the Jewish family of Mike Wallace and his first wife Norma Kaphan. Being born on Columbus Day, Mike and Norma named him Christopher. Mike, a journalist, actor, game show host and media personality, was best known as one of the original correspondents for CBS' ‘60 Minutes’. Mike and Norma divorced when Chris was a year old. He was raised by his mother and stepfather Bill Leonard, who went on to become President of CBS News.

Chris’ relationship with Mike developed years later after he lost his elder brother Peter in a mountain-climbing accident in Greece in 1962.

Chris studied at the Hotchkiss School. He was in his teens when he got his early exposure to political journalism through Leonard. This saw him working as assistant to Walter Cronkite during the 1964 Republican National Convention. While attending Harvard College, Chris first reported news on-air for WHRB operated by Harvard College students.

Chris was accepted at Yale Law School, however he joined American daily newspaper ‘The Boston Globe’ as a national reporter. His boss there described him as an "aggressive and ambitious reporter". He turned his focus on broadcast news after noticing the impact television had on news during the 1972 Republican National Convention. He worked for WBBM-TV for sometime in the early 1970s.

He commenced his career in Network journalism with NBC in 1975. He served as a WNBC-TV reporter in New York City for 14 years before being transferred to Washington bureau of NBC where he worked as a political correspondent for NBC News. In 1982, he served as Washington co-anchor and news reader for ‘Today’ with Bryant Gumbel and Jane Pauley. Same year he became chief White House correspondent for NBC and served in such capacity till 1989.

He remained anchor of Sunday edition of ‘NBC Nightly News’ from 1982 to 1984 and again from 1986 to 1987, and moderator of ‘Meet the Press’ from 1987 to 1988. He took a joint interview of Ronald Reagan and Nancy Reagan on May 18, 1985, at Camp David as part of an NBC News special. He interviewed different political personalities including Donald Trump while covering the 1988 Republican National Convention for NBC News.

In 1989, Chris departed from NBC and joined ABC. There he served as senior correspondent of ‘Primetime Thursday’ and also hosted ‘Nightline’ occasionally. He reported on the Iraqi Scud missiles attacks from Tel Aviv during the Persian Gulf War in 1991. His reporting on Primetime Live segment: Hope Sells garnered him a News and Documentary Emmy Award nomination.

He left ABC in 2003 and joined Fox News where he replaced Tony Snow as host of the Sunday morning talk show, ‘Fox News Sunday’. His career as a journalist only bolstered with the network with Fox News Chairman Roger Ailes calling him one of the best interviewers in the business. Chris took part in coverage of almost all major political events during his 17 years at FOX and has also interviewed different dignitaries and US leaders. These include securing the network’s first interview with President Barack Obama in February 2009.

Chris along with Special Report anchor Bret Baier and ‘The Kelly File’ anchor Megyn Kelly served as moderators during the 2016 Republican Party Presidential debate that aired on Fox News on March 3, 2016.

Chris was selected by the Commission on Presidential Debates (CPD) as moderator of the final 2016 Presidential debate between Donald Trump and ex-Secretary of State Hillary Clinton. With this Chris became the first Fox News anchor to become a moderator in a general election presidential debate. His tough questioning to both Trump and Clinton during the debate held at the University of Nevada, Las Vegas, on October 19, 2016, earned Chris praise from both sides of the aisle.

The first interview of Donald Trump after he was elected President of the US was taken by Chris in 2017.

He covered the September 2018 Supreme Court hearings of Brett Kavanaugh, who was accused of sexually assaulting several women including Christine Blasey Ford. The latter accused that Kavanaugh sexually assaulted her while they were attending high school. Chris elucidated the testimony of Ford as "extremely emotional, extremely raw, and extremely credible”. When conservative pundits censured her testimony, Chris asserted that it would be a mistake to disregard her and the seriousness of her allegation as there are teenage girls who don't tell such stories to a lot of people and thus should not be disregarded when such issues come up later.

He promoted the 2019 biographical documentary film ‘Mike Wallace Is Here’, made on his father, on ‘The Late Show with Stephen Colbert’ in July 2019.

His heated conversation with American conservative commentator Katie Pavlich on January 27, 2020, on Fox News Sunday on whether additional witnesses should be permitted to testify during the 2020 Impeachment trial of Donald Trump in the Senate drew attention. He also garnered considerable social media attention and news attraction for his July 19, 2020, interview with President Donald Trump outside The White House where he held the President accountable and fact-checked the latter in real time.

He was again selected by CPD to moderate the first 2020 United States presidential debate that was held at Case Western Reserve University in Cleveland, Ohio, on September 29, 2020 with President Trump facing former Vice President Joe Biden. The debate was referred as chaotic by Chris who tried to gain control and maintain order several times amidst frequent interruptions from President Trump.

He was part of Martha McCallum and Bret Baier’s Election night coverage of 2020 United States presidential election on Fox News on November 3 that year.

Chris authored the books ‘First Lady: A Portrait of Nancy Reagan’ (1986) and ‘Character: Profiles in President Courage’ (2004), and co-authored the book ‘Countdown 1945: The Extraordinary Story of the Atomic Bomb and the 116 Days That Changed the World’ (2020) with Mitch Weiss. The latter garnered positive reviews and remained on The New York Times Best Seller list for several weeks. It also found place on The Dad Bookshop's list of Ten Best Non-fiction Dad Books of 2020.

Chris married Elizabeth Jane Farrell on May 13, 1973. They later divorced. Together they have four children, Peter, Megan, Andrew and Catherine

Character of Chris was played in Saturday Night Live by Tom Hanks in 2016 during the Third Presidential Debate Cold Open, and by Beck Bennett in 2020. The 2019 blockbuster hit American drama film ‘Bombshell’ also featured his character that was portrayed by Marc Evan Jackson.

See the events in life of Chris Wallace in Chronological Order