MTV’s ‘Geordie Shore’, a drama-packed British reality television show has given us several glamorous beauties like Holly Hagan and Charlotte Crosby, but Chloe Ferry tops the list with her sensuality, charisma and over-the-top dresses that portray her as a peppy, funny but notorious college girl. Chloe, who earlier worked as Chloe November—theseductive club hostess—usedher connections with show biz lothario Scotty Timlin to reserve her spot in‘Geordie Shore’s glitzy cast. Thanks to a schedule of junk food, booze and limited exercise, Ferry, who was a skinny teenage sportsenthusiast, went from size 8 to size 14. This called for a wardrobe makeover, and thanks to her voluptuous figure, Chloe Ferry found her biggest celluloid break at the age of 21. Today, she’s the sexiest, wildest and trendiest girl of the ‘Geordie Shore’ show. Her semi-nude selfies and almost ‘open’ tops on Instagram have fetched her around 2 million followers in the virtual world. She is also quite active on Twitter, Snapchat, Facebook and Pinterest.
Continue Reading Below 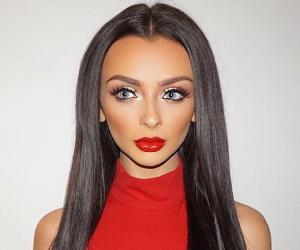 British People
Female Reality TV Stars
Briton Reality TV Personalities
Women Film & Theater Personalities
British Film & Theater Personalities
The Meteoric Rise To Stardom
Not much is known about Chloe’s childhood and personal life. As a child, Chloe joined a dance school in the hopes of joining the glamour world later. Her plans changed as she grew up. In her teens, she took great interest in sports and gymnastics. Having spent her entire teenage competing in various sports, she emerged as a national skater with an athletic built. By the time she approached the crucial age of 18, she had surfaced as a skating genius but decided to ditch this field to start a full-fledged career in acting. Her job at the nightclub helped her develop a stylish, ultra-sexy persona. In time, she got her claws into Scotty T, who introduced her to reality TV. Thus, within a span of just three years, Chloe transformed from a ‘nobody’ to an unparalleled reality TV star.
You May Like

British Female Reality Tv Personalities
British Female Film & Theater Personalities
Virgo Women
Continue Reading Below
What Makes Chloe Ferry So Special
Ever since Chloe joined ‘Geordie Shore’s 10th Season, she has given her fellow cast members a run for their money. With around 2 million followers on various platforms, Chloe has built up a solid reputation in the virtual world. She quickly made a name for herself by constantly pushing the envelope of public decency. With semi-nude selfies, revealing outfits and bang-on girl-on-girl action, she joined the gang of wild girls. This girl is hot and bold! She doesn’t hesitate to reveal her ample cleavage and groin for no apparent reason. This is why she’s quite popular among younger population, especially hot, buffy men.
Criticism, public shaming and controversies, none of these seem to faze the young beauty. Clad in skimpy outfits, she walks with her head high without a care for the world. Her fans love this attitude!
Beyond Fame
Like other young celebrities, Chloe Ferry’s glitzy celebrity life is not untouched by scandals and rumors.She pulled up a shameless yet hilarious display with her girl pals Holly Hagan and Marnie Simpson on her 21st birthday. The girls left very little to imagination as they stumbled around in Newcastle, sloshed to the boot in their split dresses and towering high heels. Even in her drunkard state, Chloe managed to stage an impromptu photoshoot near the pavement railings outside.
Other time, she posed up a storm in a series of 31 raunchy photographs that she clicked for her Instagram profile. In these mind-boggling selfies, she showed off her derriere, posing at different angles. We don’t blame her for giving an eye candy to young eyes!
Behind The Curtains
Chloe Ferry was not born with those voluptuous curves, angular nose and perfect features. Being a fan of plastic surgery, she followed in Crosby’s footsteps and got her face surgically enhanced, thus shocking millions of viewers around the world. We’ve an exact lowdown on the amount of corrections she has had on her face. In one of her interviews with ‘OK!’ Chloe confessed that she had Botox injected into her face in past. Not only this, she got cheek fillers, eyebrow lifts and tattoos to transform her face. Ever the classy Chloe-style pout is an outcome ofthe four lip jobs she had in past. But the beauty is not satisfied with these alterations. She plans to have veneers and chin fillers to correct other ‘apparent’ deformities in her appearance. So much for beauty!
Being tired of all the figure-criticism she faced in past, Chloe Ferry embarked on a strict health regime. Consequently, we saw her incredible slimmed down figure in a tightfitting cut-out swimsuit which she wore to a beach in Cape Verde. Risking a wardrobe malfunction, Chloe confidently sported her toned waist, mile-long legs and all of her cleavage, shutting up her critics with a marvelous come back. A few onlookers mistook her for Kylie Jenner, because of her new hair dye, lip fillers and contoured make-up. But the new look definitely suits her!
Trivia
Chloe isn’t lucky in love. She has seen multiple ups and downs in relationships over the years. While she was neck deep in love with DJ Sam Scott, her beau’s ex slammed her on Twitter, accusing the “Z-list” reality star for being a reason behind her break-up with Scott. Ouch!
Recently, a ‘killer clown’ craze swept the entire continent and Chloe fell a victim to a doppelganger. She and her pal were positively frightened as they were attacked by a ghoulish clown dressed in red boiler suiton the streets of Middleborough while they were heading to a nearby restaurant. Luckily, it was just a prank and the girls were safe but terrified because of the attack. 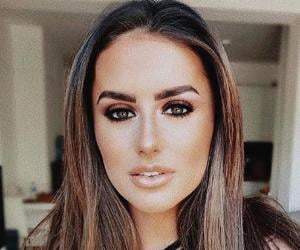 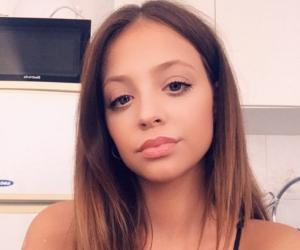 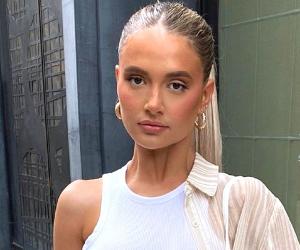 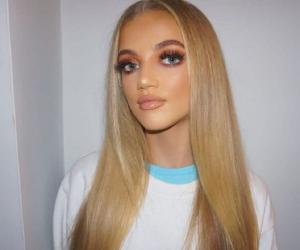