Advanced Search
Charles Ponzi was an Italian fraudster who was known for his fraudulent money-making schemes. He had several aliases including Charles Ponci, Carlo, and Charles P. Bianchi. He was known for committing financial crimes as he conned people into giving him millions of dollars as “investment” and then paid them back with his future investors’ money. Thanks to the excellent initial returns that the investors received and his charismatic persona, he managed to pull off one of the greatest fraudulent financial schemes in history. He cashed on this scheme, which eventually became known as “The Ponzi Scheme” for about a year until it collapsed. The basic premise of his Ponzi scheme was "to rob Peter to pay Paul" and it cost his "investors" nearly $20 million. He faced various charges, including 86 counts of mail fraud. He pleaded guilty to mail fraud and was sentenced to five years in prison. Ponzi went on to write an autobiography which was titled “The Rise of Mr. Ponzi” in 1936. In this book, he talks about his life and also about his infamous scheme. Arnold Rothstein
DID WE MISS SOMEONE?
CLICK HERE AND TELL US
WE'LL MAKE SURE
THEY'RE HERE A.S.A.P
Quick Facts 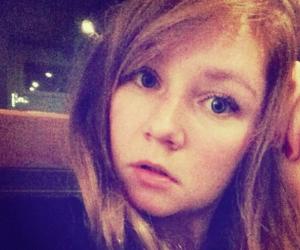 American Celebrities
Italian Celebrities
Italian Men
Male Criminals
Pisces Criminals
Italian Criminals
Childhood & Early life
Born in Lugo, Italy, in 1882, Charles Ponzi came from a well-to-do family. However, his parents went through tough times and struggled to make ends meet later on.
He used to spend a lot of money on bars, cafés, and the opera during his university years. Ponzi ended up broke and without a degree. Following this, his parents urged him to go to US so that he could make some money.
Continue Reading Below
The Ponzi Scheme
Ponzi reached Boston in November 1903 aboard the S.S. Vancouver. It is believed that he entered the country with just $2.50 in cash. He learned English and took up odd jobs for the next few years.
For a while, he took up a job as a dishwasher in a restaurant and slept on the floor. Ponzi was good at his work and was soon promoted to a waiter. He was later fired for theft and shortchanging the restaurant clients.
In 1907, Ponzi lived in Montreal and worked as a teller at Bank Zarossi. The bank charged high interest rates and was often used by the new Italian immigrant population living in Canada. Bank Zarossi then went bankrupt and Ponzi was without a job.
He was imprisoned for three years in a prison in Quebec for forgery. In 1911, after getting released, he started helping smuggle Italian immigrants into the United States. He spent two more years in a prison in Atlanta after getting caught.
In 1919, Ponzi set up a small office in Boston. He got a letter from a Spanish company requesting an advertising catalog. He found an international reply coupon (IRC) inside the envelope and realized he could make money out of it.
After World War I ended, inflation greatly reduced the cost of postage in Italy expressed in U.S. dollars. This meant he could buy IRC cheaply in Italy and exchange it for U.S. stamps of higher value. He started making money by buying the stamps at a lower price and then immediately selling it for a higher rate, which was completely legal. Ponzi said he had made a profit of almost 400%.
In 1920, Ponzi started a stock company to get more money from the public. He promised his clients a 50% profit within 45 days of investment or a 100% profit within 90 days.
Ponzi used to pay back earlier investors with the money that he received from his future investors. This paved the way for his fraudulent investment schemes. Although Ponzi was not the first person to exploit his clients with this tactic, it became synonymous with him and came to be called the "Ponzi scheme".
Eventually, his scheme collapsed and he was charged with 86 counts of mail fraud. Ponzi pleaded guilty on November 1, 1920, and was sentenced to five years in federal prison.
Family & Personal Life
In 1918, he married Rose Maria Gnecco, a stenographer hailing from an Italian-American immigrant family in Boston. He worked on his father-in-law's fruit business for a while but it failed shortly thereafter.
Ponzi lived a luxurious life in Lexington, Massachusetts, and owned a Locomobile, the finest car of that time. His mother lived with him and Rose, but died later on. Ponzi said he would donate $100,000 in honor of his mother to the Italian Children's Home in Jamaica Plain.
He divorced Rose in 1937, right after his deportation to Italy.
Death
Charles Ponzi moved to Brazil and worked as an agent for Ala Littoria, the Italian state airline. He later became an English language teacher. Ponzi barely had any money left during his last years. By 1941, he had suffered a heart attack and had various medical issues. He became almost blind by 1948.
He also suffered a brain hemorrhage that paralyzed his right leg and arm. On January 18, 1949, he died at the Hospital São Francisco de Assis of Federal University of Rio de Janeiro in Brazil. At the time of his death, he was living in such poverty that there was barely anything to fund his own burial.

See the events in life of Charles Ponzi in Chronological Order