Jad Slaibeh is a Canadian YouTube star and social media personality who is more popular by his username ChadWithaJ. He is part of the popular, comedic YouTube group known as Team Alboe. A native of Ottawa, ChadWithaJ grew up alongside other members of Team Alboe. He was an active child and also loved watching Pokémon, Dragon Ball Z, and Zoey 101. On realising that a career as a professional YouTuber is quite lucrative, ChadWithaJ set up his YouTube channel in April 2013 and his first ever video was posted soon after. He has since accumulated 1.5 million subscribers and over 150 million views in total. He is very popular on other social media platforms as well. He has 354 thousand and 159 thousand followers on Instagram and Twitter, respectively. Ambitious, hard-working, and driven, ChadWithaJ mainly creates videos on public interviews, short comedy skits and challenges with his friends and is always looking to improve his content. He uploads regularly and often interacts with his fans.
Continue Reading Below Sagittarius Youtubers
Male Comedy Youtubers
Canadian Comedy YouTubers
Sagittarius Men
ChadWithaJ’s videos regularly get hundreds of thousands of views. His most viewed video is ‘Won The Arcade Punch Bag Jackpot!*World Record*’ (15 million views), which was posted on October 12, 2017. His other popular videos include ‘Trading A Paperclip For A Puppy’ (8.3 million), ‘Guess Who *YouTuber Edition!!*’ (3.9 million), and ‘Trading A Paperclip For A Car’ (3.5 million).

The Sexiest Men Of 2020, Ranked
Continue Reading Below
Personal Life
Jad Slaibeh was born on November 23, 1991, in Ottawa, Canada, to Lebanese parents. He has a brother. ChadWithaJ is a university graduate.
ChadWithaJ has known the other members of Team Alboe, WolfieRaps (Charles Raynor), DavidParody, Itsyeboi (Sean Callaghan), Ryan Swaze, and Daniel Haye since they were children. Having grown up together, they have developed a tight bond that transcended childhood.
When they were still teenagers, David once saved Jad’s life. At the time, they barely knew each other and were attending a party at a mutual friend’s house. They heard that a more entertaining social gathering was taking place somewhere else. Jad, David and several others got on the back of a truck to go to the party. Jad, who was sitting on the edge of the back of the truck, tilted backwards as soon the truck started moving. He would have fallen off if David had not caught him by his legs in time. The driver of the truck realised that something was wrong and turned off the engine.
He is currently dating Yara Iskandar, a fellow Canadian social media influencer who has appeared on several of his videos. 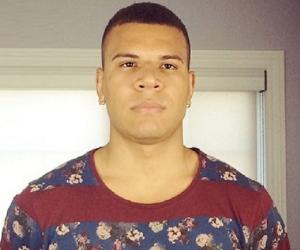 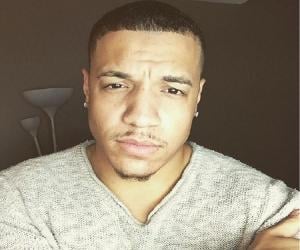