Cha Eun-woo is the stage name of South Korean singer, actor, and model Lee Dong-min, who is part of the six-member K-pop group 'Astro' formed by the talent agency and label ‘Fantagio.’ The popular boy band debuted with their single ‘Hide & Seek’ from their EP ‘Spring Up’ in 2016. Following this, they were named one of the best new K-pop groups of that year by ‘Billboard.’ Cha has also ventured into emceeing TV shows and has made a name for himself as a rookie actor. Cha is also part of the fictional four-member group ‘S.O.U.L’, created by ‘Youtube Red’ for their web series ‘Top Management.’ The group debuted with ‘Get Myself with You’ on October 2, 2018. The charismatic young star has been given the title “Face Genius” by the Korean media, for his flawless boyish looks. Cha currently stars in ‘MBC’s historical drama ‘Rookie Historian Goo Hae Ryung,’ which is also available on ‘Netflix.’ Lee Dong-wook
30th March In History
DID WE MISS SOMEONE?
CLICK HERE AND TELL US
WE'LL MAKE SURE
THEY'RE HERE A.S.A.P
Quick Facts

South Korean People
K-Pop Singers
TV Anchors
TV Presenters
Reality TV Personalities
Childhood & Early Life
Cha Eun-woo was born Lee Dong-min, on March 30, 1997, in Gunpo, Gyeonggi Province, South Korea. He attended the ‘Neungnae Elementary School’ and then went to ‘Suri Middle-School’ and ‘Suri High-School.’ He also once studied at a primary school in the Philippines.
From 2013 to 2016, he attended the ‘Hanlim Multi Art School’ and graduated in broadcasting and entertainment. Cha was the class president and the captain of the basketball team during his senior years.
While at ‘Hanlim,’ Eun-woo appeared on the ‘Golden Bell Challenge!,’ the ‘KBS’ high-school quiz program. This got him noticed much before his debut as an idol, with the ‘Koreaboo’ community designating him “Hanlim Yeungnam.”
Cha was scouted by a ‘Fantagio’ manager during a school festival. He was then offered a contract, which he initially refused. However, the talent hunters persisted and eventually persuaded him and his parents to let Eun-woo become a trainee with the agency.
In 2013, he participated in ‘Mr. Pizza’s iTeen Audition for Promotional Model’ with bandmate Moon Bin, and the two eventually got picked up for the job. A few months later, he appeared in the ‘KBS’ news segment ‘Hallyu Star & Gangnam Style: Trainee Interview,’ alongside future bandmates Moon Bin, Rocky, and Jinjin.
In November 2015, he was accepted by ‘Sungkyunkwan University.’ He joined the acting program at their performing arts school in 2016.
Continue Reading Below
Recommended Lists:

South Korean Men
Tall Celebrities
Tall Male Celebrities
Aries Actors
Career
In September 2014, Cha appeared in a small role in the film ‘My Brilliant Life,’ playing the healthy version of ‘Ahreum,’ the progeria syndrome-ridden son of the characters played by actors Song Hye-Kyo and Gang Dong-won.
In 2015, he was launched under his pseudonym, “Cha Eun-woo,” in Fantagio’s web drama ‘To Be Continued.’ This was followed by a leading role in their short web series ‘My Romantic Some Recipe’ (2016) and a supporting role in ‘The Best Hit’ (2017), pushing him further into the limelight.
His music group, ‘Astro,’ debuted on February 23, 2016. Their world tour, the second ‘Astroad Tour,’ dubbed the ‘Star Light,’ concluded on April 27, 2019, and spanned various locations around the world, including Taiwan, Hong Kong, Thailand, and the US.
In August and September 2016, he participated in Chuseok’s special variety show ‘Replies That Make Us Flutter’ and their pilot for ‘Boomshakalaka.’ He was soon announced as a co-host for ‘Show! Music Core,’ alongside Kim Sae-ron and Lee Soo-min. His association with the show lasted from 2016 to 2018.
He then appeared in ‘The Best Hit’ and the miniseries ‘Sweet Revenge’ in 2017. He was cast as a lead in the ‘Youtube Red’ web series ‘Top Management’ in 2018. Later that year, Cha was cast in the ‘JTBC’ romantic comedy ‘My ID Is Gangnam Beauty,’ his first starring role on TV, which propelled him to new heights of popularity and got him featured on ‘GQ Korea’s list of the “Men of the Year.”
The long-awaited series 'Rookie Historian Goo Hae-ryung,’ co-starring Shin Se Kyung, premiered on July 17, 2019. It was a romance between an aspiring palace historian and a lonely Joseon-era prince (secretly a popular romance novelist) named Lee Rim. The two were shown striving for a society free of sexist attitudes toward women’s education and their intellectual pursuits.

In 2019, Cha Eun Woo starred in the South Korean television series 'Rookie Historian Goo Hae-ryung' alongside Shin Se-Kyun. His performance in the series won him Excellence Award for an Actor and also the Best Couple Award with Shin Se-kyung at 2019 MBC Drama awards.

Aries Models
Male Models
Aries Singers
Male Singers
Awards & Achievements
He was nominated for the ‘Best Newcomer’ under the ‘Music/Talk Show’ and the ‘Show/Sitcom’ categories at the 2016 ‘MBC Entertainment Awards.’
He won the ‘CF Male Star’ award at the 2017 ‘MTN Ad Festival.’ He also won the ‘Best New Actor’ and the ‘Hallyu Star’ awards at the 11th ‘Korea Drama Awards’ (2018), for his work in the series ‘My ID Is Gangnam Beauty.’
He was awarded the ‘Special Award - Person of the Year’ at the 3rd ‘Indonesian Television Awards.’ He won the ‘Rising Star Award’ at the 3rd ‘Asia Artist Awards’ and the ‘Most Searched Rookie Actor’ title at the ‘Yahoo Asia Buzz Awards.’
Cha also won the ‘Male Idol-Actor’ and the ‘Male Commercial Model’ awards at the ‘Korea First Brand Awards’ in 2018.
Recommended Lists:

Male Tv Anchors
Male K-pop Singers
Male Tv Presenters
Actors Who Are In Their 20s
Family & Personal Life
Arguably one of the “hottest” male K-Pop idols of all time, Cha revealed in a November 2018 radio interview that he had dated only once before, in high school, when he was a trainee. He also stated that his ideal girl would be “curious, wise and intelligent.'' He added, “I want to date someone after meeting them naturally.''
Among the several nicknames given by his bandmates are “Butt-min” and “Morning Alarm” (because he has a knack for rising early and waking everyone else up). Another nickname is “White Tee Guy,” because he always wore white T-shirts during the band’s ‘Breathless’ era.
Bandmate Jinjin has revealed that he and Eun-woo are the best speakers of English in the group. The latter is also considered the smartest and the most voracious eater of the six.
He considers the members of ‘EXO’ and actor-singer Seo Kang Jun of ‘5urprise’ his role models. The latter is also one of his close friends.
Recommended Lists: 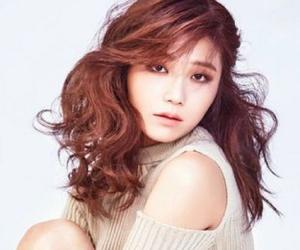 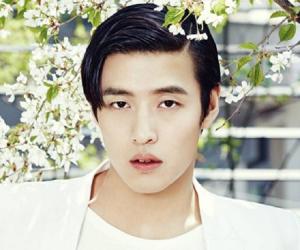 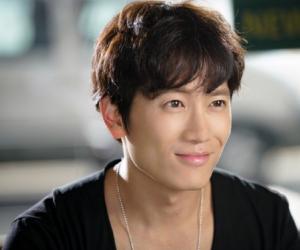