(British Photographer Best Known for His Portraits of World Notables)

Advanced Search
Antony Armstrong-Jones was a British photographer and film-maker. He was also known as Lord Snowdon for his first marriage to Princess Margaret, the only sister of Queen Elizabeth II. Though Armstrong-Jones was a versatile photographer, he is best known for his portraits of world-renowned celebrities like Princess Diana, David Bowie, and Elizabeth Taylor. More than 100 of his photographs are housed at the ‘National Portrait Gallery’ in London. In 1968, he made a documentary film titled ‘Don't Count the Candles,’ which won seven prestigious awards, including two Emmy Awards. Armstrong-Jones was also a designer and inventor, whose invention, a type of electric wheelchair, was granted patent in 1971. In 1985, he was honored with the ‘Progress Medal’ and ‘Honorary Fellowship’ from the ‘Royal Photographic Society.’ In 1989, he was presented with an ‘Honorary Doctor of Laws’ from the ‘University of Bath.’ Annie Leibovitz
DID WE MISS SOMEONE?
CLICK HERE AND TELL US
WE'LL MAKE SURE
THEY'RE HERE A.S.A.P
Quick Facts

See the events in life of Antony Armstrong-Jones, 1st Earl Of Snowdon in Chronological Order 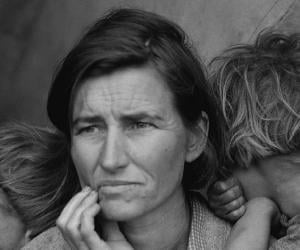