Cassie Hollister is an American social-media influencer, best known for her family-oriented vlogs on her 'YouTube' channel. Even though she is known as a vlogger, her early social-media fame came from 'Instagram.' She joined 'Twitter' in September 2012. However, Cassie posted her first ''tweet'' the following year. Cassie joined 'YouTube' much later but has been regular in posting videos ever since she has started her channel. Cassie owns two channels on 'YouTube,' of which one is dedicated to her vlogs featuring her family members. She runs her second channel in collaboration with her husband. 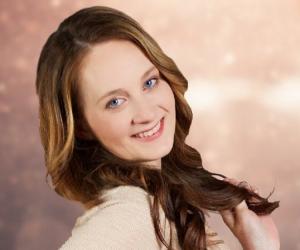 American People
American Women
California Instagram Stars
California YouTubers
Female Vloggers
Rise to Fame
Cassie ventured into social media with a motive. She always wanted to own a 'YouTube' channel and create vlogs. However, she waited until she graduated. Following her graduation, Cassie thought it was the right time to start her 'YouTube' career.
Recommended Lists:

Cancer Youtubers
Female YouTubers
American Vloggers
American YouTubers
Cassie joined the 'YouTube' community on February 12, 2016, with her channel 'SoCassie.' The channel primarily hosts viral challenges, pranks, storytimes, DIY projects, and outdoor activities. She has also done review videos for the channel. Cassie lets her fans know her better with her Q&A videos. 'SoCassie' is a family-oriented channel, and Cassie features her family members in most of her vlogs and videos.
Recommended Lists:

Female Youtube Pranksters
Female Instagram Stars
American Female Vloggers
American Instagram Stars
Cassie began her debut 'YouTube' venture with a video named ‘5 Facts About Me,’ published on March 1, 2016. The first video on the channel to reach a million views was ‘Short Girl Problems! – SoCass.’ Other popular videos on 'SoCassie' are ‘ORBEEZ CHALLENGE! (w/ Ollie!),' 'DIY EDIBLE ORBEEZ!! - YUM! ?,' '❄️ DIY SNOW CHALLENGE! ❄️ (w/ Ollie!),' 'GUMMY FOOD vs REAL FOOD CHALLENGE! W/ MY DAD!,' 'DIY EDIBLE RAINBOW SLIME! ? Yummy Starburst Slime! // SoCassie,' 'PANCAKE ART CHALLENGE! (DIY W/ Missy Lanning!) // SoCassie,' 'HUGE POOL OF UNICORN MAGICAL SLIME DIY! ? W/ Daily Bumps! // SoCassie,' 'SLIME WATER BALLOON PRANK ON MY DAD! // SoCassie,' and 'DONT ACTIVATE The WRONG MYSTERY BUTTON! Intense Trap Door Challenge “SURPRISE EXPENSIVE ITEM.” The last two video tops the popularity list, with more than six million views, the highest on the channel. Currently, 'SoCassie' has around 731 thousand subscribers.
Cassie has a second 'YouTube' channel, titled 'C&C Life,' which was launched on December 6, 2018. She started the channel with her then-boyfriend, Carlos, who is now her husband. However, Cassie had featured him earlier in her vlog channel. 'C&C Life' is dedicated to her life with Carlos. The channel hosts their travel vlogs and provides an insight into their relationship. Now, when Cassie and Carlos are married, they make vlogs on marriage and family planning. On the fun side, they also sometimes take up viral challenges. Recently, Cassie and Carlos did the 24-hour pregnancy challenge. 'C&C Life' is still in its initial stage and has earned around 51 thousand subscribers to date.
Cassie is active on her 'Instagram' page, too, where she posts her selfies and other random family pictures. She has earned over 247 thousand followers on the platform.
You May Like

Famous Beautiful Women With Green Eyes
Continue Reading Below
Family & Personal Life
Cassie was born on June 26, 1997, in California, to Jim and Suzanne Hollister. She grew up alongside her siblings, Missy and Jimmy. Cassie has two nephews (Missy’s sons), Oliver and Finley. Oliver (also known as “Ollie”) has often been featured in Cassie’s vlogs.
Recommended Lists:

American Women YouTubers
American YouTube Pranksters
American Female Instagram Stars
American Female Youtube Pranksters
Cancer Women
At one point, She learned kickboxing and Jiu-jitsu. Her husband, Carlos, is trained in Brazilian Jiu-Jitsu.
Her all-time favorite actor is Melissa Ann McCarthy.
Cassie believes that because she is left-handed, her handwriting is terrible.
She is an ardent dog lover. Initially, she had three cats, but they all died.