Caspar David Friedrich was a German Romantic landscape painter, considered one of the leading figures of the German Romantic movement. Also counted as one of the most important artists of his generation, he is best known for his mid-period allegorical landscapes and seascapes that portray how humans are helpless against the forces of nature. Friedrich was born in the town of Greifswald on the Baltic coast in what was at the time known as Swedish Pomerania. He studied in Copenhagen before he settled in Dresden. He grew up during a period when the European society was growing increasingly disillusioned with materialism and gaining a new appreciation of spirituality. He studied at the Copenhagen Academy, which was one of the most progressive art schools of the time. His first important oil painting was ‘The Cross in the Mountains’, which was characterized by an overwhelming sense of stillness and isolation. Over the course of his career, Friedrich helped landscape painting become a major genre within western art. He has also inspired many other artists such as Arnold Bocklin and Johan Christian.
Continue Reading Below German People
Male Artists & Painters
Virgo Artists & Painters
Virgo Men
Childhood & Early Life
Caspar David Friedrich was born on 5th September 1774, in Greifswald, Swedish Pomerania, on the Baltic coast of Germany, into a strict Lutheran family. At an early age, he lost his mother and his two sisters. He also lost his brother, Johann, who, according to some sources, drowned while trying to rescue Caspar when he fell through the ice of a frozen lake.
Friedrich was educated by tutors when he was young. He started taking drawing lessons in 1790 from university professor Johann Gottfried Quistorp.
He enrolled at the Copenhagen Academy, where, in addition to pursuing his master’s degree, he also developed his lifelong interest in nature and landscape. He also became interested in spiritual and mystical poetry.
Continue Reading Below
You May Like

The Best Black Actresses Of All Time
Career
In 1798, Casper David Friedrich finished his studies and moved to Dresden where he settled permanently. He used to espouse Romantic ideals, which included studying the spiritual potential of art as well as the expression of religious sentiments through the power of nature. He believed that man’s absolute goal is to realize the divine.
In his early years, he experimented with printmaking, etchings, as well as designs for woodcuts. Later, he also began working with ink, watercolor and sepias. Excluding a few pieces such as ‘Landscape with Temple in Ruins’, he didn’t work extensively with oils until his reputation grew.
He preferred to work mostly on landscapes, and he made several trips to places such as the Baltic coast, Bohemia, and Harz Mountains, for inspiration.
Since he worked during the reign of the Napoleonic Empire, Friedrich’s interest in landscapes also carried political importance, as he used to depict German places with a sense of pride and power. Many of his contemporaries believed that his works held the promise of future independence from foreign rule.
Over the years, he gained recognition as one of the leaders of Romanticism in Germany. He was elected to the Dresden Academy in 1816, after which he got a steady salary. He married soon after.
With time, he gained the attention as well as patronage of significant international figures. His works ‘The Monk by the Sea’ and ‘Abbey in an Oak Forest’, were exhibited at the Berlin Academy.
His paintings acquainted him with Prince Friedrich Wilhelm Ludwig of Prussia, who bought a few of them. He was also supported by the royal family, though he lost their favor later on, due to his liberal political views.
Friedrich was also a member of the Berlin Academy. However, after some years, he decided to distance himself from the Prussian authorities, and he applied for Saxon citizenship.
He was given Saxon citizenship as well as membership in the Saxon Academy. However, he was never awarded a full professorship, which could be due to his controversial political views.
Later Years
Friedrich’s reputation started declining over the years, as the ideals of early Romanticism were no longer in fashion. He was also viewed as eccentric and melancholic, someone who was not evolving with time. He started living as a recluse and spent considerable time taking long walks through fields and forests in daytime and nights.
The death of fellow artist Gerhard von Kugelgen intensified his depression. Still, he continued to create important works such as ‘The Stages of Life’. A few scholars interpret his later works as gloomy meditations on death and the passing of time.
Family & Personal Life
Friedrich married Caroline Bommer on 21st January 1818. He was forty-one at the time of his marriage, while his bride was twenty-five. The couple had three children.
According to Carl Gustav Carus in his biographical essays, marriage didn’t impact Friedrich’s life or his personality much. He also depicted his wife in some of his paintings.
He suffered two strokes before his death on 7th May 1840.
Legacy
Caspar Friedrich helped landscape painting become a major genre within western art. He also influenced several artists of his time as well as of later times, including Johan Christian Dahl, Arnold Bocklin, Ivan Shishkin and Albert Pinkham Ryder.
You May Like 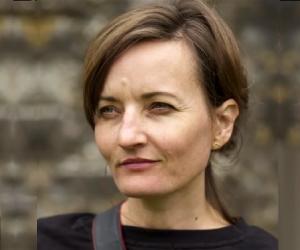 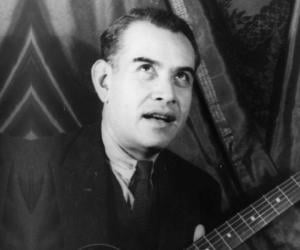