Advanced Search
Jonathan Luther Jones, popularly known as Casey Jones, was an American railroad worker and locomotive engineer. He became a folk hero when he lost his life trying to save his passengers in an accident. The accident occurred when Jones’ train collided with a stalled freight train’s caboose. Jones asked his fellow fireman, Simeon T. Webb, to jump and save himself from the collision. There was no loss of life in the accident apart from the engineer’s who was hailed as a hero. There were many speculations and arguments regarding what actually caused the accident. Experts believed the foggy night was the main reason for the unfortunate incident and the ultimate demise of the brave engineer. Jones’ friend and fellow Illinois Central Railroad worker Wallace Saunders wrote a ballad on his bravery which immediately became popular. In the 20th century, multiple songs were composed in his honor. The Industrial Workers of the World (IWW) activists wrote and sang a parody of ‘The Ballad of Casey Jones’. Image Credit
https://commons.wikimedia.org/wiki/File:Casey_Jones.jpg
(According to [2], photographer is by J. E. France (from the collection of Bruce Gurner, maintained by the Water Valley Casey Jones Railroad Museum).) Constantine And...
DID WE MISS SOMEONE?
CLICK HERE AND TELL US
WE'LL MAKE SURE
THEY'RE HERE A.S.A.P
Quick Facts 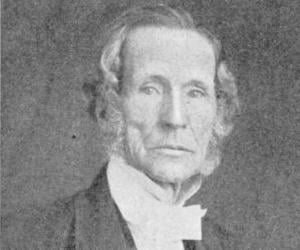 Constantine And...
Childhood & Early Life
Jonathan Luther "Casey" Jones was born on March 14, 1863, in Kentucky. His family moved to a small town named Cayce which was the inspiration behind his nickname, Casey.
Continue Reading Below
Career in Railroad Companies
Casey Jones started working for the Mobile & Ohio Railroad company as a brakeman. He was appointed on the Columbus to Jackson route and soon was transferred to Jackson, Tennessee, to Mobile, Alabama, route as a fireman.
Jones saw a great opportunity to progress in his career towards the late 1880s. A sudden demand for firemen in Illinois Central Railroad (IC) saw him switch his job. In 1888, he became a fireman on a freight locomotive that operated on the Jackson and Water Valley route.
Within three years, Casey Jones became an engineer, something he had always aimed for. Soon, he made a name for himself as a punctual engineer among his peers. He became so famous for his punctuality it was rumored that people used to set their watches by his timings!
Casey Jones made a signature sound with the train whistle. His trademark style of the whistle began softly (long drawn) and then peaked before dying with a whisper. All the neighborhoods around the line Jones used to operate recognized his whistling style every time his engines passed making the trademark sound.
The World's Columbian Exposition
In 1893, when the World's Columbian Exposition began in Chicago, Illinois Central Railroad was given the contracts to manage the commutes for the visitors. The company offered its engineers an opportunity to work on that particular project. Casey Jones immediately agreed to the offer and went to Chicago.
Jones had never operated a passenger train before. At the World's Columbian Exposition, he operated his first passenger carriage between Van Buren Street and Jackson Park. He went to Chicago with his wife and spent the summer with her, working at the fair.
He spotted a new freight engine, No. 638, with eight drive wheels and two pilot wheels. He requested permission to drive the engine when he learned it was being sent to Water Valley for service. He was permitted by the company to drive the engine and he took it on a 948 km run to Water Valley.
Running Passenger Trains
After the fair, Casey Jones was transferred to Memphis, Tennessee, to run passenger carriages on the Memphis-Canton line. This particular line was known for operating four fast mail and fast passenger trains. He ran the Engine No. 384 which previously used to be operated by engineer Willard W. "Bill" Hatfield.
This particular line was specially operated for fast transportation and Jones had a reputation of being the most punctual engineer in the company. Many engineers didn’t believe they could meet the schedule which was very tight, given that four trains were to run on a single line. A few of the trialed and experienced engineers even rejected the opportunity.
Accident & Tragic Death
Casey Jones and his fireman Sim Webb had to fill in for engineer Sam Tate who was ill on April 29, 1900. They left Memphis at 12:50 a.m. and were behind schedule by 75 minutes. The two were running overtime and had little rest.
Jones was in charge of a fast engine carrying six carriages on a rainy night. The line had several steep curves and the foggy night made it difficult to see. Although they were running late, Jones made significant strides through the sections. He almost made it on time to Durant and he was jubilant about the progress.
Casey and Webb had no idea that three more trains were at the station at Vaughan. Their combined length was excess by over ten cars for the station. The last four cars of train No. 83 were on the mainline due to the overcrowding.
When Jones' train arrived at Vaughan, they were almost running at 120 km per hour. Sim Webb had a better view of what was ahead as the train hit a left curve which blocked Jones’ view. Webb saw the red lights of the caboose and alerted Jones about the incoming danger. Jones brought down the speed by almost half and asked Webb to jump off the engine.
Webb jumped off the engine and lost consciousness on impact. Jones’ engine crushed the last car, a wooden caboose full of hay. The engine ran through another car, carrying corn, before hitting the third car, carrying timber. Jones’ train then derailed. The impact was fatal for Jones who was killed while holding his whistle and brakes. He kept on reducing the speed of his engine and saved his passengers.
Miraculously, Casey Jones was the only casualty in the accident which could have killed many had he abandoned his post when he saw the danger. His body was taken to the depot, about 800 meters away from the spot, on a stretcher.
His body was taken to his home at Jackson, Tennessee, the next morning. His funeral was conducted at the same place where he had married his wife almost fourteen years ago.
Family & Personal Life
On November 25, 1886, Casey Jones married Mary Joanna Janie at the St. Mary's Catholic Church in Jackson. The couple had three children and raised them in Jackson. Casey Jones never touched alcohol in his life.

See the events in life of Casey Jones in Chronological Order 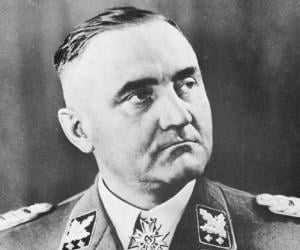