(One of the Leading Men of Classic Hollywood Cinema)

Cary Grant was a renowned English-born American film and stage actor who delivered stellar performances throughout his career. He is the recipient of many awards, including the prestigious ‘Academy Award’ and the ‘Kennedy Center Honors.’ His memorable roles in films like ‘North by Northwest’ and ‘The Philadelphia Story’ continue to inspire actors even today. Grant was known for his debonair looks and ravishing screen-presence. Thanks to his acting skills and transatlantic accent, he became one of Hollywood’s most popular actors. He started off as a juggler as part of a comedy troupe, and soon began to hone his acting skills. He worked under many famous banners, such as ‘Paramount Pictures’ and ‘Columbia Pictures.’ He also went on to establish his own production company and produced many films. He was always known as someone who exuded charisma, style, and confidence both on and off screen. Though he had a successful career and earned great fame as an actor, his personal life was rife with controversies. After quitting acting in films, he remained active in the entertainment industry. He later joined the boards of the ‘Academy of Magical Arts,’ ‘Hollywood Park,’ and ‘Western Airlines.’ He was also a keen motor enthusiast and owned a number of cars. 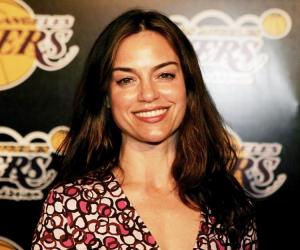 American Celebrities
British Celebrities
American Men
British Men
Tall Celebrities
Tall Male Celebrities
Childhood & Early Life
Cary Grant was born Archibald Alexander Leach on 18 January 1904, in Bristol, England, to Elsie Maria and Elias James Leach. He was told by his father that his mother had passed away, when in fact she was admitted in a mental institution. When he was just 10, his father abandoned him and remarried.
He studied at ‘Fairfield Grammar School’ from where he was expelled in 1918. He then joined the ‘Bob Pender Stage Troupe,’ a comedy group, where he performed as a stilt walker.
At the age of 16, he traveled with his troupe in the ‘RMS Olympic’ to the United States of America, as part of a two-year tour.
He decided to stay in the U.S. while his group returned to England. He then began to take baby steps into the world of Vaudeville. 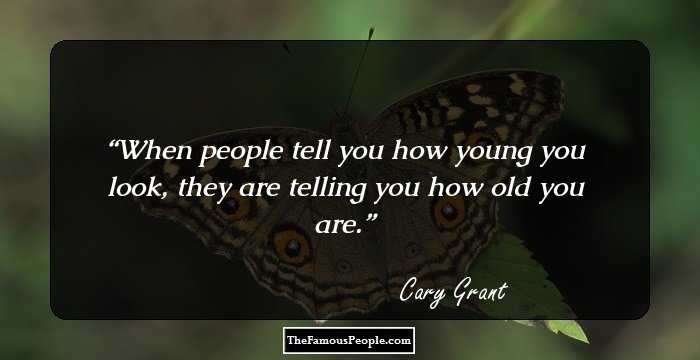 Quotes: You, Young
Continue Reading Below
Career
Archibald Alexander Leach continued to operate with his birth name and performed in many stage shows, such as ‘Irene,’ ‘Music in May,’ ‘Rio Rita,’ and ‘Wonderful Night.’ He became known for his comic-timing and gracefulness.
After performing in a number of Broadway shows, he decided to give Hollywood a shot in 1931. He signed a contract with ‘Paramount Pictures’ which advised him to officially change his name to Cary Grant.
He acted alongside Marlene Dietrich in ‘Blonde Venus’ in 1932. He was catapulted to fame with films like ‘She Done Him Wrong’ and ‘I’m No Angel,’ which were released in 1933. After a few unsuccessful movies with ‘Paramount Pictures,’ he signed a contract with ‘Columbia Pictures.’
In 1937, his first major comedy hit ‘Topper,’ distributed by MGM, was released. In the same year, he starred in ‘The Awful Truth,’ the film which played a crucial role in establishing him as one of the most prolific and gifted actors in Hollywood.
He appeared in a number of screwball comedies like ‘Holiday,’ ‘Bringing up Baby,’ and ‘The Philadelphia Society’ in the late-1930s. He also starred in ‘Penny Serenade’ and ‘Suspicion’ in 1941, which became huge box-office successes.
He worked closely with Alfred Hitchcock and starred in Hitchcock’s classics, such as ‘Notorious’ in 1946 and ‘North by Northwest’ in 1959.
In the mid-50s, he established his own production company called ‘Granart Productions’ and produced a number of films, such as ‘Indiscreet’ (1958) and ‘Father Goose’ (1964).
After his daughter Jennifer’s birth in 1966, he retired from acting in films in order to focus on raising her. 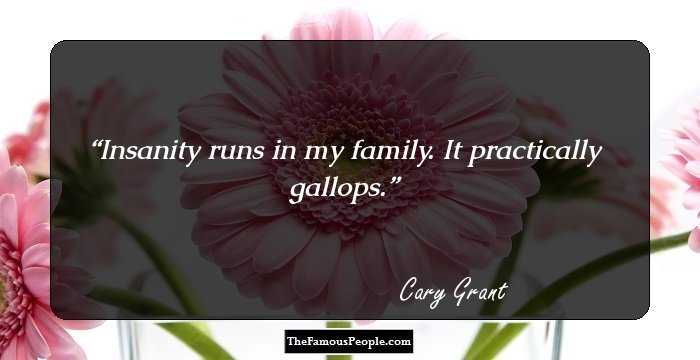 Quotes: Family
Continue Reading Below
Major Works
‘She Done Him Wrong,’ which won him critical acclaim, was well-received at the box-office. The film made $2.2 million at the box office and Grant earned great recognition after appearing in the film.
‘Penny Serenade,’ which released in 1941, earned him an ‘Academy Award’ nomination for ‘Best Actor’ for his brilliant performance. Distributed by ‘Columbia Pictures,’ a television adaptation and a half-hour radio play were also made on the movie.
‘None but the Lonely Heart,’ which released in 1944, earned him another ‘Academy Award’ nomination for ‘Best Actor in a Leading Role.’ This film, which ran at the theatres for over six weeks, became one of Grant’s most critically-acclaimed hits.
Awards & Achievements
Cary Grant was nominated for ‘Golden Globe Award’ for ‘Best Actor’ in 1959, 1960, 1961, 1963, and 1964.
He won a special ‘Academy Award for Lifetime Achievement’ in 1970 for his contribution to cinema.
He was awarded the ‘Kennedy Center Honors’ in 1981 for his services to the entertainment industry. 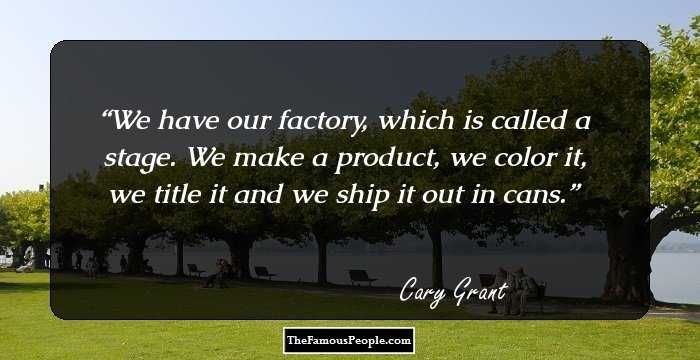 Personal Life & Legacy
Cary Grant married Virginia Cherrill on February 9, 1934. Cary and Virginia divorced on March 26, 1935.
In 1942, he got married to Barbara Hutton, one of the wealthiest women in the world. After their divorce, the two remained friends.
Continue Reading Below
On December 25, 1949, he married Betsy Drake with whom he appeared in two films. This marriage ended on August 14, 1962.
On July 22, 1965, he eloped with Dyan Cannon. They got divorced in 1968.
On April 11, 1981, he married Barbara Harris who was 47 years his junior.
He passed away on November 29, 1986, after suffering a massive stroke.
A statue of Grant was erected in Millennium Square. In 2005, he was included in the list of ‘The 50 Greatest Movie Stars of All Time’ by ‘Premiere’ magazine.
Trivia
This prominent Hollywood actor had a Sealyham Terrier named Archie Leach.
This actor always wore a gold chain around his neck with three charms attached to it.
This Hollywood star was a huge baseball fan and supported the ‘L.A. Dodgers.’
It is believed that this brilliant American actor was bisexual and was involved in relationships with a number of people, including Orry-Kelly and Scotty Bowers.

See the events in life of Cary Grant in Chronological Order