Caroline Boyer is the wife of renowned country music singer and songwriter, Luke Bryan; Luke is famous for his platinum certified albums ‘Tailgates & Tanlines’ and ‘Crash My Party’. While she likes to stay away from media attention, she has occasionally accompanied her husband to the red carpet of various events and award shows such as the ‘ACM Awards’ and ‘CMT Music Awards’. Luke Bryan’s 2009 song, ‘Sorority Girl’, described their budding relationship while in college. In 2015, Luke Bryan dedicated to her the song ‘To The Moon And Back’ from his album ‘Kill The Lights’. She made an appearance on the music video of her husband’s song, ‘Crash My Party’ in 2013. 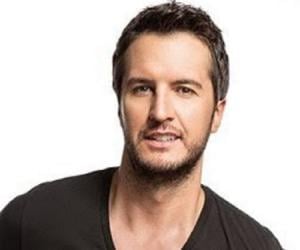 American People
Capricorn Women
Rise to Stardom
While Caroline Boyer is connected to the entertainment industry via her husband, she herself used to make stage presentations while she was in college. She also received praise from her teachers for her acting and music, but decided against a career in entertainment. An academic student, she instead completed her master’s level education from a recognized university. She gained public attention following her marriage to her longtime boyfriend Luke Bryan in December 2006. Thanks to her regular appearances at various media events to support her husband and the various stories doing the rounds of tabloids as to how they kept the romance strong in their steady marriage, she has remained a fan favorite over the years.
You May Like

Famous Beautiful Women With Green Eyes
Continue Reading Below
Personal Life
Caroline C. Boyer was born on December 31, 1979 in Georgia, USA to Waymond and Yvonne Boyer. Her father was a social specialist and her mother worked as an operator in an insurance agency. She has a brother named Bo Boyer. She attended Georgia Southern University in Statesboro, Georgia. She had planned to take economics as a major for higher education, but later dropped it. At college, she was a member of the ‘Alpha Delta Pi’ sorority.
Marriage to Luke Bryan
Caroline Boyer met Luke Bryan at a local bar called Dingus Magee’s in the fall of 1998 while they both were attending Georgia Southern University in Statesboro, Georgia. At the time, she was in her freshman year while he was a senior. It was love at first sight for Luke Bryan, who was instantaneously infatuated with Caroline’s blue eyes. He told in an interview that it took him eight seconds to decide that he is going to marry her. He had to drink a lot before he could muster the courage to go and talk to her, but managed to appear charming nevertheless. However, according to an interview she gave later, it was she who made the first move during the time they hung out as friends, as he always acted like a gentleman and was too scared to cross a line and offend her.
During the initial days, they had grown apart and were separated for about five years before reconnecting at a little bar in Statesboro where he was performing. She invited him to her family Christmas party, which he attended, and from there they became real close. They dated on-and-off for years and eventually got married on December 8, 2006. They together have two sons: Thomas Boyer Bryan ‘Bo’, born on March 18, 2008 and Tatum Christopher Bryan ‘Tate’, born on August 11, 2010. They often go with the kids on fishing, hunting or adventure outings, the pictures of which can be found on their social media feed.
Caroline, who is vegetarian, is passionate about cooking and loves to cook Italian dishes. She is conscious about health and fitness, and regularly exercises to stay healthy. She used to smoke and drink previously, but has quit both.
After Luke’s older sister Kelly and her husband passed away in tragic accidents in 2007 and 2014, they became the guardian to their three children, the youngest of whom, Tilden, now lives with them. In 2017, the infant daughter of her brother Bo Boyer and Ellen Boyer, Sadie Brett, who suffered from cardiac issues, passed away after a long medical battle.
Relationship Secrets
Caroline Boyer and Luke Bryan have time and again graced the pages of tabloids with secrets of their longstanding marriage. Despite his busy schedule, they manage to find time for a 30-minute ‘coffee date’ with each other every morning to have an intimate chat. He reportedly gives her a foot message every night before going to bed. She has an ‘L’, her husband’s first initial, tattooed on her ring finger. He, on the other hand, has her initials tattooed on a special place: on his bottom. This secret was accidentally revealed during a radio interview by Jason Aldean who had accompanied him on a tour when he got the tattoo.