Advanced Search
Carol Maraj is a Trinidad and Tobago-born singer. Despite accumulating some recognition in the industry, she is best known as the mother of rapper and pop singer Onika Tanya Maraj, who is popular by her stage name, Nicki Minaj. Originally from Saint James, Carol grew up in a family that was financially better off than the neighbours. She was educated at St Agnes Anglican Primary School and then at Tranquillity Government Secondary School. She had a turbulent childhood as her brother suffered from acute mental illness and was violence-prone. When she was 20 years old, she married Robert Maraj, a financial executive and part-time gospel singer. In the next few years, her children were born and she held several jobs, including as an accounting clerk and a foreign exchange teller. Robert was an alcoholic and drug addict and once tried to set their house on fire. She moved to New York in the 1980s and raised her children there. Maraj has been a gospel singer for much of her life. In 2019, she released her first pop single, ‘What Makes You’. Arlene Silver
DID WE MISS SOMEONE?
CLICK HERE AND TELL US
WE'LL MAKE SURE
THEY'RE HERE A.S.A.P
Quick Facts

Trinidadian People
Black Family Members
Capricorn Women
Childhood & Early Life
Carol Maraj was born on December 24, 1959, in Saint James, Trinidad and Tobago in an Afro-Trinidadian family. She has nine older and one younger siblings. They were the first family in the neighbourhood to live in a concrete house with access to running water and a TV. She attended St Agnes Anglican Primary School and later Tranquillity Government Secondary School. One day, when she was in school, her 18-year-old brother damaged all the louvres in the windows. Other acts of violent episodes and destroying properties followed. The symptoms he demonstrated of acute mental illness only worsened with time. The life at their home had become chaotic, forcing Maraj to experience a tumultuous upbringing.
Continue Reading Below
Marriage & Early Career
She was 20 years old when she tied the knot with Robert Maraj. Their son, Jelani, was born on November 27, 1978. He was followed by their daughter Maya. Onika was born on December 8, 1982. Carol gave birth to her youngest son, Micaiah, on March 29, 1998. She and Robert also have a daughter named Ming, who graduated from high school in 2017.
The family lived in a house on Bournes Road, Port of Spain. She was employed at the Ministry of Works, Long Circular, in St James and in Big Yard, Diego Martin, as a chequer handling payroll. She also served as an accounting clerk at the National Insurance Board (NIB) and as a foreign exchange teller at the National Commercial Bank (NCB).
Life In New York
Carol was 24 years old when she relocated to New York to attend Munroe College. She lived in the Bronx. Six months later, her husband came to live with her after she submitted a petition in his favour. She was hoping to keep her family together and required his financial support to bring up her children. They were still very young. Robert had been a violent man, especially when he became angry. He was an alcoholic and had developed addictions to several drugs. However, after coming to US, he made the promise that things would change for the better. He found a job at American Express. Her children were living with her mother at the time. They finally came to US in 1988.
Before the arrival of her children, Carol purchased a house with the help of her father in Queens on 147th Street, off Rockaway Boulevard. One winter night, in December 1987, driven by his anger, her husband attempted to murder her and torch the house. However, Carol was able to get away from him.
In the next few years, Carol and her children changed houses multiple times, but he was always able to find them. Although Robert was not violent towards his children, Minaj has admitted that she was afraid of what he would do to her mother. In later years, he got admitted into a rehabilitation centre and became sober. The family also started regularly attending church services. Carol and Robert are still together, but he does not do drugs any longer or inspire fear in other people.
A singer, songwriter, and playwright, Carol has authored several drama presentations for the church. She is part of the congregation of Life in its Poetic Form Ministries in Washington Avenue, in Brooklyn. She is currently writing a memoir. Carol is also a motivational speaker and has spoken about her own past ordeals at the Centre of Domestic Violence in Manhattan. She also wants to do something positive for the female victims of domestic abuse in Trinidad and Tobago.
Carol is an accomplished gospel singer and has released songs like ‘God’s Been Good’ (2014) and ‘I Am Free’ (2015). She put out her first pop single, ‘What Makes You’, in 2019.
Jelani's Child Rape Conviction
In late 2015, Carol’s son, Jelani, was arrested on the charges of raping an 11-year-old girl, his stepdaughter. In November 2017, he was convicted of all charges which carry a 25-year-to-life prison sentence. Carol spoke about the high-profile case in an interview, mentioning that the evidence had returned inconclusive and that the jurors had committed misconduct. 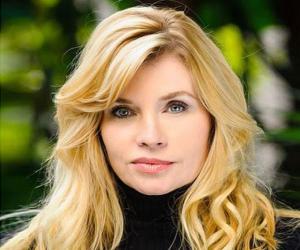