Mario Moreno, born Mario Fortino Alfonso Moreno-Reyes and professionally known as Cantinflas, was a Mexican comedy film actor, producer and screenwriter. He was born in an improvised family in the beginning of the twentieth century in Mexico City and started his acting career in a carpa. One night, he accidentally developed a routine that featured a combination of gibberish, mispronunciation, wild exaggeration and mime. Realizing its potential, he held on to it and became very popular. Although he entered films in the middle of 1930s he could not initially make much mark. Later he became popular with his portrayal of Cantinflas, an impoverished peasant of pelado origin, who wears his trousers held up with a rope, a rugged coat and a battered hat. It soon turned him into an iconic figure not only in Mexico, but also in other parts of Latin America. Later he became world famous for his portrayal of the role of Passepartout in the epic Hollywood film, ‘Around the World in 80 Days’. Although he was often referred as the ‘Charlie Chaplin of Mexico’ Chaplin himself had once referred to him as the best comedian of that time. Mexican Celebrities
Mexican Men
Leo Actors
Mexican Actors
Male Comedians
Childhood & Early Life
Mario Fortino Alfonso Moreno-Reyes was born 12 August, 1911 in Santa María la Ribera neighborhood of Mexico City. His father, Pedro Moreno Esquivel, was an impoverished postal carrier. His mother was María de la Soledad Reyes Guízar. He was born fourth of his parents’ eight surviving children.
In spite of the lack of resources, Mario’s parents enrolled him into a good school. However, he was more interested in watching the street plays and as he became old enough, he tried to imitate the actors.
When he turned fifteen, his parents sent him to a government agricultural school; but within nine months he ran away from there to Jalapa on the Pacific shore. Here he joined a carpa; a Mexican tent show and began his career as an actor.
However, he knew that his parents would never approve of it and so he started looking for a stage name. It is believed that one night he heard a drunken heckler shout "En la cantina, tuinflas" (In a bar, you drink). The line amused him so much that he took up Cantinflas as his stage name.
Initially Moreno was a jack-of-all-trades. During the early period, he was a dancer in the tent show, a torero bufo or a comic matador in the bull ring and a ham in the boxing ring.
Then one night, he was asked to fill in for the master of the show of the carpa. So far, his acts did not involve any kind of dialogue; but this time he had to speak. Once he entered the stage, he became so nervous that he forgot everything.
However, he knew that he had to go on and so he kept on talking rapidly, albeit nervously, saying the first thing that came to his mind. The audience took it to be his routine and started laughing; and the more they laughed the more he kept dishing up such nonsense talks.
Realizing the potential of his act, he now began working on a routine. They featured a combination of gibberish, double-talk, mispronunciation, wild exaggeration and pantomime.
Continue Reading Below
You May Like

See the events in life of Cantinflas in Chronological Order 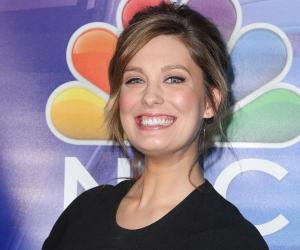