Advanced Search
Adan Canto is a Mexican actor who has worked in both the Mexican and the American entertainment industries. He, however, began his career as a musician and performed at various events. He made his acting debut with Mexican films and TV series. Adan subsequently landed roles in Hollywood productions, too. Some of his notable performances have been in 'X-Men: Days of Future Past,' the 'Fox' drama series 'The Following,' the short-lived 'ABC' soap opera 'Blood & Oil,' and the political drama 'Designated Survivor.' Growing up in Mexico and then traveling to culturally varied places later helped Adan develop and understand characters with various shades. He has essayed a wide range of roles on screen, such as a real-life personality, a superhero, a single parent, and various gay characters. Adan is married to actor Stephanie Lindquist. Cepillin
DID WE MISS SOMEONE?
CLICK HERE AND TELL US
WE'LL MAKE SURE
THEY'RE HERE A.S.A.P
Quick Facts

Mexican People
Tall Celebrities
Tall Male Celebrities
Mexican Actors
Sagittarius Actors
Childhood & Early Life
Adan was born on December 5, 1981, in Ciudad Acuña, a city located in the Mexican state of Coahuila. He has lived in Texas for about 10 years and has completed a part of his schooling there. He then attended a school in Mexico for about 2 years. In Mexico City, he worked as a musician. This eventually led him to build a career in acting.
Adan moved to San Antonio, a major city in south-central Texas, and continued working as a musician. He also performed at various events, weddings, festivals, and gatherings. Back then, he traveled a lot to meet his professional commitments as a musician and lived out of the trunk of his car.
While living in Texas, apart from singing and playing the guitar, Adan also wrote songs for a couple of producers he was working with there.
Adan then moved to Los Angeles and lived there for about 3 years. He returned to Mexico City for and stayed there for 5 years. The reason he came back to Mexico was a project that proved to be a great opportunity for Adan to showcase his talent.
Toward the end of his stay in Mexico, Adan got the opportunity to work with a band and mostly performed jazz.
Around that time, he wrote songs for a few independent films and TV shows. He later did theater, too. However, he never considered venturing into TV, as he always had a passion for films and theater.
Continue Reading Below
Career
Adan made his acting debut in 2009, with the Mexican film 'Sin memoria,' in which he was seen as ‘Coco.’ He simultaneously appeared in a brief role in an episode of the Mexican drama 'Estado de Gracia.'
Subsequently, Adan worked in a few more Mexican films and short movies, such as 'Te presento a Laura' (2010), 'Santiago del otro lado' (2011), 'Amar no es querer' (2011), 'Al Ras' (2012), and 'Casi treinta' (2012).
Adan's final appearance in a Mexican series was in an episode of the series 'Los Minondo.' He made his debut on American TV in 2013, as one of the main characters in the maiden season of the 'Fox' drama 'The Following.' His character, ‘Paul Torres,’ first appeared as ‘Billy Thomas,’ faking a homosexual relationship with ‘Jacob Wells’ (played by Nico Tortorella) but eventually developing genuine feelings for him. The two actors even shared a passionate on-screen kiss.
Following this, Adan got his second main role on TV, as ‘Dominic Veracruz’ in 13 episodes of the 'ABC' sitcom 'Mixology.' His portrayed a dark and mysterious bartender with a liking for superficial relationships. In the next 2 years, he was pitched in for two pilots, as ‘Matt Sanchez’ in 'Hysteria' and as ‘Salvador’ in 'The Curse of the Fuentes Women.’
Around the time, in 2014, Adan also stepped into the world of American cinema, with the 'Marvel' superhero character ‘Sunspot’ (‘Roberto "Bobby" da Costa’) in 'X-Men: Days of Future Past.' He also appeared in the short movie 'Before Tomorrow.'
Since 2015, Adan has been more active on TV. He portrayed the real-life character Rodrigo Lara Bonilla, former Colombian minister of justice, in an episode of the 'Netflix' crime drama 'Narcos.' On July 6, 2015, Adan was declared a replacement for Yani Gellman for the regular character ‘Ahmed "A.J." Menendez’ in the 'ABC' primetime soap opera 'Blood & Oil.' Unfortunately, the series was canceled after one season.
Adan was cast as ‘Connor Graff’ in five episodes of the 'Fox' science-fiction crime drama 'Second Chance.' He then guest-starred as ‘Jeffery Bloom’ in an episode of the 'ABC' comedy–drama 'The Catch.'
From 2016 to 2019, Adan played the character ‘Aaron Shore,’ the vice president of the US, in the 'ABC' political drama 'Designated Survivor.' The third season of the show was later reintroduced by 'Netflix.' It premiered on June 7, 2019.
In March 2019, Adan was announced as part of the cast of the 'ABC' drama pilot 'The Hypnotist's Love Story,' based on Liane Moriarty’s novel of the same name. His character, ‘Patrick,’ displayed several layers. He was showcased as a devoted single father with both romantic and charismatic sides to his persona.
He has written, produced, and directed the shorts ‘Before Tomorrow’ and ‘The Shot.’ The latter is in its post-production stage.
Adan is represented by 'United Talent Agency,' 'Management 360,' and 'Miloknay/Weiner.'
Family & Personal Life
Adan and his 'Before Tomorrow' co-star Stephanie Lindquist got married in June 2017, in Clear Lake, California. The two had met on the sets of 'Before Tomorrow' in 2014.
Growing up, Adan had never thought of becoming an actor. He was inclined more toward music and even decided to make a career as a musician.
He receives his creative inspiration from legends such as Frank Sinatra, Mel Torme, Bing Crosby, and Dean Martin.

See the events in life of Adan Canto in Chronological Order 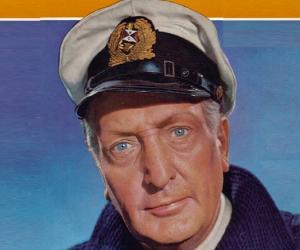