Advanced Search
Aaron Davis aka Bugzy Malone is an English rapper, who is the first artist of the grime genre to taste commercial success in Manchester. He has released three Eps and all of them have made it to the top 10 of the UK Albums Chart. He was born in Crumpsall, Manchester, in a poverty-stricken household, many members of which were criminals. Bugzy himself began engaging in criminal activities at the tender age 11 and eventually landed in prison. After being released from prison at 17, he took up boxing in an attempt to distract himself from the criminal lifestyle and find a different career. He started rapping with his buddies when they assembled or commit crimes. He got the nickname "Bugz" from his gang members, and it was later changed to "Bugzy Malone" when he was in prison. Along with boxing, he also began to take music seriously following his release from jail and eventually released his debut mixtape ‘SwaggaMan’ in 2010. Since then, his determination, talent and hard work have made him one of the most renowned grime rappers in the UK at the moment. Stefflon Don
DID WE MISS SOMEONE?
CLICK HERE AND TELL US
WE'LL MAKE SURE
THEY'RE HERE A.S.A.P
Quick Facts

British People
Black Rappers
British Men
Tall Celebrities
Tall Male Celebrities
Childhood & Early Life
Bugzy Malone was born as Aaron Davis on 20 December 1990 in Manchester, England. He grew up in a poverty-stricken family of criminals. After his parents’ divorce, he started seeing his stepfather as a role-model.
Bugzy started engaging in criminal activities at the age of 11 and was expelled from secondary school when he was 14 years old. He continued his criminal career until he was sent to HMP Stoke Heath at 16
After being released from prison, he took up boxing as a hobby. At the age of 20, he moved close to Heaton Park.
Continue Reading Below
Career
Bugzy Malone released his debut mixtape ‘SwaggaMan’ in 2010. He started doing freestyles for the YouTube channels ‘KODH TV’ and ‘Grime Daily’.
He came up with his second mixtape ‘Why So Serious’ in 2011. The lead single from the album "Hip Hop Heavy Metal" was released in September that year. The music video has garnered more than 1.5 million views on YouTube as of May 2019.
Bugzy released two more mixtapes, namely ‘Lost in Meanwhile City’ (2012) and ‘Journal of an Evil Genius’ (2015). The former featured RIO, Janiece Myers, Wrigz, Shoa and Diane, while the latter had Wrigz and Shoa. As the name suggests, ‘Journal of an Evil Genius’ (2015) comprised of songs written in a journal like style.
On 7 September 2014, the rapper released 'Spitfire' freestyle on a YouTube channel called ‘JDZmedia,’ which earned him popularity outside Manchester.
On 13 June 2015, his first official track "Watch Your Mouth" was released. The song became immensely popular and was played across popular TV networks, including Bang Radio, Kiss 100, Capital Xtra, Unity Radio, Radio 1, BBC Xtra, Asian Network, Westside FM, Flava TV, MTV Base, Channel AKA and Kiss TV.
In 2015, Bugzy and fellow grime artist Chip started a rap feud. They released a string of songs in response to each other. However, they ended their dispute at the fellow rapper Giggs's birthday party in December 2017. The duo also posted a picture together on social media.
In May 2017, Bugzy released his first charting single "Through The Night”, featuring DJ Luck and MC Neat. The single peaked at #92 and become his first charting song on the UK singles chart.
He featured in the music video "Don't Stop" (2017) with the electronic duo, Chase & Status. In the following year, he was seen in the non-album remix "Ghost" as a featured artist alongside Dizzee Rascal.
Major Works
On 24 July 2015, Bugzy Malone released his first EP titled ‘Walk with Me’, which debuted at the eighth position on the UK Albums Chart. This was followed by another charting EP ‘Facing Time’, which released on 16 June 2016 and hit the number six position on the same chart.
He released his third EP called ‘King of the North’ in July 2017. It included three singles, namely "Memory Lane", "Through the Night" and "Bruce Wayne", charting at 74, 92 and 99 respectively. The EP itself peaked at the number four position on the UK Albums Charts.
Family & Personal Life
Bugzy Malone has many siblings. In addition to making music, he sells online merchandise that includes hoodies, joggers, vests, sweaters, hats and backpacks.

See the events in life of Bugzy Malone in Chronological Order 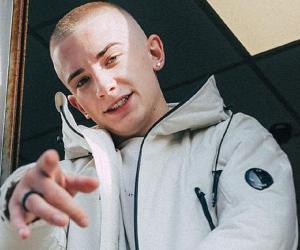