Advanced Search
Brielle Biermann is an American socialite, reality television star and social media personality who is best known for her appearance on the Bravo TV reality television series 'Real Housewives of Atlanta' (RHOA) and 'Don't Be Tardy'. The daughter of television personality and singer Kim Zolciak-Biermann, she appeared on 'RHOA' with her mother at the age of 10 and later became the breakout star of the spin-off series featuring her family. As a teenager, she had aspirations of becoming a model and had walked on the ramp at 16 at the New York Fashion Week. She briefly dreamed of a career in broadcasting and, thanks to her mother's connections, met her idol, 'E! News' host Giuliana Rancic, and also interviewed R&B singer Monica. Beth Chapman
DID WE MISS SOMEONE?
CLICK HERE AND TELL US
WE'LL MAKE SURE
THEY'RE HERE A.S.A.P
Quick Facts

American People
Italian People
Italian Women
Female Reality TV Stars
Italian Reality TV Personalities
Women Film & Theater Personalities
Rise to Stardom
Brielle Biermann was just 10 years old when she first appeared on her mother's reality television show, 'Real Housewives of Atlanta', in October 2008. While she was a side character in the series, after her family got the spin-off series 'Don't Be Tardy' in 2012, she got even more public exposure during her teenage days. Talking to '11Alive', in February 2019, she said that she doesn't remember what life was before she appeared on television, and that her life would be boring without the constant attention. In 2013, at just 16, she made her runway debut in the Tumbler and Tipsy for Michael Kuluva show during the New York Fashion Week. She later earned fame on social media and has 1.3 million followers on Instagram.
Recommended Lists:

American Reality TV Personalities
Italian Film & Theater Personalities
American Film & Theater Personalities
American Female Reality TV Personalities
Continue Reading Below
Family & Personal Life
Brielle Biermann was born as Brielle Karenna Zolciak on February 25, 1997 in Atlanta, Georgia, United States. Her mother, Kim Zolciak-Biermann, was only 18 years old when Brielle was born. Her mother was in a relationship with a man named Daniel Toce and later was married to him from 2001 to 2003, during which time she welcomed her second daughter Ariana Lenee with him. While it was initially thought that Toce was the father of Brielle as well, talking to 'TMZ' during a feud with her mother in 2013, her grandfather Joe Zolciak had mentioned that Kim "has been married twice and has three different fathers of her four children". Later in May 2018, 'Real Housewives of Atlanta' cast-member NeNe Leakes threatened to reveal the identity of Brielle's father following a Twitter feud.
Kim Zolciak married Atlanta Falcons football player Kroy Biermann on November 11, 2011. Kroy adopted Brielle and Ariana in July 2013, following which they took his surname. Brielle is very fond of her step-father and often praises him on social media. She has four step-siblings from her mother's second marriage: Kroy Jagger, Kash Kade, and twins Kaia Rose and Kane Ren.
Brielle was bullied in school due to her mother's public life. She obtained her high school diploma in 2015.
Recommended Lists:

Italian Women Film & Theater Personalities
American Female Film & Theater Personalities
Pisces Women
Controversies & Scandals
Brielle Biermann has often been criticized for her lifestyle, be it for her physical features, low educational aspirations or her lack of a proper job. Growing up on television, as she matured, many assumed that she went under the knife to modify her face and body. She has always vehemently denied plastic surgery, but has been open about having her lips plumped. Defending criticism about her duck lips, she had famously said that she won't change them again to look good to others. While she herself revealed that she only knows her ABCs backwards and doesn't care to correct it, her mother had defended her never having a 9-to-5 job saying that she doesn't need one as she "was making six figures on social media".
Relationships
While in high school, Brielle Biermann was in a relationship with fellow student Slade Osborne, whom she often referred to as her best friend. They broke off in 2015, following which she began dating Chicago White Sox pitcher, Michael Kopech, and their relationship was depicted on the series 'Don't Be Tardy'. They were not only inseparable on camera, but even considered moving in together. Nevertheless, she had a painful separation from him in March 2018, which was also portrayed on screen. She told 'TooFab' in February 2019 that Kopech wanted a break and also wanted her to wait for him, which forced her to make the hard decision of separating. She subsequently re-kindled her romance with her ex Osborne and often gushed over her 'best friend'. However, they again split up, following which she told 'E! News' that Osborne wasn't the man she thought he was. In late July 2019, she attended the wedding of Tana Mongeau and Jake Paul with a mystery man who was later identified as UCLA pitcher Justin Hooper. On August 7, 2019 they were spotted having a romantic dinner in Scottsdale, Arizona. 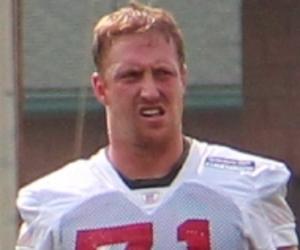 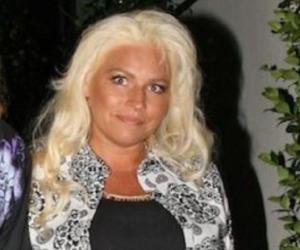 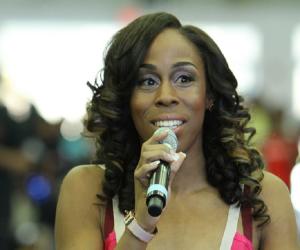 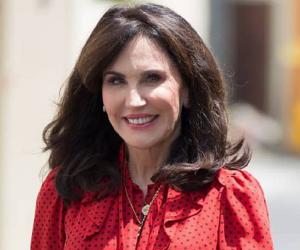