Brian Hallisay is an American actor best known for his roles as Will Davis in The CW drama series 'Privileged', Kyle Parks in the Lifetime drama series 'The Client List', and Ben Hunter in the ABC series 'Revenge'. He is married to American actress, singer-songwriter, producer and director Jennifer Love Hewitt, who was his co-star on 'The Client List'. The two currently appear on Fox's procedural drama series '9-1-1'. Formerly an investment banker, he switched to acting in 2005, and since then has appeared on several television shows including 'Without a Trace', 'CSI: NY', 'Bones', 'Bionic Woman', 'Medium, 'Eastwick', 'Ringer', 'Mistresses' and 'NCIS'. His few film credits include the Direct-to-DVD features 'Bottoms Up' and 'Hostel III', and the movies 'Jessabelle' and 'American Sniper'. 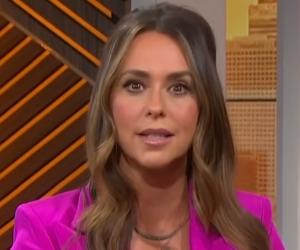 Miles Teller
Actors #1471
Film & Theater Personalities #3219
Continue Reading Below
DID WE MISS SOMEONE?
CLICK HERE AND TELL US
WE'LL MAKE SURE
THEY'RE HERE A.S.A.P
Quick Facts

American People
Cornell University
Tall Celebrities
Tall Male Celebrities
Scorpio Actors
Career
After completing his education, Brian Hallisay began working as an investment banker on the Wall Street. While he was having a good time with his work, about five years later, he finally decided to realize his longtime dream and try his luck in acting. He moved to Los Angeles, California, in 2005 and made his television debut on Fox's 'The Inside', followed by another appearance on Lifetime's 'Strong Medicine' the same year. In 2006, he had couple more guest appearances on the CBS police procedural dramas 'Without a Trace' and 'Cold Case', and made his feature film debut opposite Paris Hilton as her uptight actor boyfriend in the Direct-to-DVD romantic comedy 'Bottoms Up'.
In 2007, he was seen on 'CSI: NY', 'Bones' and 'Bionic Woman'. Following another guest appearance on 'Medium', he got his breakthrough role of Will Davis on The CW drama series 'Privileged'. He was liked in the main role of a charming and wealthy Palm Beach bachelor and the potential love interest of the lead character played by Joanna García. However, the series was cancelled following one season, and he again went back to guest roles on series such as 'Eastwick' (2009), 'Rizzoli & Isles' (2011), and 'Ringer' (2012). He portrayed the lead character Scott in the third installment of the slasher film 'Hostel' (2011).
In 2012, he bagged the recurring role of Kyle Parks in the Lifetime drama series 'The Client List', appearing as the ex-husband of his future wife Jennifer Love Hewitt. Following a whirlwind romance, both of them returned to the second season of the series in 2013, he as one of the main casts this time.
You May Like

American Actors
Actors Who Are In Their 40s
American Film & Theater Personalities
Scorpio Men
Continue Reading Below
Later Career
In November 2013, Brian Hallisay became a husband and a father, and 'The Client List' was cancelled after two seasons. He subsequently made an appearance on 'Body of Proof' (2013) before getting a guest role on the mystery drama series 'Mistresses'. In 2014, he was cast in the recurring role of Ben Hunter on the fourth season of the drama series 'Revenge', and was promoted to the main cast after episode seven. The series ended after season four, and following that, he had guest roles on series such as 'Major Crimes', 'Code Black', and 'NCIS'. In 2018, he joined the cast of Fox’s hit show '9-1-1' in which his wife Jennifer Love Hewitt is one of the main casts. He currently portrays the role of Doug Kendall alias Jason Bailey, the abusive husband of Maddie Buckley, played by Hewitt. On the big screen, he had supporting roles in the 2014 films 'Jessabelle' and 'American Sniper'.
Family & Personal Life
Brian Hallisay was born on October 31, 1978 in Washington, D.C., United States. He completed his school graduation from Gonzaga College High School in 1996. He played basketball in school. While he wanted to be an actor since he was a child, he was also interested in history and economics, which he decided to pursue in college. He attended the Ivy League college, Cornell University, from where he graduated in both subjects in 2000.
Brian Hallisay met Jennifer Love Hewitt on the sets of the television series 'The Client List', in which he played the ex-husband of Hewitt's character. In real life, the two began dating in March 2012. In June 2013, news spread that the couple were engaged and were expecting their first child together. They finally got married in a low-key wedding ceremony on November 21, 2013, and welcomed their daughter, Autumn James Hallisay, five days later on November 26, 2013. Their second child, son Atticus James Hallisay, was born on June 24, 2015, in Los Angeles. Hewitt told 'People' in an interview that her husband is a "very hands-on dad". She often praises him on social media for being the best husband and the best father. She herself returned to acting after a short break following the birth of their first child, but after the birth of their son, she decided to spend more time with her children instead of returning to acting immediately.
You May Like