Breaux Greer is an Olympian athlete and a retired American National Champion javelin thrower. He is the record holder for javelin throw, with a throw record of 91.29m (299.5 ft), which he achieved on June 21, 2007, during the ‘USA Outdoor Track & Field Championships’ at Indianapolis. Born in Houston, Texas, he grew up in Monroe, Louisiana. He was drafted as professional baseball pitcher after high school, but he decided to take up track and field athletics. He joined the ‘University of Louisiana,’ and participated in the NCAA Championships, the ‘USA Outdoor Track and Field Championships’ and the ‘World Outdoor Championships.’ He represented the USA in the 2000, 2004 and 2008 Olympic Games. His accomplishments include – 3rd place at the 1996 Olympic Trials, 2nd place / silver medal at the ‘2001 Goodwill Games,’ 4th place at the ‘2001 World Outdoor Championships,’ Bronze medal at the ‘2003 Pan Am Games,’ 1st place at the ‘2004 World Athletics Final,’ eight-time [2000-2007] US Champion, and American record holder; and bronze medal at ‘2007 World Outdoor Championships.’ After his retirement from the athletics, he made his acting debut in the series, ‘American Gladiators.’ Greer is married to actress Katy Mixon, and the couple has a son and a daughter. 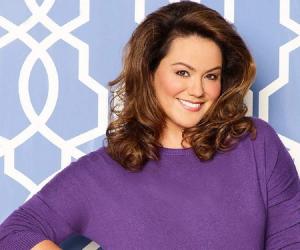 American People
Film & Theater Personalities
American Men
Tall Celebrities
Tall Male Celebrities
Childhood & Early Life
Greer was born Edward Breaux Greer on October 19, 1976, in Houston, Texas. Later his parents moved to Monroe, Louisiana, where he spent most of his growing years. He studied at the ‘Ouachita Parish,’ Monroe, Louisiana and graduated from high school in 1994.
Greer joined the ‘University of Louisiana’ at Monroe, and graduated in 1999. After his high school, he was drafted as a professional baseball pitcher, but he chose to compete as a track athlete.
Continue Reading Below
You May Like

The Hottest Male Celebrities With The Best Abs
Career
While at the university, Greer began competing in the ‘NCAA [National Collegiate Athletic Association] Championships’ in 1995. In 1996, he earned the 3rd place at the Olympic Trials, but did not reach the Olympic qualifying mark. With a record of 79.98m/262-5, T&FN ranked him 4th in the US.
In 1997, Greer secured 2nd place at the ‘NCAA Championships’ and 3rd place at the ‘USA Championships.’ He also competed at the ‘World University Games.’ During the 1998-1999 season, he suffered a torn ulnar collateral ligament. In 1999, he again competed at the ‘World University Games’ and achieved best record of 241-4.
After fulfilling the Olympic Trials, Greer participated in the ‘2000 Sydney Olympics’ and secured 12th place with the record of 79.92m/262-2. He and pole vaulter John Pennel are the only two northeast Louisiana stars to compete in Olympics track and field. For straight eight years, from 2000 to 2007, he was US Champion #1.
Greer achieved several records during 2001 – he won a silver medal at the ‘2001 Goodwill Games,’ and secured a 4th place at the ‘World Outdoor Championship.’ He set a championship record at the ‘USA Outdoor Championships’ and on 9 instances he set a new personal record. T&FN ranked him #1 in the US and #7 in the world. Greer won a bronze medal at the ‘2003 Pan Am Games’ and maintained his #1 in the US.
In 2004, Greer posted the best mark in the Olympic qualifying rounds with a record of 87.25m/286-3 on his first throw. While breaking the American record at Bergen [with a throw of 87.39m/286-9], he had torn an ACL ligament in his knee on June 11, 2004. He was advised to have an immediate surgery, but he didn’t as he hoped to compete in the Olympic Games. However, during the 2004 Olympics, his leg crumpled beneath him, and his first throw went 74.36m/243-11. With the knee problem, his next two throws were foul and he received 12th place. The Olympic champion of that year [Norway’s Andreas Thorkildsen] recorded a throw of 283-9, which was two and half feet shorter than Greer’s qualifying round throw.
On September 19, 2004, at the ‘World Athletics Final,’ Monaco, Greer recorded 87.68m/287-8, which was 2004’s second best throw in the world. During that season, he recorded three of the top five throws in the world. His injury issues continued in 2005, and he couldn’t participate in the ‘2005 World Outdoor Championships’ in Helsinki, Finland.
Greer won bronze medal in ‘2007 World Outdoor Championship,’ at Osaka, Japan. He broke the American record twice. On June 21, 2007, during the ‘USA Outdoor Track and Field Championships’ at Indianapolis, his throw of (3)91.29m/299-6 won him his eighth USA championship, and also an American record which is not yet broken. Also, this remained the best throw record in the world for eight years, till it was bettered by Julius Yego in 2015. It was also 2007’s farthest throw in the world. [Since Tom Petranoff in 1983, Greer was the first American to end the season with a world leading mark in javelin throw]. The same year, he was also 1st at the ‘Adidas Track Classic.’
In December 2007, Greer had a rotator cuff surgery. At the 2008 Olympics Trials in Eugene, Oregon, he reached 17th place. After the trials he was added to the Team USA roster for the ‘2008 Beijing Olympics.’ [As per USATF rules, Track & Field chair can select an injured athlete who has reached Olympic ‘A’ standard as long as another athlete is not displaced from the team]. However, even 9 months after the surgery, he was not fully recovered. So he was unable to qualify for the final ‘Olympic Games 2008.’
After the 2008 Olympics, Greer retired from professional javelin throw event. In 2009, he made his acting debut in the role of ‘Hurricane’ in the second season of series ‘American Gladiators.’ He also has his own clothes line.
Family & Personal Life
Greer and the ‘American Housewife’ actor Katy Mixon dated for four years and got engaged in October, 2016. Their first child, son Kingston Saint Greer, was born on May 19, 2017, and daughter, Elektra Saint Greer, was born on May 16, 2018. After the birth of their two children, the couple got married in a private ceremony. Presently the family resides at Scottsdale, Arizona.

See the events in life of Breaux Greer in Chronological Order