Ryan Steven Lochte is an accomplished American competitive swimmer who has won 12 medals (six gold, three silver, and three bronze medals) at the ‘Olympic Games’ so far, thus earning the second rank in the sports, behind Michael Phelps. This gifted swimmer specializes in individual medley and backstroke and has, over the years, won 90 medals, participating in various competitions, such as the ‘Olympics,’ the ‘Pan Pacific Swimming Championships,’ the ‘Pan American Games,’ and the ‘FINA World Championships,’ of which 54 are gold, 22 are silver, and 14 are bronze. He currently holds two individual world records: one in the 400-meter individual medley (short course) and another in the 200-meter individual medley (long and short course). He also holds a collective world record in the 4x100-meter freestyle (mixed) relay and the 4×200-meter freestyle (long course) as part of national teams of the US. He has earned the honor of the ‘FINA Swimmer of the Year’ thrice and has received the ‘World Swimmer of the Year Award,’ too. He was dragged into controversy in the ‘Lochtegate’ scandal during the 2016 ‘Summer Olympics’ and again, in July 2018, when he was suspended from competitions for 14 months by the ‘US Anti-Doping Agency,’ for receiving a “prohibited intravenous infusion.”
Continue Reading Below American People
University Of Florida
Tall Celebrities
Tall Male Celebrities
Male Swimmers
Childhood & Early Life
He was born on August 3, 1984, in Rochester, New York, to Steven R Lochte and Ileana "Ike" (née Aramburu). His four siblings include elder sisters Megan and Kristin and younger brothers Brandon and Devon.
He spent his early childhood in Bristol, New York, and studied at the ‘Bloomfield Central School.’ He started taking swimming lessons from his parents, both swim coaches, when he was 5 years old. When he was 12, his family relocated to Gainseville, Florida, so that his father could take up a coaching job in swimming.
Although he was casual about swimming in the early years and was more interested in basketball and skateboarding instead, he became serious about swimming while in junior high school. At 14, he lost in the ‘Junior Olympics,’ and this made him change his perspective and train hard.
Continue Reading Below
You May Like

See the events in life of Ryan Lochte in Chronological Order 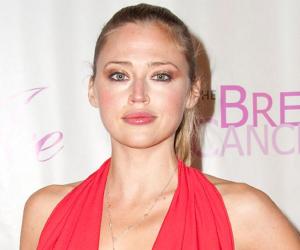