Bogolo Joy Kenewendo is a Motswana economist and politician who was appointed as the new Cabinet Minister of Investment, Trade and Industry in the Cabinet of Botswana on April 4, 2018 by the incoming president, Mokgweetsi Masisi. At the age of 30, she became the youngest minister ever in Botswana's cabinet. At the time of her appointment, she was serving as a Specially Elected Member of Parliament—the position in which she was appointed by former president Ian Khama in October 2016. She has been serving as a trade economist in the Ghanaian Ministry of Trade and Industry since October 2015. For over six years since her college graduation in 2009, she worked as an economist and consultant for the Gaborone-based think tank Econsult Botswana (Pty) Ltd. She was one of the first Botswana Youth Representatives to the United Nations General Assembly. In 2011, she met the US first lady, Michelle Obama, who hosted the Young African Women Leaders’ forum and was inspired to found the Women Leadership and Mentorship Program, Molaya Kgosi, along with a friend. 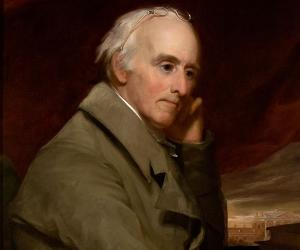 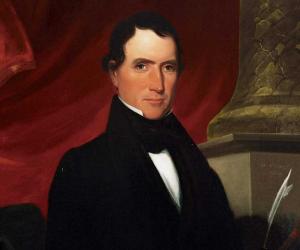 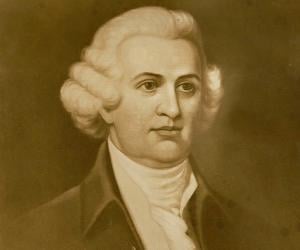 Black Economists
Political Leaders
Black Political Leaders
Black Intellectuals & Academics
Childhood & Early Life
Bogolo Joy Kenewendo was born in Motopi Village in the Boteti Area, in Botswana in around 1987. After completing her initial studies from local schools, she enrolled into University of Botswana in 2005 to obtain her bachelor's degree in Economics. From there, she was sent to Pitzer College in Claremont, California, US, as an exchange student for about a year during 2007-08. She completed her Economics degree from University of Botswana in 2009. In 2011, she studied at Xpert Academy to prepare from PRINCE2 Practitioner exam in Project Management and earned her certification the same year. The following year, she won a Chevening Scholarship to the University of Sussex in UK from where she completed her Master of Science degree in International Economics in 2013, specializing in trade and economics.
You May Like

Women Leaders
Women Economists
Women Political Leaders
Botswanan Female Leaders
Continue Reading Below
Career
After completing her college studies, Bogolo Joy Kenewendo joined Imani Development as a Research Assistant in September 2009 and for the next four months assisted in the study 'The impact of the Financial crisis on Southern African Development Community countries; Botswana'. Her responsibility there was to conduct desk research, key informant interviews and data analysis for the study, as well as prepare for stakeholder workshop for the presentation of its findings. For eight months since May 2010, she served as an Expert on Industrial Policy Research and Analysis at UNIDO where she assisted in drafting the 2011 Industrial Development Policy for Botswana. In December 2010, she worked with Health and Development Africa as a Research Assistant to conduct field work on HIV/AIDS impact assessment on the Public service in Botswana. This assignment required her to work in her native Setswana language, as well as English, while collecting data from different regions of Botswana and conduct key informant interviews in government ministries. In April 2012, she joined 'The WeekendPost Botswana' as a Columnist to write a bi-weekly column on current and pressing economic issues. After working in that position for over a year, she became an Economist cum Consultant for the private sector company Econsult Botswana (Pty) Ltd.
In October 2015, she earned an Overseas Development Institute (ODI) Fellowship which took her to Ghana to serve as a Trade Economist in the Ghanaian Ministry of Trade and Industry. In that position, she not only helped in bilateral trade agreements and WTO issues, but also contributed to Ghana’s membership of ECOWAS and proposed the interim Economic Partnership Agreement (EPA).
Recommended Lists:

Women Intellectuals & Academics
Rise to Stardom
For her contributions to economics and politics, Bogolo Joy Kenewendo was named one of the recipients of the 'Ten Outstanding Young Persons' award by JCI Botswana in 2012. As she rose up the ranks and became a member of Botswana's parliament in 2016, she was honored with the 'Botswana Change Makers Award' in business and leadership and the 'Formidable Woman' award that year. However, her achievements were still underexposed in the international media, which changed overnight following her appointment as the Investment, Trade and Industry Minister on April 4, 2018. As the youngest minister in Botswana's history, she instantaneously became an internet sensation, with young Africans celebrating her appointment by expressing their surprise and joy on social media. News outlets all over the world were also quick to provide in-depth coverage of her extensive portfolio, which justified her new appointment to people cautious about a young woman taking over such an important position.
Personal Life
Bogolo Joy Kenewendo credits her mother as one of her biggest inspirations for her resilience and for being always open to new opportunities despite suffering several strokes and losing a child in front of her eyes. Bogolo likes to meditate, travel and read in her spare time.