A chess prodigy, Bobby Fischer went on to become the greatest chess player of all time, bagging the World Championship title along with several others. What made Fischer a stark superior from his fellow contestants and arch rivals was his immaculate playing skills. His innovative combination of moves made him a star in his own right. At the age of 13, he bagged his first world title by becoming the winner of the US Junior Championship. He went on to become the youngest grandmaster and the youngest ever candidate for the World Championship. In July 1971, he became the first official World Chess Federation (FIDE) number-one-ranked player. He remained at number one position for a total of 54 months. Going on a self-proclaimed exile, he returned to playing chess against Boris Spassky for an unofficial match in 1992. Though he won the same, he spent the rest on his life in exile evading an arrest warrant by the US. Towards the end of his career, he patented a modified chess timing system - Fischer clock and a new variant of chess called Fischerandom (Chess960). Phiona Mutesi
Chess Players #1
Sportspersons #87
DID WE MISS SOMEONE?
CLICK HERE AND TELL US
WE'LL MAKE SURE
THEY'RE HERE A.S.A.P
Quick Facts

American Celebrities
Icelander Celebrities
American Men
Icelandic Men
Male Sportspersons
American Sportspersons
Childhood & Early Life
Bobby Fischer was born as Robert James Bobby Fischer to Hans-Gerhardt Fischer and Regina Wender Fischer. While his father was a biophysicist, his mother worked as a teacher, registered nurse, and a physician. He had an elder sister Joan Fischer.
With the spread of anti-semitism and a tense political scenario, his parents had to separate. As such, Young Fischer was raised single-handedly by his mother, who took up various jobs to survive a living for both the children.
He first started playing chess at the age of six. With no partner to play against, he started playing against himself. In his early years, he travelled a lot with his mother, shifting from one place to another. It was after almost ten transits that the family finally shifted to Brooklyn in 1950. 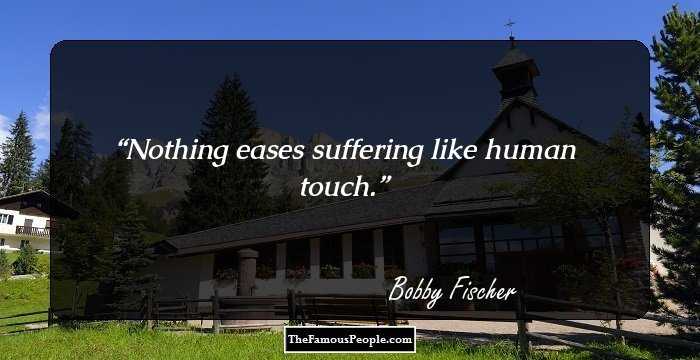 Who Is The Greatest Female Warrior In History?
Career
While in Brooklyn, he dedicated much of his time to playing chess. It was while playing against a chess master at an exhibition that he was spotted by Brooklyn Chess Club President Carmine Nigro. Impressed by his playing skills, Nigro introduced him to the club to attain training in the game.
In 1954, he was introduced to grandmaster William Lombardy who, in turn, taught him the nuances of the game. The two engaged in playing quality chess. It was these sessions that build a strong foundation on which he relied on for the rest of his life.
In 1955, he secured a membership with the Manhattan Chess Club. The following year, he attended the Hawthorne Chess Club. It was there that he befriended Jack W Collins who went on to become his mentor. He not only played several competitive matches against Collins but also read deeply through the latter’s large chess library.
His career experienced an astonishing upward rise as Fischer soon climbed the rating chart to list himself at the number one position on the United States Chess Foundation.
In 1956, he created history by becoming the youngest ever US Junior Chess Champion with a score of 8½/10. The same year, he tied for the 4–8th places with Arthur Bisguier at the U.S. Open Chess Championship, scoring 8½/12. Furthermore, he gave impressive performance at the Canadian Open and Eastern States Open Chess Championship.
While his overall performance at the championships garnered him enough popularity and fame, it was his match against International Master Donald Byrne that made him a household name in the world of chess. He outshined the master player with his exceptional chess playing skills, to record the finest game in the history of chess prodigies. The game went on to be called, ‘The Game of the Century’
In 1957, he excelled his own world record by securing 2231 at the USCF’s eleventh national rating list. With this score, he became the country's youngest ever chess master. He went on to bag the US Junior title for the second time and became the youngest ever U.S. Open Champion
In the 1957-58 U.S Championship, he played against world champions, Samuel Reshevsky, Arthur Bisguier and William Lombardy. Against all predictions, he scored eight wins and five draws to win the tournament, thus becoming the youngest ever U.S. Champion. The victory secured him the title of International Master.
With a score of 2626 and an international master title in his kitty, he qualified to contest the 1958 Portorož Interzonal. The competition was his next step towards securing the title of World Champion.
Continue Reading Below
In 1957, he attempted to participate in the World Youth and Student Festival but in vain. It was only in 1958 that he visited Russia to be a part of the game show, ‘I’ve Got a Secret’.
He visited the Moscow Central Chess Club where he played against two young Soviet masters. What’s more, he even outshined against grandmaster Vladimir Alatortsev in three games.
He was finally invited to play as early guest to the Interzonal. Merely fifteen, he recorded a brilliant victory despite having a bumpy start, finishing on a strong note. He became one of the top six finishers in the Interzonal, thus easily qualifying for the Candidates Tournament. With this, he became the youngest person ever to qualify for the Candidates.
Meanwhile, he secured a victory at the1958–59 U.S Championship. At the 1959 Candidates Tournament, he finished at the fifth place out of eight, with a score of 12½/28. However, he lost to tournament winner, Tal, who in turn won all the four individual matches.
Over the next few years, he recorded a victory at various tournaments including the US Championship. However, with the turn of events and the accusation of Soviet of collusion, he momentarily retired from the game only to return back.
In 1970, he started working to become a World Champion. At the 1970 and 1971 world championship candidate matches, he recorded a 20 consecutive winning game streak before losing it to former world champion Tigran Petrosian. However, he defeated the latter to challenge Boris Spassky for the world title.
Though he lost the first two matches against Spassky, he soon returned with his magical touch and innovative spirit to record an impressive victory. With a score of 12.5 to 8.5 on seven wins, one loss and 11 draws in 19 games, he not just won the match but became the World Chess Champion.
Refusing to defend the world title, due to the rejection of his demands by the World Chess Federation, he let go off his title which was taken over by Anatoly Karpov, who was declared as the new World Champion in 1975. Following this, he went on a 20 years of self-proclaimed exile from playing chess.
In 1992, he returned to play against Boris Spassky. This match took place in Sveti Stefan and Belgrade, Yugoslavia. The match was held in defiance of the United Nations sanctions against Slobodan Milošević's Serbia for war crimes. The sanctions also included commercial activities. He outshined Spassky to record a victory.
Since United States supported and intended to enforce the UN sanction, he violated an American law, which entitled him for 10 years of imprisonment, and evading the same, he lived the rest of his life in exile in Hungary, Philippines and Japan
In 2004, he was detained at Narita Airport in Tokyo for travelling on an invalid US Passport. Denouncing his citizenship of America, he fought deportation until he was granted Iceland citizenship. He spent the rest of his life as a recluse in Iceland. 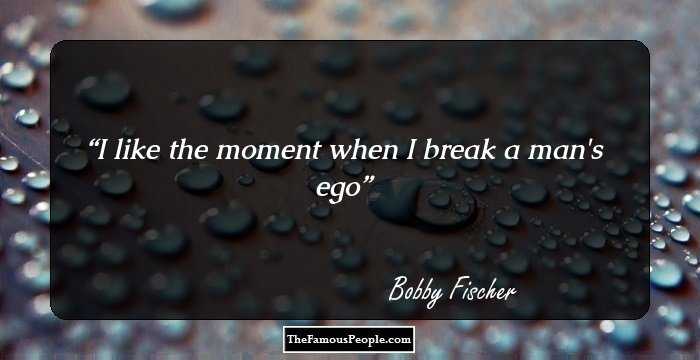 Quotes: Like, Ego, I
Personal Life & Legacy
Not much is known about his personal life except for the fact that he supposedly married a Japanese woman named Miyoko Watai.
He was engulfed with various diseases that left him terminally ill. In 2008, he breathed his last due to degenerative renal failure in Reykjavík. He was buried in the small Christian cemetery of Laugardælir church, outside the town of Selfoss,
He is considered by many as the greatest chess player who ever lived. Chess grandmasters and international masters have claimed him to be the legendary player that the game ever witnessed.
Trivia
This American chess World champion was the youngest ever Junior Champion at the age of 13. He was also the youngest ever candidate for World Championship and the youngest ever Grandmaster 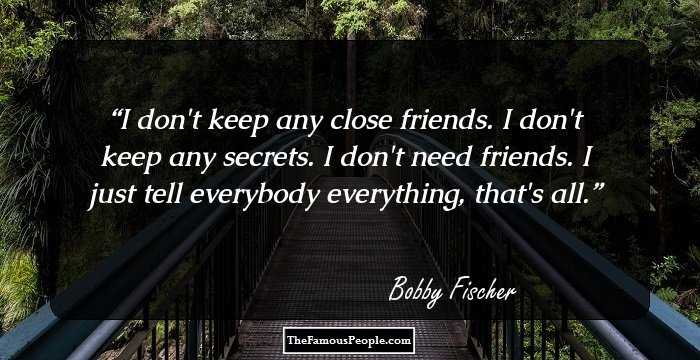 See the events in life of Bobby Fischer in Chronological Order