Bobby Bones is an American radio and television personality, best known for his nationally syndicated country music radio show, The Bobby Bones Show. Born as Bobby Estell, he was raised in poverty by his single mother and maternal grandmother. But despite that, he managed to have proper education, eventually earning his B.A. degree in Radio/Television, at the age of twenty-two. He developed a love for radio, when at the age of five he was given a radio set as a birthday present. He started on his career as a disc jockey while studying at the Henderson State University. Later, he joined 96.7 KISS (KHFI-FM) in Austin and while working there started developing The Bobby Bones Show. The show was later shifted to Nashville, where it was nationally syndicated, eventually reaching 100 cities. Very popular with his audiences, Bobby Bones is also the author of two bestselling books and a full-time mentor on American Idol. Don Imus
2nd April In History
DID WE MISS SOMEONE?
CLICK HERE AND TELL US
WE'LL MAKE SURE
THEY'RE HERE A.S.A.P
Quick Facts

awards: Academy of Country Music Award for National On-Air Personality of the Year 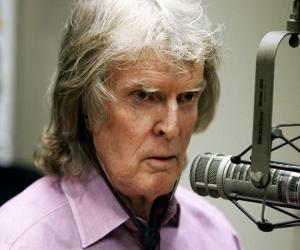 Bobby Bones was born as Bobby Estell on April 2, 1980, in Hot Springs, located in the US state of Arkansas. At the time of his birth, his father, whose name is not known, was seventeen and his mother, Pamela Hurt, was fifteen. Bobby has a younger sister called Amanda.

When Bobby was nearly five years old, his father abandoned the family. Thereafter, the children were raised by their single mother in a trailer at Mountain Pine. They had to depend solely on welfare checks and food stamps. When the supply ran out his mother would resort to stealing.

His mother was also addicted to alcohol and drugs, as a result of which she was not around most of the time. Perhaps because of that he was legally adopted by his grandmother, Hazel Hurt, and was raised by her for some time. She died when Bobby was in his teens.
Continue Reading Below
Early Infatuation with Radios

On his fifth birthday, shortly after his father had left the family, Bobby’s aunt gave him a small radio. She also asked the local DJ to wish him happy birthday. The incident amazed him so much that he decided to become a radio man when he grew up.

As Bobby Bones grew up, he became more and more obsessed with his radio, spending lot of time listening to KLAZ 105.9 and US 97. Among his favorites were Garth Brooks and Tim McGraw. Through his grandmother, he also learned to appreciate singers like Johnny Cash, Randy Travis and Conway Twitty.

Despite being raised in poverty, Bobby Bones had proper education. He graduated from Mountain Pine High School in 1998. Thereafter, he entered Henderson State University from where he earned his B.A. degree in Radio/Television in 2002.

Soon after entering Henderson State University, Bobby Estell joined the University’s radio station, KSWH-FM "The Pulse”. Later, he switched to KLAZ 105.9, where he initially served as a studio hand. Later he was offered airtime, simultaneously being told to choose between Bobby Z or Bobby Bones as his new moniker.

Although he picked Bobby Bones, he was not very satisfied with it and would have preferred to use his real name if he could. However, it stuck on him ever since and he remained with KLAZ 105.9 till he graduated from Henderson. .
In 2002, after spending some time at Little Rock, working for Q100/KQAR and KLAL, he finally moved to Austin. There he began working for 96.7 KISS (KHFI-FM), a commercial radio station owned by Clear Channel (now iHeartMedia).
Building Bobby Bones Show

At KHFI-FM, Bobby Bones was initially put on the evening slot. But before long, he was transferred to the morning slot and it was while working there that he began building his signature show, the Bobby Bones Show, which was premiered in February 2003.

Specializing in Top 40 format, it soon became Austin's most popular morning show. Slowly he began to expand it through selective syndication, which greatly enhanced his popularity. Although he started getting other offers, he preferred to stay put.

From 2009, he started branching out, making appearance in Bandslam and guest hosting on Live! With Regis and Kelly. From 2012, he also started hosting the weekend Fox Sports Radio show, Roddick and Bones.

Continue Reading Below
In Nashville

In the fall of 2012, Clear Channel shifted the entire Bobby Bones Show with its Top 40 format to Nashville. Eventually, it was syndicated by Clear Chanel’s subsidy, Premiere Networks, and launched nationwide on the country music format.

The new show, which was made available via iHeartRadio.com, was premiered on February 18, 2013. In March, he launched another four-hour weekend program called Country Top 30 with Bobby Bones.

By 2016, Bobby Bones Show became available on 68 radio stations. Very soon, it became a regular interview stop not only for top country music stars, but also for other musicians, making it even more popular.

Concurrently with hosting shows, Bobby Bones also started branching out, releasing an EP called The Raging Kidiots in November, 2015. In March 2016, he released his only studio album, entitled The Critics Give It 5 Stars.

In May 2016, he published his first book, a memoir entitled Bare Bones, I'm Not Lonely If You're Reading This Book. It became very popular with the readers, prompting him to publish Fail Until You Don’t: Fight. Grind. Repeat in June 2018.

In 2017, he launched his own podcast network, the Nashville Podcast Network. It is a collection of seven popular podcasts, including his earlier podcast, BobbyCast, which according to Washington Post is a "treasure trove of unusually candid anecdotes…"

In 2018, he became a guest mentor for season sixteen of American Idol, returning to its seventeenth season in March 2019 as a full-time mentor. Meanwhile in September 2018, he appeared on the 27th season of Dancing with the Stars�as a competitor.

In June 2019, he visited Norway to shoot the Bobby Bones episode of Running Wild With Bear Grylls, a survival skills reality television series aired on Nat Geo. The episode was aired on January 14 2020.

Bobby Bones is best known for The Bobby Bones Show, a nationally syndicated country music radio show, currently aired during the morning drive on nearly 100 stations, reaching millions of listeners across the US. In Canada, the show is carried by the Pure Country network and aired in the evening.

On April 6, 2014, he won the Academy of Country Music Award for National On-Air Personality of the Year along with his co-hosts, Amy and Lunchbox.

On November 2, 2017, he was inducted into the National Radio Hall of Fame at the Museum of Broadcast Communications in Chicago.

Little is known about Bobby Bones’ personal life. However, it is rumored that he is dating his Dancing with the Stars partner, Sharna Burgess.

See the events in life of Bobby Bones in Chronological Order 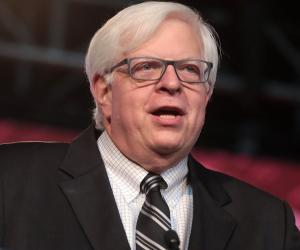 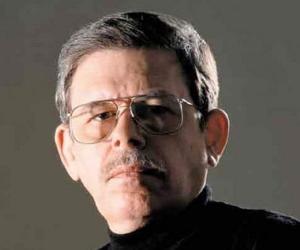