Bill Pullman, born as William James Pullman, is an eminent American actor. He made his film debut in the flick ‘Ruthless People’ and has since acted in several other movies, such as ‘Spaceballs’, ‘The Serpent and the Rainbow’, ‘While You Were Sleeping’, ‘The Last Seduction’, ‘The Accidental Tourist’, ‘Casper’, ‘Lake Placid’, ‘Lost Highway’, ‘Cold Feet’, ‘A League of Their Own’, ‘Zero Effect’ and ‘The Equalizer’, to name a few. The actor has also worked regularly on television, mostly in miniseries and movies. He had a starring role in the television shows ‘1600 Penn’ and ‘Torchwood: Miracle Day’. As of late 2017, Pullman is one of the lead actors of USA Network's murder-mystery series ‘The Sinner’. In addition to his television and film career, the American artiste has performed on stage as well. One of his famous plays was titled ‘The Goat, or Who is Sylvia?’ for which he earned a nomination for a Drama Desk Award. Pullman also earned a Saturn Award nomination for his contribution to the series ‘Torchwood: Miracle Day’. 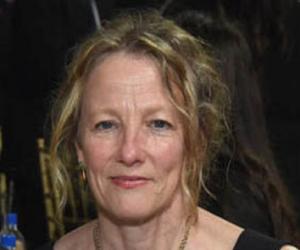 Miles Teller
Actors #513
Film & Theater Personalities #1156
Continue Reading Below
DID WE MISS SOMEONE?
CLICK HERE AND TELL US
WE'LL MAKE SURE
THEY'RE HERE A.S.A.P
Quick Facts

American People
New Yorkers Actors
University Of Massachusetts Amherst
Tall Celebrities
Tall Male Celebrities
Career
During the 1980s, Bill Pullman worked with the local theatre companies around Los Angeles and New York. He also appeared in the movies ‘Ruthless People’, ‘Spaceballs’, ‘The Serpent and the Rainbow’ and ‘The Accidental Tourist’. Then in 1990, the actor was cast in the films ‘Brain Dead’, ‘Sibling Rivalry’ and ‘Bright Angel’. The same year, Pullman appeared in an episode of ‘The Tracey Ullman Show’. After this, he became a part of the movies ‘Liebestraum’, ‘Newsies’, ‘A League of Their Own’, ‘Singles’, ‘The Favor’, ‘The Last Seduction’, ‘While You Were Sleeping’ and ‘Casper’.
Pullman then did the television movie ‘Mistrial’ in 1996. The following year, he played George Bailey in the television flick ‘Merry Christmas, George Bailey’. After this, the American actor got featured in the film ‘Zero Effect’. From February 2001 to February 2002, he starred in the play titled ‘The Goat, or Who is Sylvia?’ During this time, Pullman also did the movies ‘Ignition’ and ‘Igby Goes Down’.
In 2005, he played Richard Massey in the series ‘Revelations’. A year later, he acted in the flick ‘Scary Movie 4’. Until 2011, the actor did numerous movies including ‘Nobel Son’, ‘You Kill Me’, ‘Surveillance’, ‘Bottle Shock’, ‘Phoebe in Wonderland’, ‘Your Name Here’, ‘Peacock’ and ‘The Killer Inside Me’. Soon after this, he starred as Jamie Dimon and Rusty Sabich in the 2011 TV movies ‘Too Big to Fail’ and ‘Innocent’ respectively.
In the early 2010s, Pullman also played Oswald Danes in the drama series ‘Torchwood: Miracle Day’. From 2012 to 2013, he played President Dale Gilchrist in the comedy series ‘1600 Penn’. After this, he got featured in the films ‘Red Sky’, ‘Cymbeline’, ‘American Ultra’, ‘The Equalizer’ and ‘Brother Nature’. In 2017, Pullman joined the cast of the crime drama series ‘The Sinner’.
You May Like

American Actors
Sagittarius Actors
Actors Who Are In Their 60s
American Film & Theater Personalities
Continue Reading Below
Personal Life
Bill Pullman was born as William James Pullman on December 17, 1953, in Hornell, New York, USA, to Johanna and James Pullman. He graduated from the Hornell High School in 1971. After this, he attended the State University of New York at Delhi as well as the State University of New York at Oneonta. Later on, the actor earned his Masters of Fine Arts degree from the University of Massachusetts Amherst.
Pullman has been married to Tamara Hurwitz since 1987. The couple has three children.
Recommended Lists: