Benjamin Mascolo is an Italian pop singer who is part of the pop duo Benji & Fede. A native of Modena, Mascolo developed an interest in music quite early in his life. He set up his self-titled YouTube channel in May 2008 and started posting his songs on it. He met his partner Federico Rossi on the internet in December 2010, and they subsequently began their collaboration as a YouTube cover group. In 2014, they released their first single, ‘Best Song Ever’. In the following year, the duo became a household name in Italy following the release of their breakthrough single, ‘Tutta d'un fiato’. Their first studio album, ‘20:05’, released through Warner Music Italy in October 2015, was certified platinum by the ITA. Benji & Fede has since released two more platinum-certified albums, ‘0+’ and ‘Siamo solo noise’ and is currently one of the most popular music acts in their native country. Mascolo has recently garnered the attention of international media for his relationship with American actress and singer Bella Thorne. He is extremely active on social media. On Instagram, he has accumulated over a million followers, while on Twitter, he has more than four hundred thousand followers. Sam Smith
Pop Singers #1317
Singers #6250
Continue Reading Below
DID WE MISS SOMEONE?
CLICK HERE AND TELL US
WE'LL MAKE SURE
THEY'RE HERE A.S.A.P
Quick Facts

Italian People
Male Singers
Gemini Singers
Italian Singers
Male Pop Singers
Early Life & Childhood
Benjamin Mascolo was born on June 20, 1993, in Modena, Emilia-Romagna, Italy. Little else is known about his family and upbringing. He has been singing since he was quite young. On May 14, 2008, he created his self-titled YouTube channel and later began uploading songs on it. All of those videos have since been taken down. These days, the channel is predominantly inactive and has over 40 thousand subscribers and more than two million total views.
You May Like

Gemini Pop Singers
Italian Pop Singers
Gemini Men
Continue Reading Below
Benji & Fede
Mascolo and Rossi became acquainted on the internet on December 10, 2010, and created the duo Benji & Fede. They set up the group’s YouTube channel on February 2, 2013, and posted the oldest video on it, titled ‘Benji & Fede - She Will Be Loved / One More Night (Maroon 5)’, on the following day. In those early years, they exclusively did covers of popular songs of other musicians. They experienced their share of struggle. They went through numerous rejections and several doors were closed in their faces, including those of Sanremo Music Festival 2015 during the selection process in 2014. They utilized social media to communicate with and expand their fan base. A radio station reached out to them for a tour. During one of these performances, they were spotted by a talent scout from Warner Music Italy, who gave them a record deal.
In 2015, they released the single ‘Tutta d'un fiato’ to a positive response. It became their breakthrough song and reached the 75th position on the ITA music chart, receiving their gold certificate. They subsequently got the chance to perform at the second edition of the Coca Cola Summer Festival. On October 9, 2015, their first studio album, ‘20:05’, was released. It contained nine tracks: ‘Tutta d'un fiato’, ‘Lettera’, ‘Lunedì’, ‘Senza te’, ‘New York’, ‘Fino a farmi male’, ‘Tempo di cambiare’, ‘Stroboscopica’, and ‘Prendimi per mano’. The duo went for a promotional tour for the album, which opened at the top of the FIMI Albums Ranking.
Benji & Fede made an appearance during the third evening of the Sanremo Festival 2016 along with Alessio Bernabei. Their autobiography, ‘Vietato smettere di sognare’, was published on 31 March. In June, they collaborated with the Spanish singer Xriz on the remake of the latter’s song ‘Eres mía’.
On October 21, 2016, they put out their second studio album, ‘0+’. Comprised of 11 songs, this album peaked on the Italian music chart as well. It features three songs in which the duo collaborated with other pop stars. On ‘Traccia numero 3’, they worked with fellow Italian singer Max Pezzali. They also worked with Italian singer Annalisa on ‘Tutto per una ragione’ and English singer Jasmine Thompson on ‘Forme geometriche (addicted to you)’.
Their third album, ‘Siamo solo noise’, was released on March 2, 2018. Another chart-topper, it contained 12 tracks, including the widely popular ‘Moscow Mule’ and ‘Buona fortuna’. On May 31, 2019, Benji & Fede released their single ‘Dove e quando’.
Relationship with Bella Thorne
Benjamin Mascolo has been in the news lately due to his relationship with actress Bella Thorne. Dubbed as the star of the future, Thorne has garnered fame for portraying Ruthy Spivey in NBC’s ‘My Own Worst Enemy’, Tancy Henrickson in HBO’s ‘Big Love,’ and CeCe Jones in Disney Channel’s ‘Shake It Up’. On the big screen, she has appeared in films like ‘Blended’ (2014), ‘Alvin and the Chipmunks: The Road Chip’ (2015), ‘Amityville: The Awakening’ (2017), and ‘Assassination Nation’ (2018).
Sometime after February 2019, Throne began dating Mascolo. They were first seen together in April, prompting Thorne to confirm the news shortly after. As they are primarily active in two different continents, their relationship is a long-distance one. However, this is not Thorne’s first unusual relationship. Before Mascolo, she was in a polyamorous relationship with musician Mod Sun and internet personality Tana Mongeau. 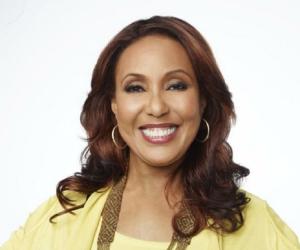