Baylor Barnes is an American Instagram star, who has earned fame for posting collaborative vine videos and random photographs on his Instagram account. He is a part of the popular vine trio, ‘Dem White Boyz.’ Baylor’s childhood friends, Cole LaBrant and John Stephen Grice, complete the trio. Ever since they created this vine band, they have delivered several hilarious vines and sketch comedy videos that have helped their account in earning more than 250,000 followers. Their compilation videos are also available on YouTube. Baylor also has a separate YouTube channel, but it is yet to become popular among YouTube viewers. Baylor has appeared in a couple of videos, posted on Cole’s and Stephen’s individual YouTube channels. Jake Webber
DID WE MISS SOMEONE?
CLICK HERE AND TELL US
WE'LL MAKE SURE
THEY'RE HERE A.S.A.P
Quick Facts

American Instagram Comedians
Aquarius Men
Baylor always had a passion for acting and comedy. He loved posing in front of the camera and dreamt of becoming a star later in his life. After his graduation, he started focusing more on his acting and comedy skills. When he shared his dream with his friends, they decided to come up with a few sketch comedy scripts. When they were done with the writing part, they decided to enact the play. Since they were happy with the end result, they decided to make it public.
They then came up with an idea of creating a group and named it ‘Dem White Boyz.’ They even participated in a vine competition on the internet and their video performed well in the competition, providing them with the much needed confidence. The trio began their social media journey through a video application called ‘Twerk.’ They became popular in no time and soon, they were the most watched vine artists.
To increase the number of their followers, the trio came up with different ideas which improved the quality of their videos. Baylor then shared one of his experiences when he was approached by the mother of one of his fans who wanted her daughter to feature in any of his videos. Such was his popularity.
When the Twerk application was declared defunct, the trio turned their attention towards Instagram and started posting vine videos on their Instagram account. They soon earned popularity in Instagram and were among the top viners. The trio is now compared with popular social media stars like Jerry Purpdrank, Alx James and King Bach.
In an attempt to earn more followers, Baylor started posting random pictures of him and his friends on his own Instagram account. By doing so, he caught the attention of many viewers and his personal fan following too, increased. He and his friends went on to perform in many tours and video conventions. Baylor then joined YouTube where he began posting his vine compilations and other random videos. He also posted a video on how he came up with the concept of a vine trio and the efforts put in by him and his friends to make it a success.
After a while, Baylor and his friends stopped posting videos. A few days later, Baylor posted a video on his YouTube channel and stated the reason behind not posting videos along with his friends. All the members of ‘Dem White Boyz’ now have their own individual career on social media. Due to lack of time, their group was disbanded.
However, Cole is still handling the vine channel under the name, ‘Cole&Sav,’ along with his wife, Savannah Soutas. Baylor, along with other popular artists like Kyle Moon and Nick Bean, appeared in the TV show ‘Good Times’ which was shot in Nashville.
Continue Reading Below
Personal Life
Baylor Barnes was born on February 17, 1997, in Troy, Alabama, United States of America. He has a sister named Kayla. Baylor graduated from Charles Henderson High School, along with his friends Cole LaBrant and John Stephen Grice. He is an avid baseball fan and loves spending time playing the sport.

Baylor is in a relationship with a girl named Averi Williams. He often posts their pictures on his Instagram account. Averi too, is quite popular on Instagram and has many followers. 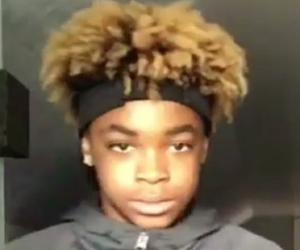