Barry Herridge is an Irish psychotherapist and the fourth husband of famous Irish singer and songwriter Sinéad O’Çonnor. Sinéad is known for her controversial personal life. Before getting married to Barry, she married thrice. She has four children from her previous marriages. Barry, who is known as a media-shy person, shocked everyone with the announcement of his marriage with the controversial celebrity. They got married in Las Vegas in 2011. Unfortunately, the marriage lasted only for about 16 days. Sinéad cited various reasons for the split and regretted having shared some of the details of her relationship with Barry. Soon, the news of their reunion surfaced. Their second stint with each other lasted for a few months. Sinéad and Barry are now officially separated. 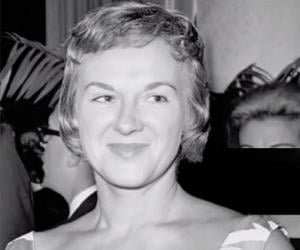 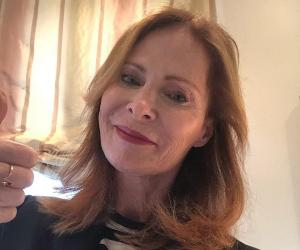 Nancy Wiesenfeld
Continue Reading Below
DID WE MISS SOMEONE?
CLICK HERE AND TELL US
WE'LL MAKE SURE
THEY'RE HERE A.S.A.P
Quick Facts

Irish People
Leo Men
Birth & Education
Barry was born on August 10, 1973, in Ireland, to Barry Snr and Teresa. She grew up in Donaghmede, north Dublin.
Barry attended the 'Dublin Counselling and Therapy Centre' for three years, from 2003 and 2006. Barry then earned a degree in consciousness and transpersonal psychology from the 'Liverpool John Moores University.'
You May Like

The Best Black Actresses Of All Time
Continue Reading Below
Career
Barry practiced as a psychotherapist in Dublin for five years. He has also worked for the 'Irish Association of Humanistic and Integrative Psychotherapy.' He later joined as a member of a multi-disciplinary team at ‘Substance Abuse Service Specific to Youth’ (SASSY).
Barry practices psychotherapy in an office located in ‘Mountjoy Square,’ one of the most socially deprived parts of Dublin. Barry worked as an IT professional when he was in his twenties. He later decided to change his domain to psychotherapy.
Relationship with Sinead
Barry is a shy, quiet, reserved, and conservative person. He was never allured by the celebrity world. Thus, Barry’s relationship with a celebrity such as Sinéad shocked his friends and family. Moreover, his acquaintances thought Barry could never date a celebrity as controversial as Sinéad.
Barry first contacted Sinéad through the internet. This happened a few months after Sinéad’s marriage to Australian musician Steve Cooney ended. Barry had a crush on the celebrity singer much before he met her. In an attempt to meet Sinéad, Barry emailed her. Barry’s email was one of the thousands that Sinéad received from her fans. However Barry’s message captivated her enough to meet him.
Sinéad, who is six years younger to Barry, did not hesitate to meet him. They met at a coffee shop on South William Street. They were instantly smitten by each other’s charm. Barry proposed marriage to her. He continued to propose marriage on their next few dates, until Sinéad eventually said “yes.” Barry proposed with a gold ring, decked with a ruby stone, which he had bought from ‘Fields the Jeweller’ in 'Dundrum Town Centre.'
Barry and Sinéad got married on December 8, 2011, at Las Vegas's 'Little White Chapel.' The ‘Irish Independent’ hired Las Vegas-based photographer John Gurzinski to capture the wedding. While everything seemed rosy between Barry and Sinéad, the real picture was the exact opposite.
Sinéad posted a picture of a bunch of empty seats at the chapel where the wedding took place on her social-media account. The caption read: "our celebrity guests." It indicated a lot about the real picture of Barry’s marriage to Sinéad. However, there was no news of any split at that time. The following day, Barry and Sinéad returned to Ireland. Sinéad continued to keep her fans updated on her love life through her blogs.
The news of Barry and Sinéad’s broken marriage surfaced after a fortnight. Sinéad announced the end of her marriage with Barry though a long and heartfelt message. She revealed that they had lived together as a married couple only for seven days. She stated that the marriage was "like living in a coffin."
On January 3, 2012, Sinéad posted about their reunion. She revealed that Barry had apparently traveled to her home in Bray, Ireland, and had decided to move in with her after a year of courtship. In addition to these details, Sinéad indicated that a few of Barry’s friends and relatives were opposed to the reunion.
Amidst this chaos, Sinéad once posted a suicide note on her 'Facebook' page. In the note, she blamed her family, a few friends, her exes, and Barry for her decision. Sinéad has been suffering from bipolar disorder and manic depression for a long time. She has also been hospitalized for her issues on several occasions. Although she blamed Barry in the suicide note, she asked him to stay by her side.
A few months after Sinéad’s announcement of her reunion with Barry, she again announced the end of her relationship. Sinéad finally called it quits and blamed the media for it. According to her, it was becoming difficult for Barry, whom she called an “innocent flower," to sustain such pressure. She also claimed that her depression caused by the intense media scrutiny of Barry had ended the relationship.
You May Like 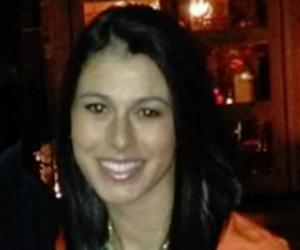