Barbara Harrison was an American author and journalist, most famous for her autobiographical works and travel writings. Despite experiencing a troubled childhood where none of the parents cared about her and had her admitted to Jehovah’s Witnesses community, she emerged as a prolific writer and an equally exceptional journalist. The turning point in her life and career was her decision to leave the aforementioned religious community where she used to work after completing her high school. After three years of working there, she renounced the faith and left. What followed was a successful self-education and she blossomed into a multifaceted writer of a wide variety of literature from travel books to essays and fictional novels. She is also considered to be a gifted interviewer and contributed to many national magazines and newspapers. She is regarded as a perceptive author and is best known for her autobiographical essays. Her historical research along with the exploration of complicated religious topics and her courageous treatment of feminism also received high appreciation from reviewers and readers all across the globe. She established her reputation as a thoughtful interviewer and writer who is unafraid to explore personal, literary or social complexities. Her courage, sensitiveness and passion for writing transformed her into an inspiring personality for women all around the world. Shonda Rhimes
Journalists #1960
Writers #7189
Media Personalities #4387
DID WE MISS SOMEONE?
CLICK HERE AND TELL US
WE'LL MAKE SURE
THEY'RE HERE A.S.A.P
Quick Facts

American Celebrities
Writers
Journalists
American Women
Virgo Writers
Childhood & Early Life
She was born on September 14, 1934 in Queens, New York, U.S. to first generation American parents. Her grandparents were immigrants from Calabria in Southern Italy.
Her childhood was deeply troubled as her mother was emotionally distant and mentally unstable while her father used to sexually exploit her and once tried to kill her.
When she was nine, she and her mother were converted to be ‘Jehovah’s Witnesses’, a restorationist Christian society with beliefs different from mainstream Christianity. Her father and brother did not convert which gave rise to domestic instability.
She was a talented student and received early education from the New Utrecht High School in Brooklyn. Being a brilliant student, she skipped several grades in school and graduated from high school successfully.
While studying in school, she fell in love with her English teacher, Arnold Horowitz, who first appreciated and encouraged her writing. He also reciprocated romantic feelings towards her and they stayed in-touch with each other for several years although their relationship remained platonic throughout. 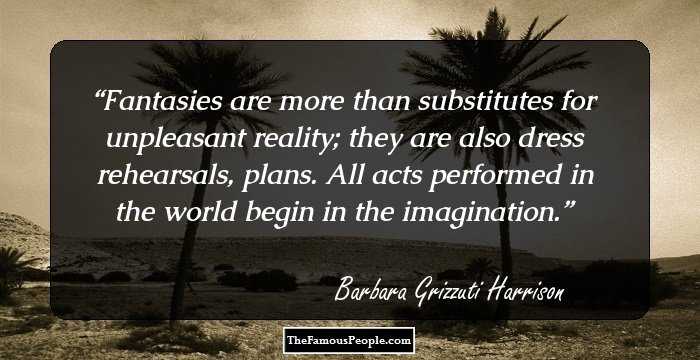 The Most Popular US Veterans
Career
After completing high school, she went to work at the religious society’s world headquarters, the Watchtower Bible and Tract Society, at Bethel. But after she was forced to end her relationship with Horowitz by the religious society, she experienced a nervous breakdown and eventually left Bethel.
After leaving Bethel, she moved to New York's East Village and started working as a secretary in a publishing house. Later she worked at the American Committee on Africa where she met her future husband.
In 1969, her first book titled ‘Unlearning the Lie: Sexism in School’ was published which examined the widespread impact of sexism in schools.
In 1978, her next book ‘Visions of Glory: A History and a Memory of Jehovah's Witnesses’ was published. It depicts a history of the Jehovah's Witnesses and the dozen years she spent as their member. Despite her personal involvement with the group, the book is generally perceived as a fairly objective account of the community’s past.
In 1980, her essay collection titled ‘Off Center’ was published. Another collection of essays, interviews, and short stories which reflects on her diverse experiences and interests was published in 1992 under the title ‘The Astonishing World’.
She also published two books about her travels in Italy, ‘Italian Days’ (1989) and ‘The Islands of Italy: Sicily, Sardinia, and the Aeolian Islands’ (1991).
Her last book ‘An Accidental Autobiography’ was published in 1996. It presented a collection of memories and reflections, loosely organized by theme in a narrative manner.
She also worked as a journalist and wrote for many of the leading periodicals of her time including The New York Times, The Los Angeles Times, The New Republic, Harper's and The Atlantic Monthly.
She was also considered a gifted interviewer and some of the people she interviewed were Red Barber, Mario Cuomo, Jane Fonda, Gore Vidal and Barbara Bush. 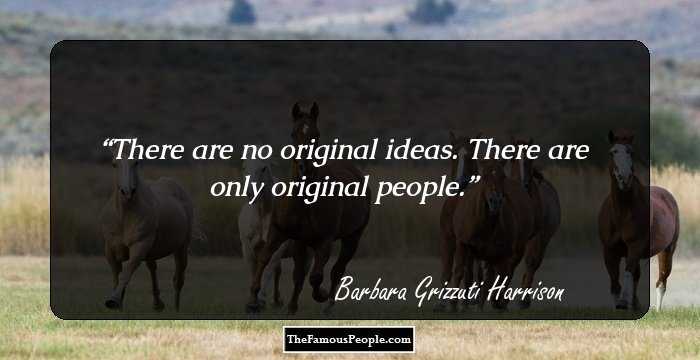 Major Works
Her distinguished book ‘Visions of Glory: A History and a Memory of Jehovah's Witnesses’ is an amalgamation of her autobiography with detailed historical research. It portrays religion as racist and sexist, but also depicts the members' kindness to one another and their courage in the face of persecution.
One of her most celebrated works is her confessional memoir, ‘An Accidental Autobiography’, which explores her life and the socio-political concerns of her time, such as religion, sexism, and family.
Awards & Achievements
In 1989, she won the ‘O. Henry Award for short fiction’.
Personal Life & Legacy
Harrison fell in love with Arnold Horowitz, an English teacher who encouraged and appreciated her writing talent. Their relationship, however, remained platonic but they kept in touch until Horowitz's death in the late 1960s.
She had a volatile three-year affair with an African-American jazz trumpeter whom she never publicly named. She called him ‘Jazzman’ in her autobiography.
In 1960, she married W. Dale Harrison, an aid worker for Cooperative for Assistance and Relief Everywhere (CARE). They were blessed with two children; a son, Joshua, and a daughter, Anna. They remained married for eight years and resided in several cities around the world including Mumbai, Hyderabad, Chichicastenango and Tripoli. They got divorced in 1968 and she came back to New York with her children.
She was a heavy smoker and was diagnosed with a lung disease, Chronic Obstructive Pulmonary Disease (COPD), in 1994. She died on April 24, 2002, at the age of 67, in a hospice in Manhattan, New York City, U.S.
You May Like