B2cutecupcakes is an American YouTuber known for posting toys and games videos on her channel. Her content primarily features toy reviews and unboxing along with DIYs, challenges, slime videos, kids’ activities and food based stuff. B2cutecupcakes also runs a second channel titled ‘Bcutecupcakes Life’ on which she posts vlogs as well as videos for teen and tween girls. Today, her channel is one of the most popular channels among young girls, with a family of over 1.7 million people. The most amazing part of her channel is that it features everything in detail. B2cutecupcakes’s second channel Bcutecupcakes Life also has hundreds of thousands of subscribers. Talking about the YouTuber, she is a cute and charming girl who has a lovely personality. Her down-to-earth nature is one of the many traits people like in her. B2cutecupcakes loves her fans dearly and often interacts with them through mails and comments. When the American beauty is not filming, she can be seen relaxing with her mother.
Continue Reading Below American People
Arizona YouTubers
Virgo Youtubers
Female Vloggers
Female YouTubers
Rise to Stardom
B2cutecupcakes created a self-titled channel on August 9, 2013. Since then, she has been creating and uploading toys and games related videos on it along with other amazing content. Her channel features cute toys, such as Barbie dolls, mermaids, Disney’s princesses and characters, animal toys, popular kids’ games, and a lot more.
Recommended Lists:

American Vloggers
American YouTubers
American Female Vloggers
American Women YouTubers
The two most popular toys and games videos on her channel are 'Orbeez Pool and Dolphin Summer Water Fun Play' and 'Giant Magic Orbeez - Slide Play with Magic Jumbo Water Balz'. The first video, having over 19 million views, features the YouTuber telling her audience how she grows the Orbeez. It also depicts her dolphin toy playing in the orbeez pool. The second video, with over 16 million views, depicts Giant Magic Orbeez and slide play with jumbo water balz. Besides these, the channels’ toy review videos, slime based videos, and kids’ activities are also fun to watch. B2cutecupcakes has uploaded numerous videos featuring her mother. Most of these videos are challenges and are super entertaining to watch.
Recommended Lists:

Virgo Women
Coming to the young girl’s second channel, it was launched under the name ‘Bcutecupcakes Life’ in 2015. It features family vlogs, fashion and beauty hauls, room tours, DIYs, back to school videos, and pet videos. She runs multiple series on her channel. Some of these are ‘Monday Blind Bag Bin’ ‘Tuesday Play Doh’, ‘Sunday Treats’ and ‘Teddy Tuesday’. Also popular on other social media platforms, B2cutecupcakes has about 25k followers on Instagram (as of May 2018).

Who Is The Most Popular BTS Member?
Continue Reading Below
Personal Life
B2cutecupcakes was born on September 12, 2005 in Arizona, the USA. Besides this, no exact information regarding her parents, school life, and family background is available. However, the YouTuber’s mother has been featured numerous times in her videos. Some of the challenges she has done with her mother are ‘Don’t Break the Ice challenge', 'Pie Face challenge', 'Pizza challenge' and 'Jumping Bunny challenge'.
B2cutecupcakes currently owns a pet dog named Teddy and often posts photos of her on social media. 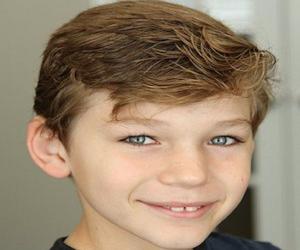