Ayesha Mukherjee is a Melbourne-based amateur kickboxer of Indian origin and former wife of famous Indian cricketer Shikhar Dhawan. Raised in Australia, Ayesha is a half-Bengali and half-British. Ayesha Mukherjee and Sikhar Dhawan got engaged in 2009 and married in 2012. The couple parted ways in September 2021, after eight years of marriage. They have a son named Zoravar. Shikhar Dhawan had earlier adopted Ayesha's two daughters from her previous marriage. Sakshi Dhoni
DID WE MISS SOMEONE?
CLICK HERE AND TELL US
WE'LL MAKE SURE
THEY'RE HERE A.S.A.P
Quick Facts 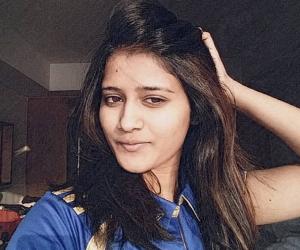 Indian People
Virgo Women
Family Background & Early Life
Ayesha was born on 27th August 1975 into a middle class family in India. Her father was a Bengali and her mother was of British descent. They both worked in an industrial plant in India, but shifted to Australia after her birth. Ayesha completed her schooling and graduation in Australia. She has a religious mind and has very good command over Bengali and English languages.
Continue Reading Below
First Marriage
Ayesha was married to an Australian businessman. Their first daughter, Aliyah, was born in 2000 and their second daughter, Rhea, was born in the year 2005. Both Aliyah and Rhea were born in the Melbourne suburb of Narre Warren, Australia.
Their married life was nice and smooth until they got separated because of some personal issues. The couple eventually got divorced in the year 2012. After the divorce, both Aliyah and Rhea decided to stay back with their father.
The Love Story of Ayesha & Shikhar Dhawan
Love knocked at Ayesha’s door once again when she met her then future husband Shikhar Dhawan on the popular social networking site, Facebook. When Dhawan was browsing through the site, Ayesha’s pictures caught his attention. Impressed by her enchanting looks, he wanted to know more about her and hence started going through her profile. His teammate and friend Harbhajan Singh was a common friend and he eventually played the cupid.
Harbhajan introduced Ayesha to Shikhar and they both started chatting. As they got to know each other, they discovered that they shared a lot of interests. Like Ayesha, Shikhar too, loves tattoos, good food, swanky clothes and physical fitness. These common interests brought them closer and in no time, they were head over heels in love with each other, despite the fact that Ayesha is ten years older to Shikhar.
Ayesha Mukherjee-Sikhar Dhawan Marriage
Shikhar Dhawan’s family members initially did not approve his relationship with Ayesha. His father, Mahendra Pal Dhawan, did not support their marriage due to the huge age difference between Shikhar and Ayesha. Also, Ayesha was a divorcee with two daughters. But his mother, Sunaina Dhawan, favored their relationship.
After a lot of persuasions, the family finally gave their consent to the marriage. Ayesha and Shikhar got engaged in 2009. Shikhar had to postpone the wedding, for he wanted to cement his place in the Indian cricket team before tying the knot. Ayesha agreed on that as she wanted Shikhar to gel with her daughters before becoming their step-father. The couple eventually tied the knot on 30th October, 2012.
Their wedding was a low key affair. They got married in accordance with the customs and rituals followed in a traditional Sikh wedding. Their wedding reception though was a grand affair and was attended by many cricketers and celebrities.
Ayesha and her two daughters proved to be very lucky for Shikhar as he displayed some remarkable performances post his wedding. He scored 5 ODI centuries in 2013, that too in just 28 matches. He also scored his fastest test hundred.
In 2014, Dhawan became a proud father as Ayesha gave birth to a baby boy, Zoravar Dhawan.
Ayesha Mukherjee-Sikhar Dhawan Divorce

On September 7, 2021, Ayesha Mukherjee announced about the divorce/separation through her new Instagram page.

Ayesha is a trained kickboxer, which naturally categorizes her as a sports fanatic and fitness freak. She religiously follows a daily fitness regime and indulges in heavy workout sessions. She also enjoys cooking a variety of Indian dishes. She is very much fond of tattoos. She has an attractive tattoo of ‘OM’ inked on her right bicep and on her back. She also has a decorative tattoo on her left bicep and a large tattoo on her back.